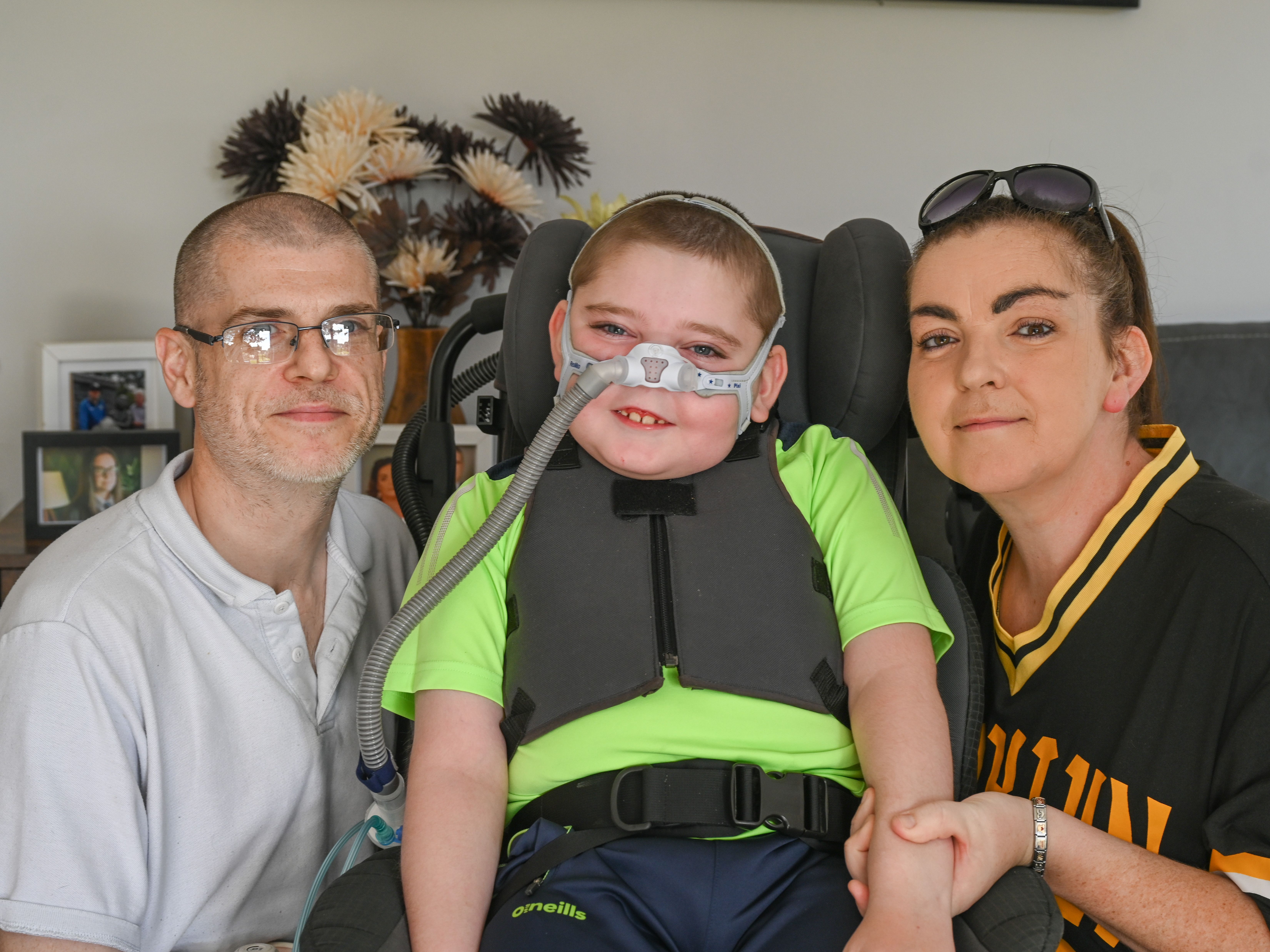 THE family of a terminally-ill boy have thanked the North Belfast community for their support in organising a special event allowing him to celebrate both his First Communition and his Confirmation at the same time.

Caoimhín Adams (7), from Newtownabbey, suffers from encephalopathy, a disease affecting the functioning of the brain. He also suffers from complex epilepsy, cerebral palsy, chronic lung disease and autism spectrum disorder (ASD). Caoimhin is in a wheelchair and on a breathing machine.

Due to his deteriorating health, the family, with the support of the Diocese of Down and Connor, have arranged a special 'blessing' event for Caoimhín to make both his First Holy Communion and Confirmation on the same day.

The service will be held in his Newtownabbey home with family friend, Fr Darren Brennan, officiating.

"We had no option but to bring forward his First Communion and Confirmation.

"The Bishop of Down and Connor, Noel Treanor, has a lovely set of rosary beads, which were blessed by the Pope, which he is giving to Caoimhín."

After sharing the news on social media, Caitriona was inundated with messages from kind-hearted strangers keen to help make the day even more special.

"The North Belfast community has been unreal," she added.

"I had reached out on Facebook to see if anyone knew any photographers, people to make food and get banners, balloons and so on.

"So many people came forward offering to pay for all these different things that we needed.

"The community has made Caoimhín’s blessing on Saturday possible.

"A woman messaged me offering to pay for the photographer. I don’t know her. It is just amazing.

"I got the cake and food for half-price and a woman is doing banners and balloons free of charge.

"I especially want to also thank the Diocese of Down and Connor who are making this possible, firstly in Caomhín's own house and secondly for letting a family friend, Fr Darren Brennan, do the service.

"We know that Caoimhín’s condition is life-limiting and we know that death is going to be in front of us within a short period of time.

"But there has also been so much positivity since his diagnosis and this community support for Saturday is the latest.