Fury as nationalist Carnmoney is blitzed with loyalist flags 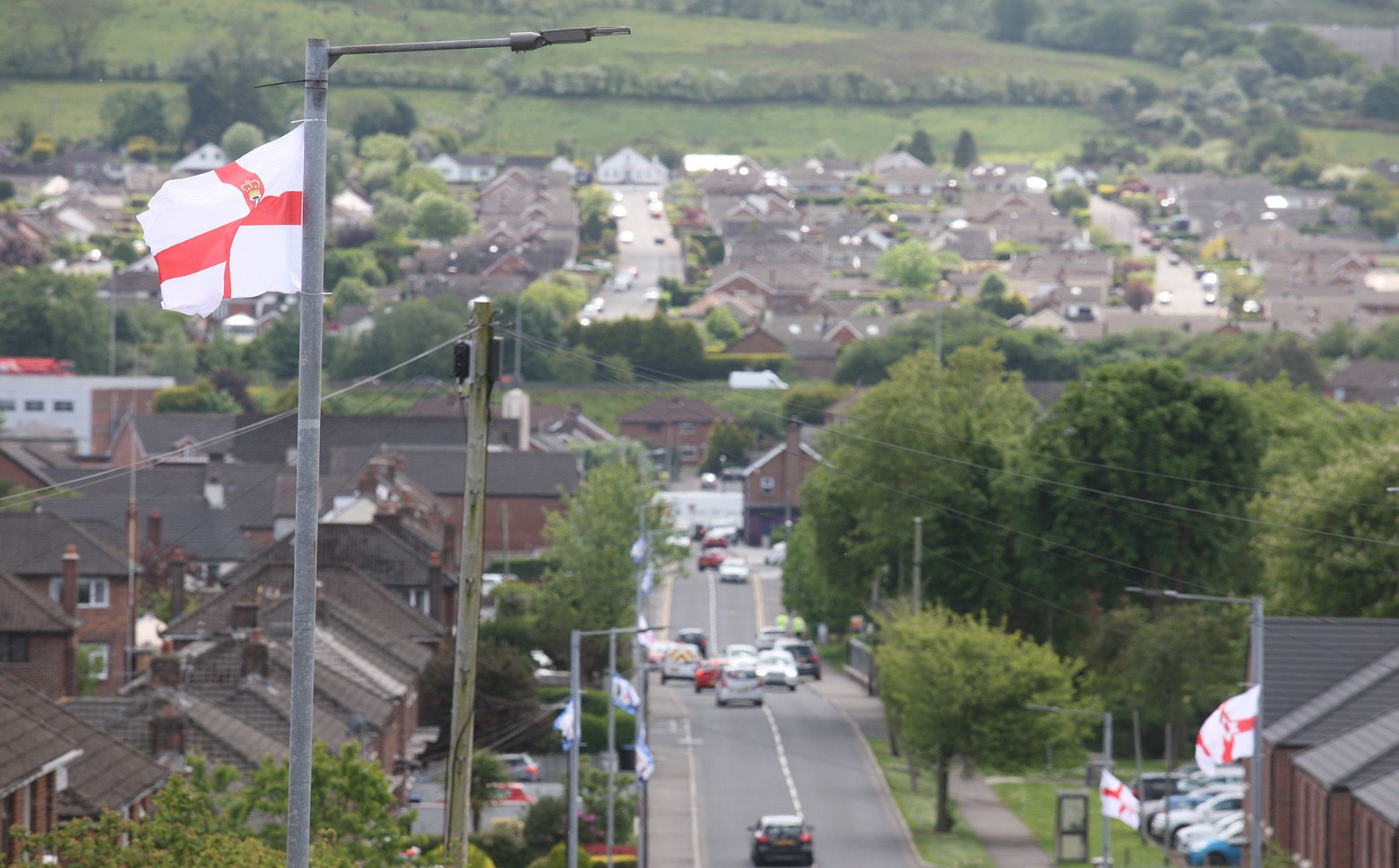 INTIMIDATING: Loyalist flags have been erected along the Carnmoney Road in Glengormley

RESIDENTS of the Carnmoney Road in Glengormley have been left “infuriated” after a large number of loyalist flags were erected in the area.

One local resident, who did not wish to be named, contacted the North Belfast News to express her anger over the flags.

“The flags were put up last Wednesday evening in broad daylight at teatime,” she said.

“There was no police presence or nobody to question what they were doing.

“It is a majority Catholic and Nationalist area. We have just got a rate increase and now we have all these flags to put up with.

“There seem to be many more than previous years and they stretch all the way along the Carnmoney Road. The flags are intimidating and it creates unnecessary tensions. Residents do not want any type of flags outside their houses. It is really infuriating.”

North Belfast Sinn Féin MLA Gerry Kelly said flags should not be used to intimidate and mark out territory.

“This proliferation of loyalist flags on the Carnmoney Road is unacceptable and is clearly aimed at marking out territory and intimidating residents," he said.  “My office has been contacted by many local residents worried and concerned after the flags appeared near their homes in recent days.

“It is my understanding that these flags have been put up in mixed communities and have extended much further than previous years.

“I have contacted the PSNI and The Department of Infrastructure to raise these concerns.

“People have a right to live free from the sectarian intimidation that these flags are designed to represent.”