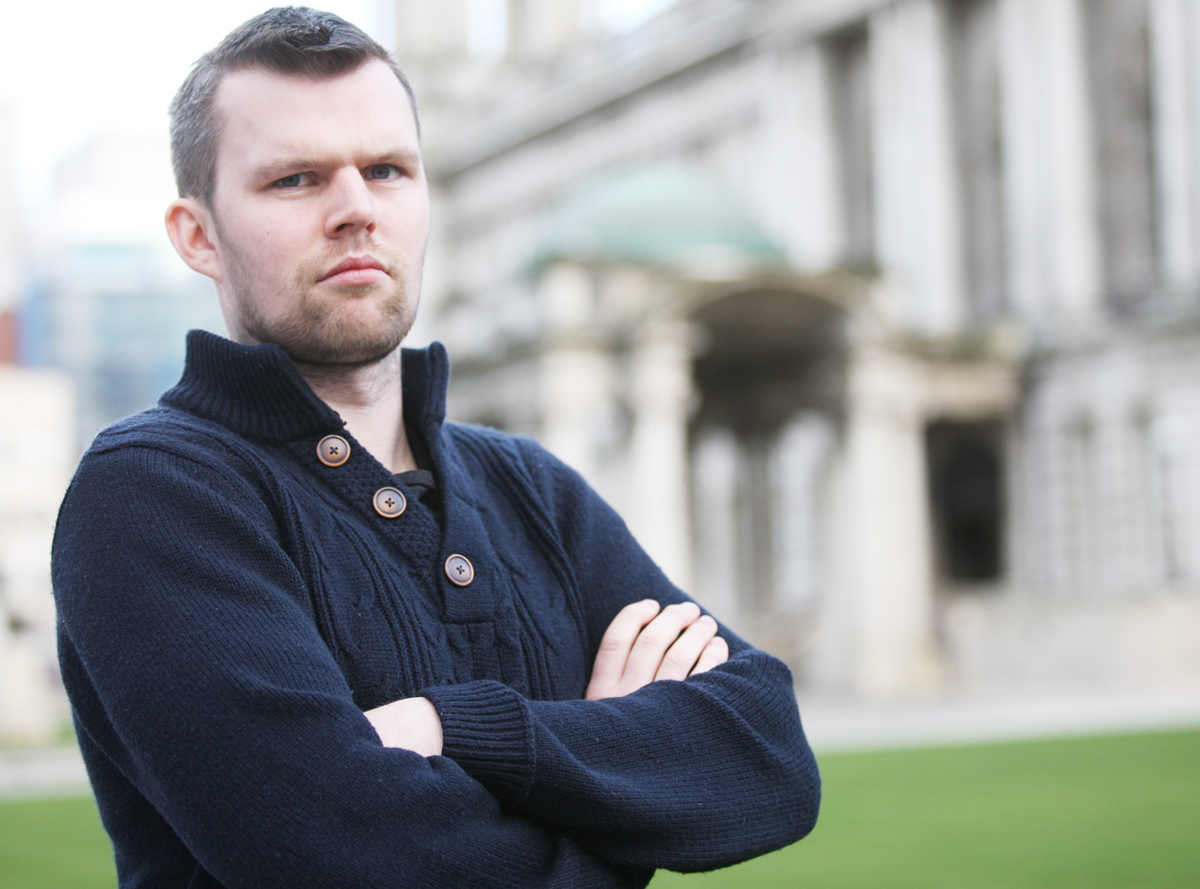 PEOPLE Before Profit Councillor Gerry Carroll has announced he is to run in the upcoming Westminster election in West Belfast. The local representative for the Blackmountain Ward says he aims to “offer an alternative to the parties of austerity".

“All the main parties are in agreement that austerity has to be implemented, whatever ifs and buts they spin to the media,” says Gerry.

“The loss of further jobs and services in already deprived areas like West Belfast will have a devastating effect. Sectarianism will only grow in a situation where young people are deprived of a future and hope.”

This is Gerry’s second time in a Westminster contest, in the 2011 by-election he received 1,751, coming third behind Sinn Féin candidate and sitting MP Paul Maskey who won with 16,211 votes and 70% of the vote share.

However Gerry says this time is different due to the “anger and disillusionment” that he senses now exists with the established parties. He points to his unprecedented success in the elections for the expanded Belfast ‘super-council’ last May as evidence that a base exists to challenge Maskey’s seemingly unassailable lead.

“This General Election the situation is different: with the ‘bad deal’ that is the Stormont House Agreement we’ll see job losses, cuts to services, privatisation and giveaways to big business.

“There is growing disillusionment with the political mainstream in the North which has utterly failed to represents the interests of working class people.”

“I am fighting to win even if I think a victory is unlikely. People Before Profit believes in building an alternative on the streets and workplaces like the upcoming March 13 demonstration by the trade unions, but elections are an opportunity to publicize our arguments and that’s also why I’m running.”

Gerry has busied himself with constituency work since his election, as well as involvement in the Gaza solidarity movement that drew thousands on to the streets of Belfast last summer. He says the next step for People Before Profit involves opening a constituency office on the Lower Falls/Shankill interface at the Twin Spires centre, which Gerry points to as “a concrete example of how we break down sectarian barriers”.

“Unlike most politicians I will be campaigning on both sides of the peace wall and that’s what our office is about as well. There are physical barriers between working class Protestants and Catholics in West Belfast but we share the same fears: poverty, threats to our health system, low pay and zero hours contracts.”

Upon his election last year Gerry told the media that he was “neither Nationalist or Unionist but a Socialist”. I ask him how he expects to fare in relation to West Belfast’s traditionally republican voters, and whether he will take his seat at Westminster if elected.

“I would take my seat in the same way as Bernadatte McAliskey did: to raise hell and hammer the elite politicians who are imposing a crisis on working people” he replies.

“In terms of Irish unity, I would remind voters that People Before Profit unlike some parties maintain a consistent policy North and South against austerity and for a progressive alternative. What I am about is unity in struggle: unity between the two communities in the North, unity between ourselves and the anti-water charges movement in the South, and unity across Europe of the working classes against austerity.”

Gerry concludes: “People should vote for me this May to send a clear and principled message to London and Stormont that there is an alternative to austerity. It’s time to unite and fight back. The wealthiest should pay for the cost of the crisis, not the working class.”