Carryduff Colts round up .... 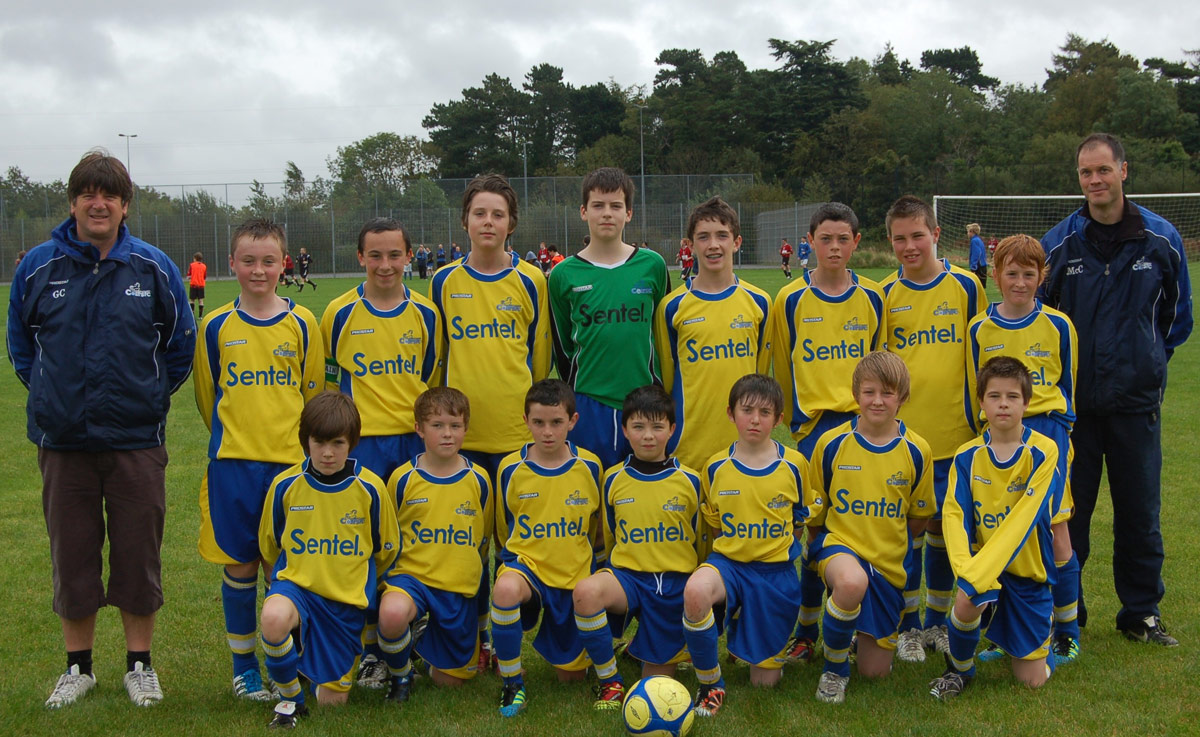 The U18s secured their first goals, and first point of the season, but it could have been so much more but for defensive frailties yet again.

The star of the show was Danny Toal – the big man scored two fine goals with Ryan Beattie grabbing the other.

The Colts took a 2-0 lead after 15 minutes as midfielders Michael Mooney and Paddy McEvoy dominated.

Toal made space on the edge of the box and slotted expertly past the goalkeeper before Beattie steered home.

Toal had another fine effort ruled out for a questionable push and then he superbly headed a Jonny Murray cross just over the bar. Joey Sweeney and James Artherton got forward repeatedly and UUJ found it difficult to cope.

It looked like Colts could cruise to victory but poor marking allowed one of the smallest men on the pitch to pull one back by heading home at a corner. The lack of concentration displayed by Carryduff was repeated at the beginning of the second half and they found themselves 3-2 down within five minutes of the restart.

However, Toal equalised with a superb goal, curling a shot into the left hand corner.

Nathan Lyons made a couple of fine saves at the other end but it was Carryduff who came closest when a Michael Deeny corner, and then free-kick, were headed over by Rory McDonnell and Eoin Doherty respectively. Ciaran O’Hagan and Andy Carter came on with 15 minutes to go with O’Hagan twice making confident saves.

The Colts continued their fine start to the season with a tough encounter against Stone Bridge.

They started well and soon had the Stone Bridge defence on the back foot with both Mark Agnew and Connor Maguire making strong runs while Tommy Connery and Dylan Stronge were a handful.

In midfield Ronan Lavery was tenacious while Christopher Campbell improves with every game.

Stone Bridge looked good on the break but found themselves up against the defiant Colts defence of Simon Henry, Paddy Hinds, Connor Cunningham, Ryan Murtagh, all marshalled by captain Daniel Coogan.

With ten minutes to go before the break the Colts made their breakthrough.

A stinging free-kick from Ronan Lavery was fumbled by their keeper and Dylan Stronge was there to steer the ball home.

Just before the break the Colts should have been two up when a cross shot from Mark Agnew shaved the outside of their post.

With five minutes to go a cross glanced off the head of Daniel Coogan, which wrong footed Simon Henry and nestled in the corner of the net.

Daniel showed true leadership by pushing the Colts on.

With the game well into added time a Ronan Lavery corner was fired into the box with Ryan Murtagh capitalising on a fumble.

In a hard fought game on Saturday at Lough Moss, the Colts emerged victorious thanks to a hat-trick from Calum Croskery.

The Colts’ performance never really reached the heights of the past few weeks but they were able to grind out a win while not being at their best.

Colts drew first blood when Croskery scored from the spot midway through the first half after being brought down in the box.

Just before half time a Brownlee cross was met by Artherton and fell to Croskery who made no mistake from two yards. Annalong were denied by Overend who made some good saves.

Within five minutes of the restart Annalong reduced the arrears but the Colts’ nerves were eased when Brownlee  fired past the advancing keeper.

Annalong reduced the arrears again, scoring their second but Croskery scored his second penalty to complete his hat-trick after Doherty had been tripped in the box.

The Colts were well served by the Croskerys, Artherton and Curran, who was excellent throughout.