Conlan believes experience will be key in title tilt 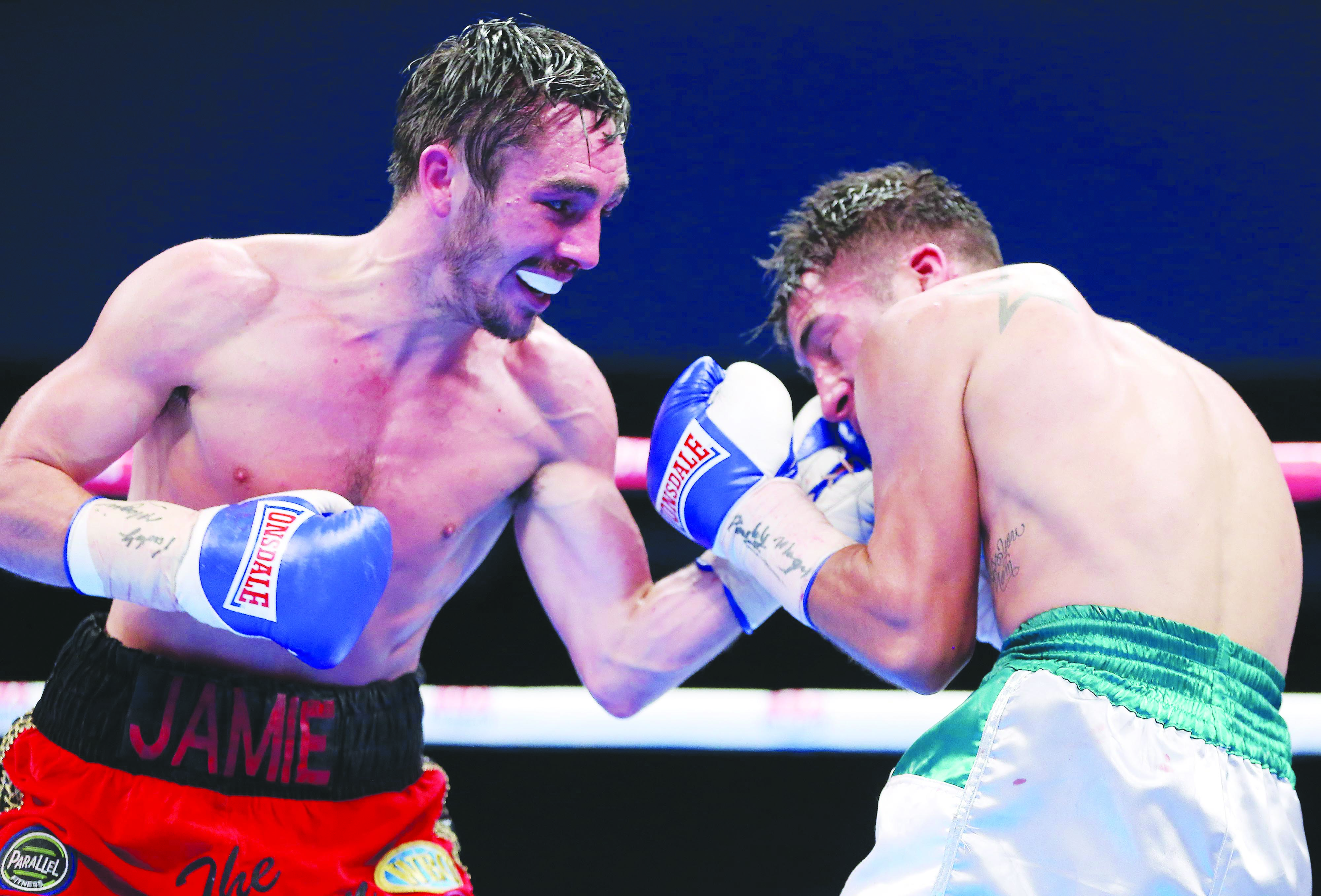 JAMIE Conlan believes his greater experience of top-level competition will prove to be the difference on Saturday night when he challenges Anthony Nelson for the Commonwealth super-flyweight title at the Copper Box in London on Saturday.
Conlan has a perfect record through 15 professional contests and despite being the challenger to the 11-0 champion from South Shields, appears to hold the upper hand in terms of past opponents.
Nelson also boasts a perfect record, winning 11 from 11, but a look at his CV shows he has not really faced a top challenger – the pick being the-then 5-0 Jamie Wilson for the title last year, but Wilson was barely out of the novice stage.
On the other had, Conlan had that 10 round classic against Junior Granados in Dublin last summer where he was forced to pick himself off the floor and was also tested when claiming the WBO Inter-Continental title against Jose Estrella.
Still, titles are not won on paper and Conlan insists he will face a tough test on Saturday in from of the Box Nation cameras.
“He is a good, come-forward fighter, aggressive, puts you under pressure, unbeaten and he is the champion,” said ‘The Mexican’ who has signed a promotional deal with Frank Warren.
“It’s not like you are fighting for a vacant belt, this is different because you are trying to take someone’s title off them so he has a lot to lose and fight for.
“That’s an extra incentive for me, so I’ve trained triple-hard because I feel that if you are going to win a belt, you have to earn it and you have to prove you should be a champion, so I need to be on my game. I’m ready and feel that I’m a much better fighter. I’ll prove it on the night.”
Conlan has enjoyed some top-class sparring at his Marbella base for this one including Charlie Edwards – who dismantled Luke Wilton in Manchester on February 27 – and European super-bantamweight champion, Ryan Farrag.
He has left nothing to chance and insists the lure of a showdown later in the year with Paul Butler – possibly in a world title final eliminator or even for the title itself – is at the back of his mind for now.
“I’ve had great sparring with everyone coming in trying to replicate the fight,” he reports.
“We’ve been working on the shots that we think will work for me in the fight and the game-plan we have is down to a tee. I’m so excited to fight now because I have that perfect game-plan.
“All I have to do now is execute on the night and show people what we have been working on.
“Every fight now is effectively a world title fight so if I don’t win and look good, the next one doesn’t happen.
“I put that pressure on myself anyway because that’s when I thrive.”
Conlan is well aware of the challenge that lies ahead and has studied the 30 year-old from South Shields closely.
The Tynesider is a come-forward, pressure fighter and although he seems to possess modest power having stopped just two of his 11 opponents, will certainly not be prepared to relinquish his title without a struggle.
“When you look at his record, you can see I have mixed at a higher level and I hit a lot harder,” insists Conlan who will have younger brother Michael, Paddy Barnes and a good cheering section in the arena including many from Belfast there to watch him and James Tennyson who fights for the British title.
“But I have asked around people who have shared the ring with him.
“Farrag sparred him as an amateur and says he is strong to the body. He doesn’t punch overly hard, but he will give me a good test and bring out the best in me.
“I’m going to take him places he hasn’t been that I have, like that Mexican fight (Granados) last year. That gives me confidence going into the ring, but I still know I need to be on my game 100 per cent because I know I have to go and take the title off him – it won’t be given to me.”
That title is of course the Commonwealth, a belt that has been held in the recent best by fellow Belfast men like Carl Frampton, Martin Rogan and Eamonn Magee.
Conlan is determined to add his name to that list on Saturday night and emulate his younger brother who became a Commonwealth champion in Glasgow two years ago.
“Every boxer grows up wanting the British or Commonwealth belt,” he insists.
“Seeing boxers like Eamonn Magee winning the Commonwealth title, I always knew it was a belt I wanted.
“When I was calling into John Breen’s Gym when I was a kid and looking at all of the pictures, I knew it was a prestigious belt.
“Also, watching Michael winning the Commonwealth gold means that I can do a double here now.”