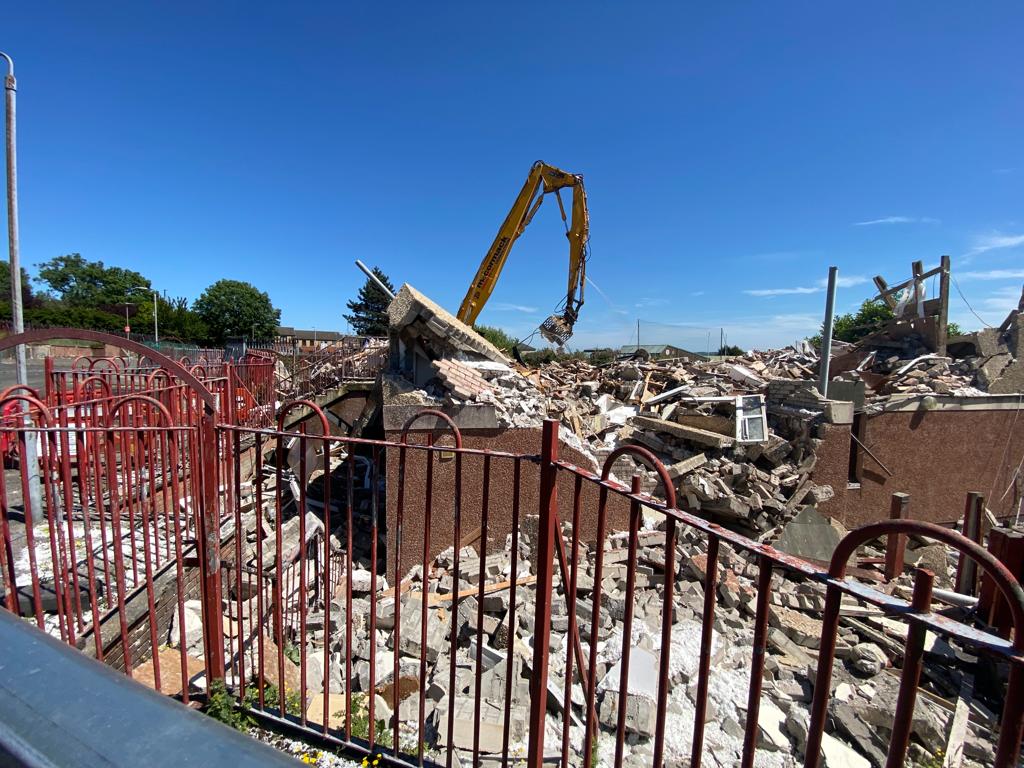 GONE: The demolition of the last of the flats on Corrib Avenue

A THIRD and final block of flats on Corrib Avenue has been demolished to make way for 23 new social homes.

The weekend demolition will pave the way for Choice Housing to deliver 12 houses, ten apartments and a bungalow with disability access.

The Housing Executive had previously demolished two of the eyesore Lenadoon blocks, but demolition of the third had been stalled as it had not been cleared of residents.

An application to build was initially submitted in July 2020, with full planning approval granted in February 2022.

Following this week's demolition, Sinn Féin Councillor Arder Carson said: "These blocks have a lot of history associated with them and have created a lifetime of memories for residents who have passed through them.

"Over recent years they fell into a bad state of disrepair and demolition was the resolution.

"A housing led regeneration project through Building Successful Communities was designed and is now at the point of delivery.

"A new generation of families will begin to write their own history and create their own memories as Lenadoon residents and we wish them all the best whoever they may be.

"A big thanks to all involved especially Upper Lenadoon Residents' Association and our Sinn Féin elected reps."

Choice Housing has advised community reps that it proposes having contractors on site on 31 March 2023 with construction taking 18 months.