Crime thriller being filmed in Lenadoon 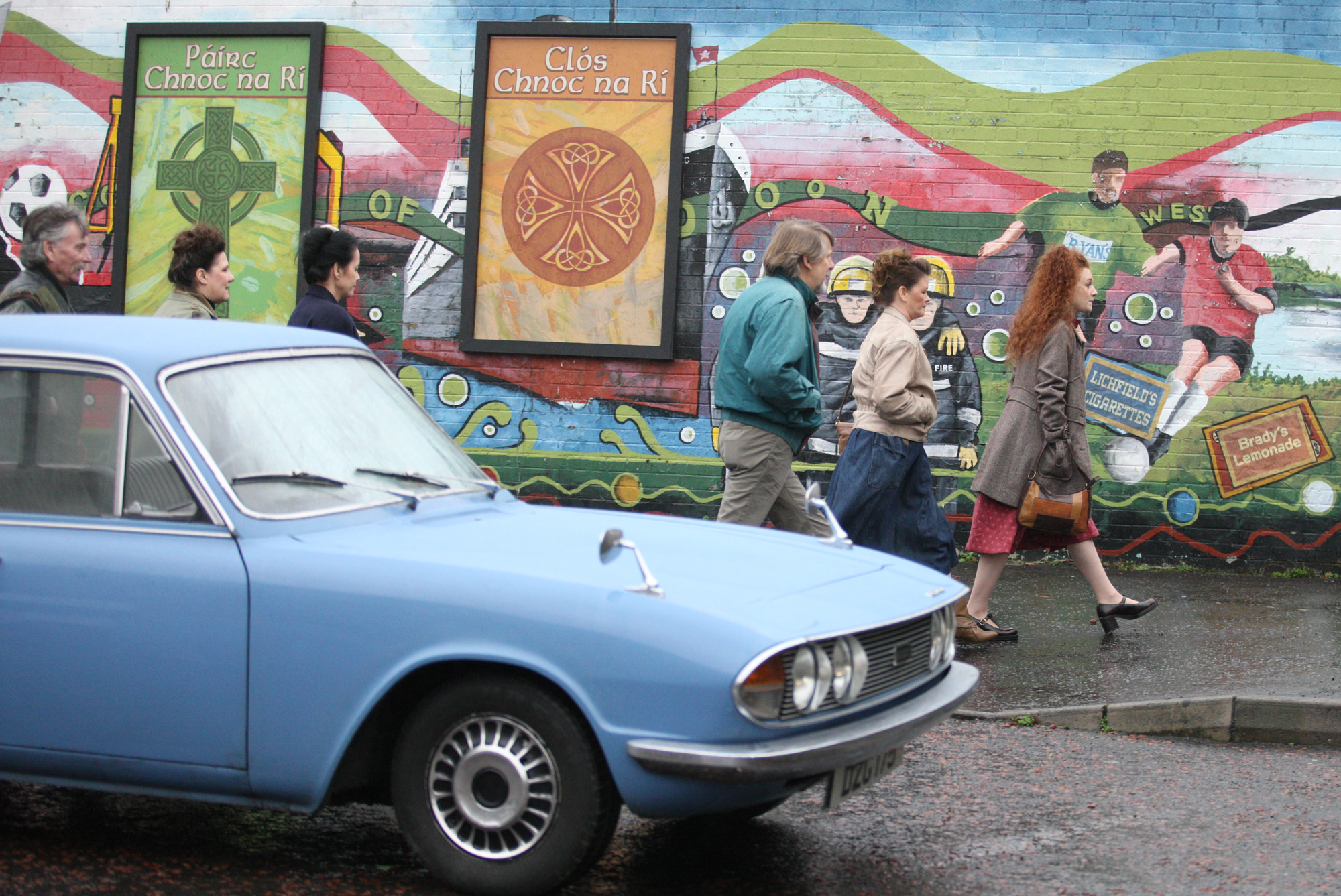 ACTORS and film crews descended on Lenadoon this week as they filmed a scene of a highly anticipated new RTÉ and BBC crime drama.
Extras dressed in 80s garb and classic 1968 Triumph 2000 MK2 car were at the film site outside Ryan’s Shop in Carrigart Avenue as they shot a 1986 flashback scene of the upcoming series ‘Dublin Murders’.
The series is based on American-Irish novelist Tana French’s bestselling ‘Dublin Murder Squad’.
The eight-part fictional crime thriller tells the story of two Dublin murder Detectives Rob Reilly (Killian Scott) and Cassie Maddox (Sarah Greene).
Speaking to the Andersonstown News, Ryan’s Shop owner John Ryan said: “They called me up before Christmas and said that they wanted to shoot the scene and asked me if it would be ok and, of course, I said yes.
“I thought it was great. It would be very good for the area. I think it will really promote the area. I’m sure there will be lots of questions and feedback afterwards.
“I don’t know much about the scene, but the series is set in 2006 and this is a flashback to 1986.”
While Ryan’s Shop was scheduled to be closed between 10am and 3pm on Monday, John said that a few Lenadooners had managed to find their way into the shop for their essentials, despite the on scene security.
“There were a few people in this morning asking why I had the sign up saying I was closed,” he said.
“We were supposed to be closed between 10 and 3, but I turned round and there was a few people there waiting to be served.”
He jokingly added: “I was wondering how they got through, but maybe security wasn’t as strict.”
The premiere date for Dublin Murders is still unknown, but the series is expected to air in autumn of this year.