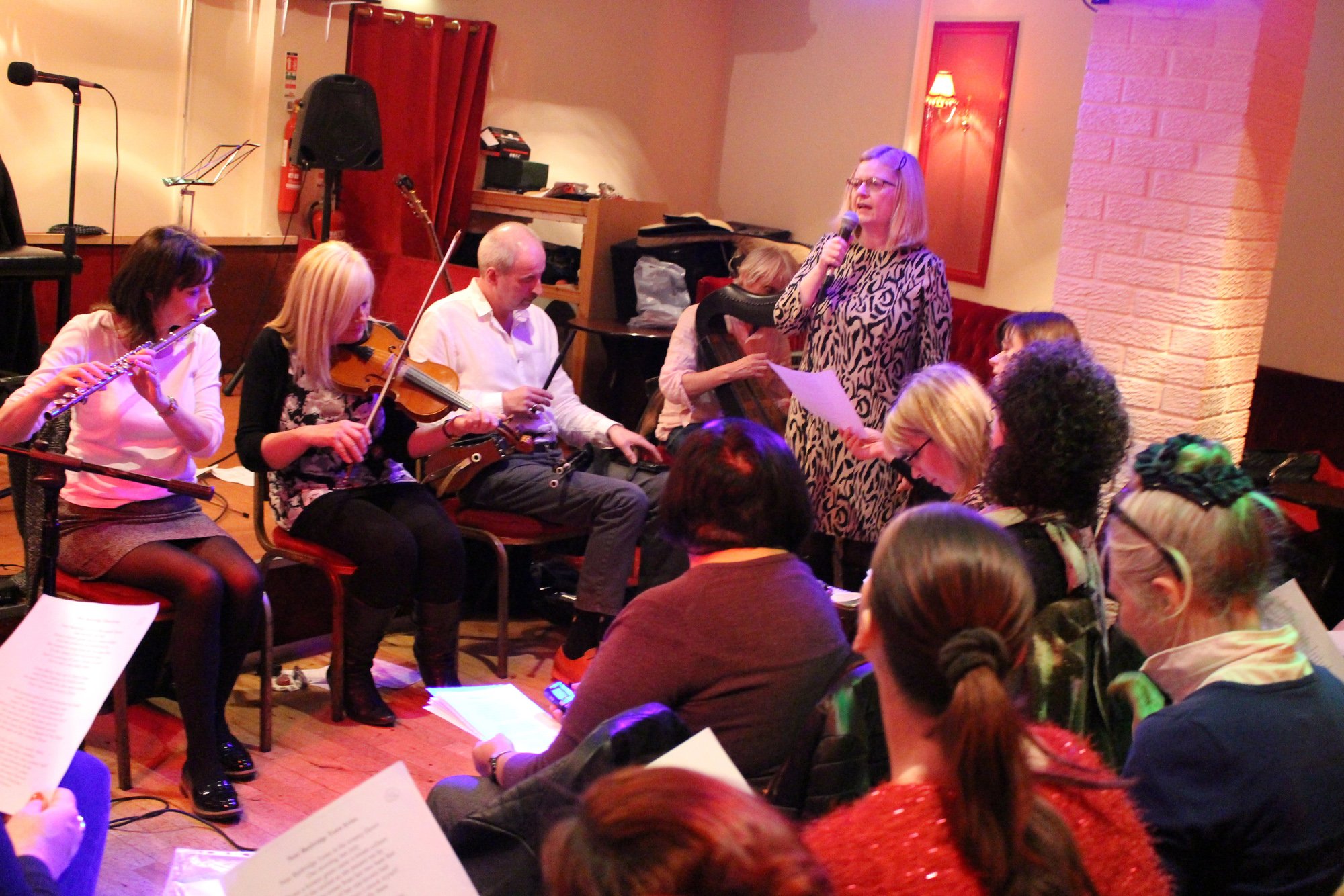 BELFAST’S Irish language community radio station, Raidió Fáilte, is participating in an exciting cross-cultural project which is linking local Irish speakers and people from the Shankill Road in a cross-cultural choir.

Under the title of Glór Nua/New Voice participants sing Irish and English traditional songs and the culmination of their work will see a recording and broadcast and also a concert to be held this month in Townsend Street Presbyterian Church off the Shankill Road.

This Meeting House happens to be located on the very street – Townsend Street – where the noted Gaelic scholar of Ulster-Scot descent, Robert Shipboy McAdam, opened one of Belfast’s earliest foundries, the Soho Foundry, in 1825.

The new project is spearheaded by Fergus Ó hÍr, the director of Raidió Fáilte, and the Rev Jack Lambe, minister of Townsend Street Presbyterian Church.

Some members of the Irish-language Cór Loch Lao, based in Cultúrlann McAdam Ó Fiaich on the Falls Road, other Irish speakers and singers from the Shankill and Dromore areas are currently rehearsing together every week in Raidió Fáilte’s offices.

The songs chosen reflect the diverse backgrounds of the participants – Irish, Spanish, Canadian, Polish and English – and include songs such as Robbie Burns’ ‘A Fond Kiss’, one of the finest songs from the Irish language tradition, ‘Airde Cuain’, as well as Spanish and Polish contributions.

Fergus Ó hÍr, of Raidió Fáilte said: “This challenging project of Cairde Raidió Fáilte is a great opportunity for all the singers taking part to, not only learn new songs in different languages, but is also a chance to forge new connections with people from different cultural backgrounds, to make new friends and have a bit of fun in the process.

“We are looking forward greatly to the concert that we will be giving on Tuesday  March 15 at 7.30pm in Townsend Street Presbyterian Church.  The concert will include a miscellany of song and instrumental music.

“We are expecting a great turn-out with people coming from different sections of the community and we’re looking forward to providing a great night’s entertainment.”

This is a free event, although donations will be welcome and will be donated to charity.