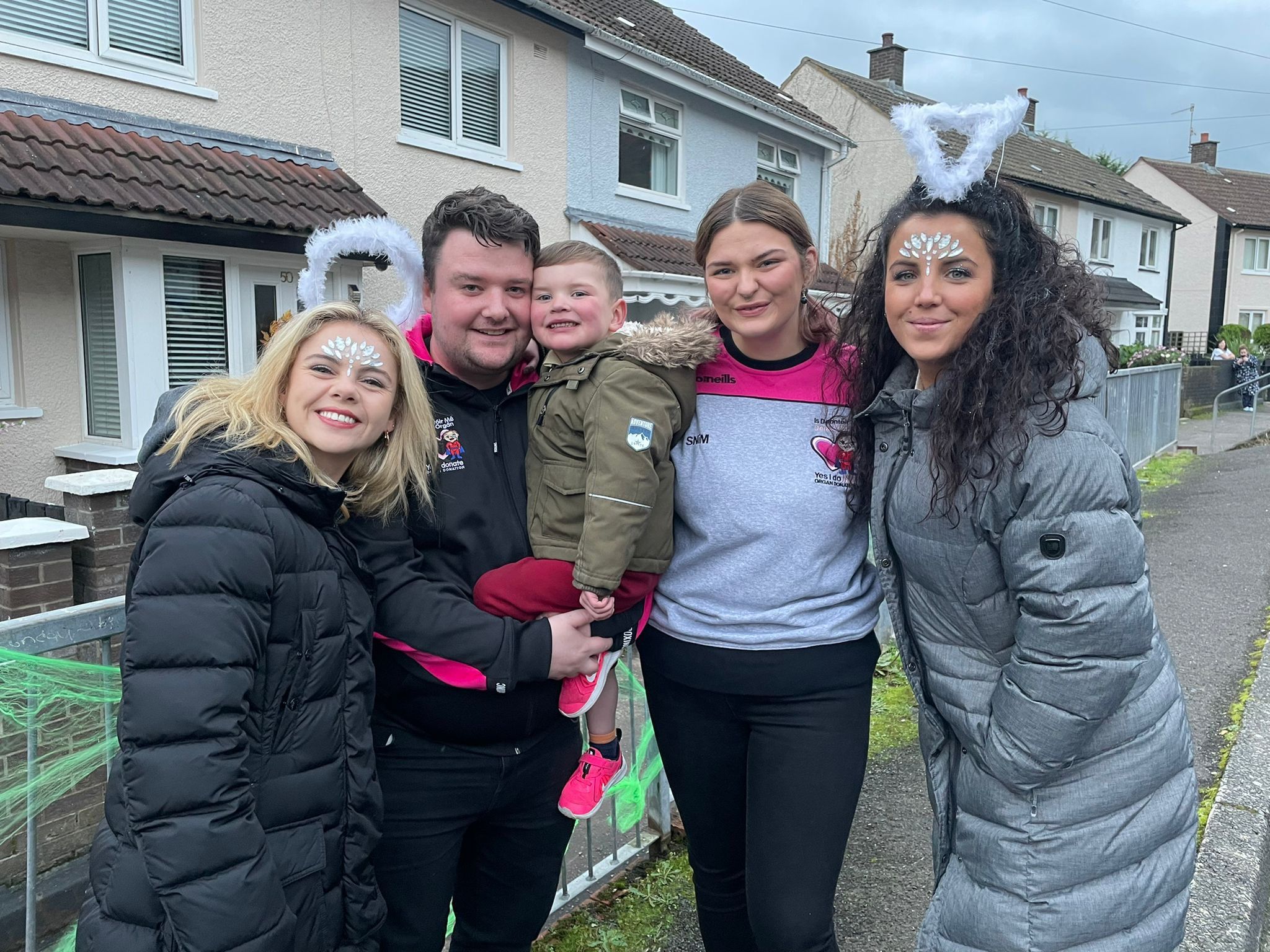 NEW Barnsley played host to the Derry Girls on Friday as they filmed the latest series of the hit TV show.

Cast members donned angel costumes in the West Belfast estate for what is thought to be a Christmas special, which will feature in the show's highly anticipated third series.

Though (obviously) based in Derry, the show is filmed in locations across the North, including a number of recognisable West Belfast spots.

Five-year-old Dáithí was born with Hypoplastic Left Heart Syndrome and now requires a heart transplant. The Ballymurphy youngsters' parents set up the Donate4Dáithí campaign to raise awareness of organ donation.

After meeting the Derry Girls, the Donate4Dáithí campaign tweeted: "The wee English fella has been replaced in #DerryGirls by our very own “wee ‘Murph fella'. An honour to meet you all today and thank you so much for helping us raise awareness of #OrganDonation."

Local Councillor Michael Donnelly said the arrival of the Derry Girls had created a "great buzz" in the area.

"When the last series was recorded they used the same location, so it was great to see them back again in the area for the new series," he said.

"There was a great buzz about New Barnsley, and the cast and characters were more than happy to engage with residents. They were very friendly and took photos. It was great to see them in the area."