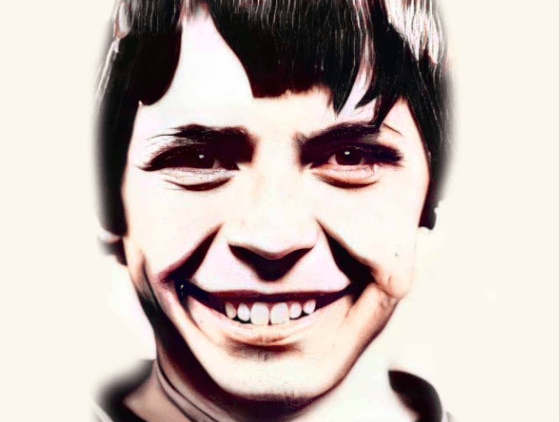 REPORT: Dessie Healey was shot and killed by the British Army in Lenadoon on 9 August 1971 aged 14

RELATIVES for Justice are marking 51 years since the death of 14 year old Dessie Healey with the launch of a new family report documenting the circumstances of his killing 51 years ago today.

The report examine and provides an analysis of the available forensic, ballistic and eyewitness evidence including linked cases and thematic patterns.

Dessie  was shot and killed by the British Army on the 9 of August 1971, during disturbances in the Lenadoon area following the introduction of Internment. He was only 14 at the time of his death.

No investigation ever took place in the schoolboy's death. In fact, the family only heard Dessie was dead three days after the incident happened. Dessie’s killing has had a lasting and profound impact on the family and for some relatives it remains an incident that they struggle to even speak about.

Their sense of loss and injustice is further compounded by the false claim that Dessie was throwing a petrol bomb when shot.

There was never an effective independent lawful investigation into Dessie’s killing. His family will seek to overturn the verdict of previous investigations with a fresh inquest that is due to commence on 5 December this year.

"RFJ hopes this family report brings them closer to that legitimate goal – family reports form part of our overall holistic approach to supporting and empowering families and crucially providing a voice to what were once unspeakable truths."

The report details how along with many other youths of the Lenadoon area, Dessie spent the morning of that dreadful day behind the barricade at the junction of Glenveagh Drive and Lenadoon Avenue.

The barricade consisted of a single Ulsterbus and it was initially positioned in Lenadoon Avenue at the junction with Creeslough Park. At 7.30 am, locals poured petrol into the bus and it was ready to be ignited when British soldiers from the Parachute Regiment of the British Army arrived at the area and removed the bus at around 11.30 am. However, the invisible line drawn by the large vehicle remained for the rest of the day between local youths and the British soldiers, who engaged in a constant confrontation and riot.

According to witnesses, the youths threw stones and empty glass bottles at the British soldiers, who were positioned at the junction of Creeslough Park and Lenadoon Avenue. The British Army fired rubber bullets at the crowd. This went on for hours.

Sometime around noon, a group of locals hijacked a lorry from which teenagers appropriated crates with HP sauce bottles for the riot. The youths brought these new ‘projectiles’ to where the crowds were at the junction, and they started throwing the sauce bottles at the British soldiers, who kept firing rubber bullets.

Dessie was one of those teenagers. It is believed he threw at least one bottle of HP sauce at the British Army. Then, the 14-year-old bent down to take another one, but he never got to launch it. A British soldier fired a live round from a high velocity rifle aimed at his chest as he was about to throw the sauce bottle. Dessie fell to the floor and panic ensued.

Some of his friends tried to lift Dessie up in an attempt to bring him to a safe place, but they were forced to leave him on the ground and run when the British Army fired more rubber bullets and CS gas.

Then, a snatch squad charged along with a military vehicle to where Dessie was lying, British soldiers threw his lifeless body into the armoured car, and they drove away in the direction of Stewartstown Road.

When Dessie did not go home that evening, his parents thought he had probably gone to the home of one of his aunts in the lower Falls. It was not until a few days later that Dessie’s mum Peggy found out about her tragic loss, on the 13th of August 1971. She could not believe it.

The RUC had released a photo-fit of a youth shot dead earlier that week and the reports portrayed him as being six feet tall and aged between 17 and 19. Peggy did see the photo-fit and the description, but it bore no resemblance to Dessie; it bore no similarity to him, and none of his relatives thought it was the schoolboy.

It was Tom Shaw, a neighbour of the Healeys, who went to Lagan Valley Hospital to see the body of the “mystery” youth that nobody claimed, and he recognised Dessie straight away.

There is very little information available about the original investigation and inquest into the killing of Dessie. Hugh Orde's Historical Inquiries Team (HET) had been investigating Dessie's killing prior to their disbandment.

The Healey family had already received a Draft Review Summary Report into Dessie’s killing by then. Replete with all the issues exposed in the HMIC report, it was not conclusive regarding what happened to Dessie.

The HET investigators accepted the historical statements of British soldiers and based the report almost exclusively on their account, ignoring several civilian witness accounts that were collected at the time mainly by ALJ and later by RFJ and Padraig O’Muirigh Solicitors, acting on behalf of the family.

It is hoped that the fresh inquest later this year will correct the public record into Dessie's death.