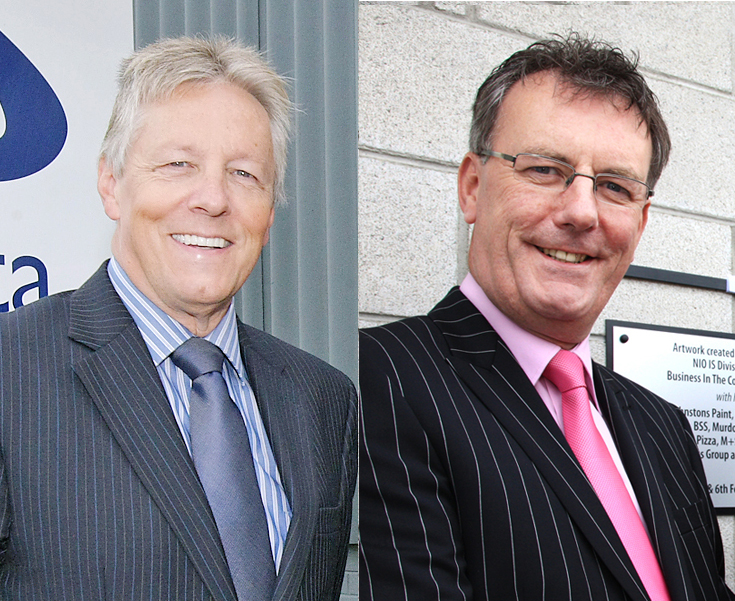 THE DUP’S prospects of taking the city’s two most fiercely contested Westminster seats in May’s general election have risen dramatically after last night’s announcement of a unionist pact.

The DUP and UUP have reached an agreement that will see Gavin Robinson get a clear run in East Belfast against Naomi Long of Alliance, who sensationally took the seat from his party leader Peter Robinson in 2010. And there’s to be no UUP candidate in North Belfast either, a development that will come as a massive relief to incumbent Nigel Dodds, whose battle for the seat with Sinn Féin’s Gerry Kelly was expected to go down to the wire.

Peter Robinson and UUP leader Mike Nesbitt both described the pact as “historic” while the other main parties reacted angrily to the deal. The SDLP’s North Belfast candidate Alban Maginness said the pact was a “sectarian carve-up” and “depressingly predictable”. Naomi Long said the pact was a “desperate” move and had come about because of the controversial leaflet drop in East Belfast in 2012 that led to the flag protest and attacks on Alliance members and property. Sinn Féin’s Conor Murphy – whose Newry and Armagh seat is included in the unionist pact but who is not expected to be troubled by the UUP’s Danny Kennedy – said the development was “a challenge to progressive politics”.

Peter Robinson said: “With a predicted hung parliament, I am calling on all unionists to unite behind these agreed candidates and maximise the pro-union voice in the House of Commons. Sinn Fein MPs fail to take their seats. They leave their constituents without a voice in Parliament. Others do not represent unionism. All shades of unionism can lend their vote to these agreed candidates in the knowledge that their action could increase the number of unionists in the House of Commons and reduce the number of non-unionists returned.”

Mike Nesbitt raised eyebrows when he said the pact offered unionism a chance to claim the Newry and Armagh seat. “We began these discussions in October proposing an anti-abstentionist arrangement for Fermanagh-South Tyrone and North Belfast,” he said. “Since then it has become clear that there is potentially a once in a lifetime opportunity to take back Newry and Armagh, albeit this will be extremely difficult to achieve. Our support for the DUP in East Belfast should ensure an additional pro-union MP for the city of Belfast in the next mandate. I acknowledge there will be those who feel disappointed that no understanding was possible in South Belfast. The key now is to get the pro-union vote out May 7, not just in South Belfast, but across Northern Ireland.”

Naomi Long pointed to the failure of an agreed unionist candidate to take the Fermanagh-South Tyrone seat in 2010 as evidence that she can hold the East Belfast seat. “My vision is a more constructive form of unity, building a united community for all people of East Belfast, not a carve-up,” she said. “Rather than denying people a choice, I offer them a real one – back to sectarian headcounts and the politics of fear and division, or forward to inclusive and progressive politics and a shared future. We have seen unionist pacts before. This did not work in Fermanagh-South Tyrone in 2010. It will be the same in East Belfast in 2015.”

Newry and Armagh MP Conor Murphy said his party is considering its reaction to the pact. “This demands a strategic response from those of us who wish to see a society based on equality, inclusion and the protection of the most vulnerable,” he said. “Nationalists, republicans and other progressives should come together to ensure maximum representation for parties committed to defending the core public services of health, education and the welfare state, parties which are unequivocally for equality and which are totally opposed to sectarianism, racism and homophobia.

“Martin McGuinness will be speaking to the SDLP leader Alasdair McDonnell at the earliest opportunity to explore an appropriate and strategic response to this pro-Tory alliance. We can only achieve this if the SDLP is prepared to put progressive, forward-looking politics before their own narrow self-interests.”

But the SDLP’s Alban Maginness ruled out the possibility of a reciprocal Sinn Féin/SDLP agreement. “Progressive politics is about trying to tackle sectarianism, not to embolden sectarianism or to entrench sectarianism,” he said. “Our position is very clear, we don’t enter into sectarian pacts. We are not going to do it in this situation.”

The agreed unionist candidates and constituencies: