All eyes on Stormont tomorrow as tensions over Protocol rise 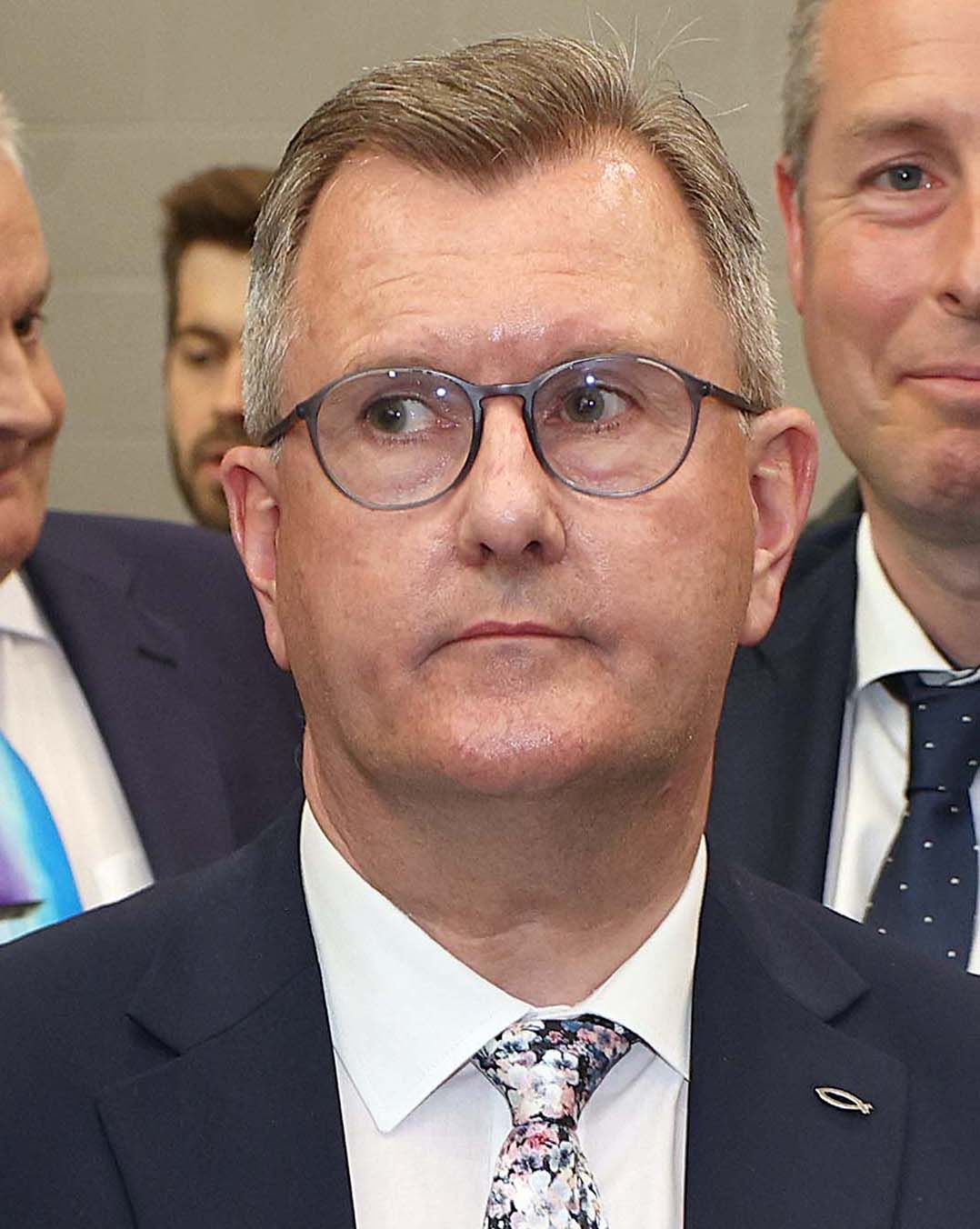 NOT FOR TURNING: DUP leader, Sir Jeffery Donaldson has said his party won't return to Stormont until the Protocol is sorted to his satisfaction

ALL eyes will be on Stormont tomorrow as MLAs return to the Assembly Chamber for the first time since the election.

Outgoing Speaker Alex Maskey will oversee the start of proceedings which are due to get underway at midday with members signing the Roll of Membership. Following this, MLAs will be asked to elect a new Speaker with the DUP continuing to refuse to confirm if they will nominate anyone to the post.

Under the New Decade, New Approach deal which came about following the period after the 2017 election when Sinn Féin refused to enter government following the RHI scandal, new mechanisms were introduced in a bid to prevent the Assembly collapsing again. The New Decade, New Approach deal extended the period of time between the failure to form an Executive and the obligation on the Secretary of State to call fresh elections to 24 weeks.

During this period Ministers would remain in place in a care-taker capacity to allow for greater continuity of decision-making.

Ministers will be required to act within well-defined limits, including as set out in the Ministerial Code and in accordance with the requirement for an Executive Committee to consider any decisions that are significant and controversial or cross-cutting, and, as appropriate, the restrictions that are in place during a pre-election period.

Assembly Committees will also continue to function and discharge their important duties.

However, this can only happen should a Speaker be appointed.

We had the election, and people had their say.

They want an Executive that supports families and workers as the cost of living rises, and that invests in our health service.

I am ready to form an Executive now.

Let’s get down to business and deliver real change for people. pic.twitter.com/0yYhHCrwgM

Should Jeffery Donaldson refuse to nominate someone to the role of Speaker – over his party's protest over the Irish Sea border – the Assembly will enter a stage of paralysis whereby members will not be able enter the chamber and the limited scope for legislation will be rescinded.

If this is the case, MLAs will still be entitled to their full salary despite not being able carry out their full functions.

It also looks likely that Sir Jeffery Donaldson will return to Westminster, where he receives a salary of £84,144 and co-opt another DUP member into his MLA seat in Lagan Valley until such times that he is prepared to take up his role as deputy First Minister.

While the DUP had been holding out for a mention of the Protocol in Tuesday’s Queen’s Speech, that was not forthcoming.

Spoke to the Prime Minister this morning and reiterated our position that we cannot nominate to an Executive until decisive action is taken on the Protocol. Will listen carefully to what is said today in Parliament on the Queens Speech but am clear that action must follow words.

In recent days, Attorney General for England and Wales, Suella Braverman has been given legal advice which suggests that it would be lawful to override parts of the Protocol. Ms Braverman argued that signs of violence – including the recent hoax bomb attack on the Hume Foundation event which was attended by Irish Foreign Minister, Simon Coveney – gave justification for the British government overriding the Protocol.

Following their strained conversation, Vice President Šefčovič confirmed that there was no room to expand the EU negotiating mandate or introduce new proposals to reduce the overall level of trade friction. Liz Truss said that if the EU would not show the requisite flexibility to help solve those issues, that the British government would have "no choice but to act".

EU negotiator @MarosSefcovic says of @BorisJohnson’s plans to suspend part of the NI Protocol that “Unilateral action, effectively disapplying an international agreement such as the Protocol, is simply not acceptable”. His statement follows what sounds like an unconstructive…

In a statement following their discussion, Mr Šefčovič said: "Most recently, in February, we proposed to the UK government an ambitious calendar for intensive discussions on the outstanding practical issues raised by people and businesses in Northern Ireland.

"We have made clear that there is still potential to be explored in our proposals. We are still awaiting the response from the UK side.

"I am convinced that only joint solutions will work. Unilateral action, effectively disapplying an international agreement such as the Protocol, is simply not acceptable.

"This would undermine trust between the EU and UK as well as compromise our ultimate objective – to protect the Good Friday (Belfast) Agreement in all its dimensions, while ensuring legal certainty and predictability for the people and businesses in Northern Ireland.

"Such unilateral action will also undermine the conditions which are essential for Northern Ireland to continue to have access to the EU single market for goods.

"The EU and the UK are partners facing the same global challenges where upholding the rule of law and living up to international obligations is a necessity. Working side-by-side in a constructive manner is of utmost importance."

This comes amid reports that the British Government are preparing to introduce legislation to remove parts of the protocol. However, it has been reported that Chancellor Rishi Sunak has concerns about the impact unilateral action would have over Britain’s relationship with the EU and the possibility of trade retaliation.

I spoke to @MarosSefcovic this morning. I reiterated this is about peace and stability in Northern Ireland and upholding the Belfast (Good Friday) Agreement.

I raised the urgent need to fix the NI Protocol, and the UK’s practical solutions to do so.👇https://t.co/06RIIF1y5z

It is also said that Prime Minister Boris Johnson wants to tread carefully and that the process could take around one year from any legislation being introduced to remove the Protocol before it is completed.

Despite that, the DUP have insisted that they will stay out of Stormont until the issue is sorted to their satisfaction and that they are willing to commit to a series of elections every six months until such times that their demands are met.

With attention now turning to Stormont, we should bear in mind that tomorrow is Friday 13th.