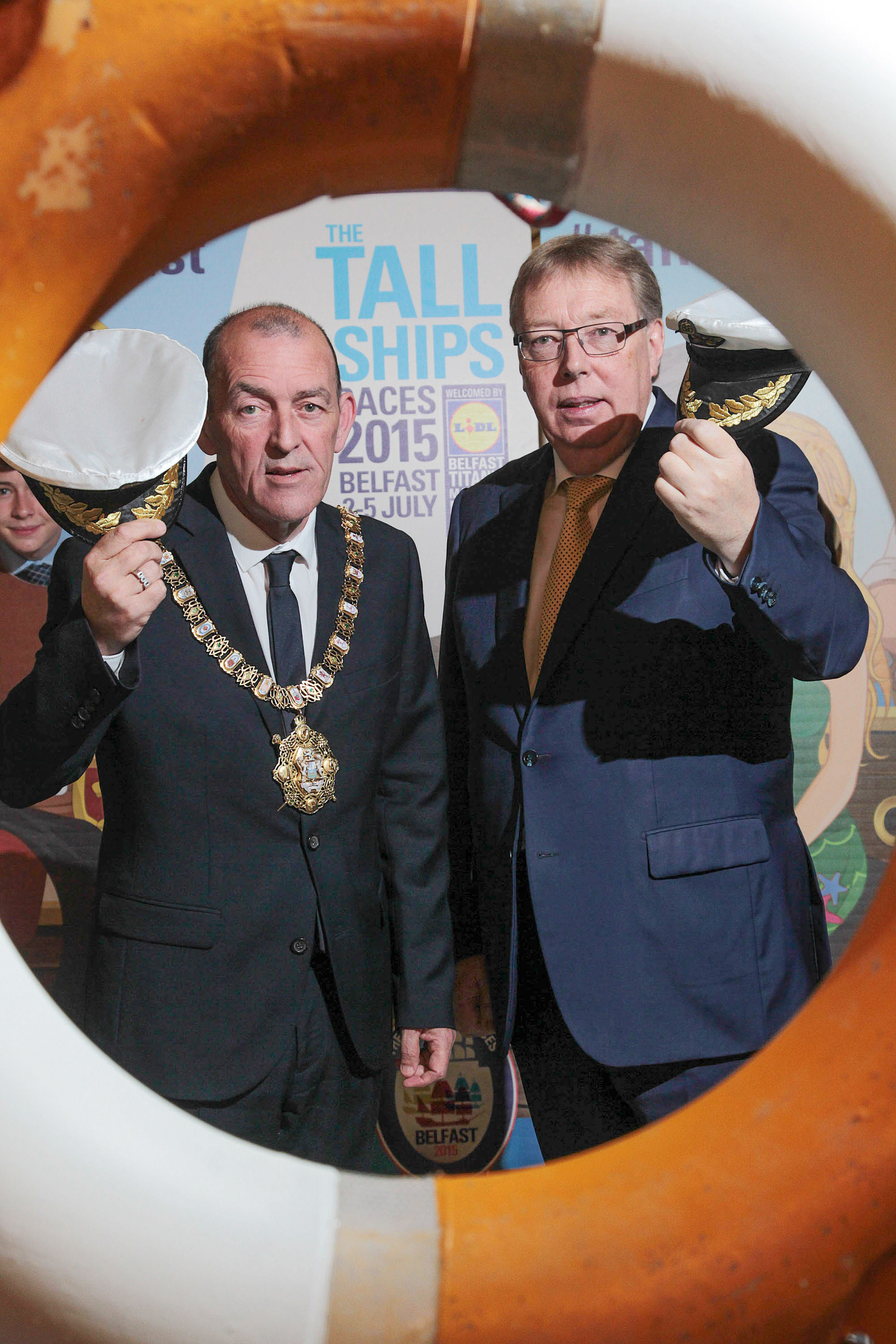 Excitement is building with just days to go until the Tall Ships arrive in Belfast in what’s expected to be the biggest spectator event ever staged in the city.

Belfast will act as the home port before the start of the 2015 Tall Ships Race, with dozens of the world’s most spectacular sailing vessels berthed in the city over the weekend this coming weekend.

This is the third time that Belfast has welcomed the Tall Ships Race, having previously staged the event in 1991 and 2009.  However, with the city acting as the staging post for the first leg of the race, even more ships will be taking part this year, with some 50 vessels – including 18 massive Class A ships – making the port their home for the four days from Thursday to Saturday before setting off on their annual challenge.

More than 500,000 people are expected to attend the free event, bringing with them an economic windfall of at least £10 million for the city.  The same number is expected to line the shores of Belfast Lough on Sunday (July 5) to watch the magnificent Parade of Ships as they leave en masse for the first leg of this year’s race, which starts in Portrush the following morning.

As well as the ships – many of which will be open to the public – there will be plenty to do and see on land, with a packed entertainments programme, headed by teenage pop sensations Bailey McConnell and Emma Horan, as well as a host of local talent. There’ll also be fun fairs, street theatre, interactive activities, food markets, and a fireworks display on the Saturday night.

To ensure people get to and from the Tall Ships safely Translink are laying on special services. There will be park and ride facilities at Sprucefield, Cairnshill, Dundonald and a new site at Ballymartin, just off the M2 at the junction for the International Airport. There also will be bus services from Belfast City Council park and ride sites at Holywood Exchange, travelling to Queen’s Quay, and from Boucher Road Playing Fields to Pollock Dock. A free shuttle bus will help ferry visitors from Wellington Place in the city centre to Pollock Dock and another between Pollock Dock and Queen’s Quay.