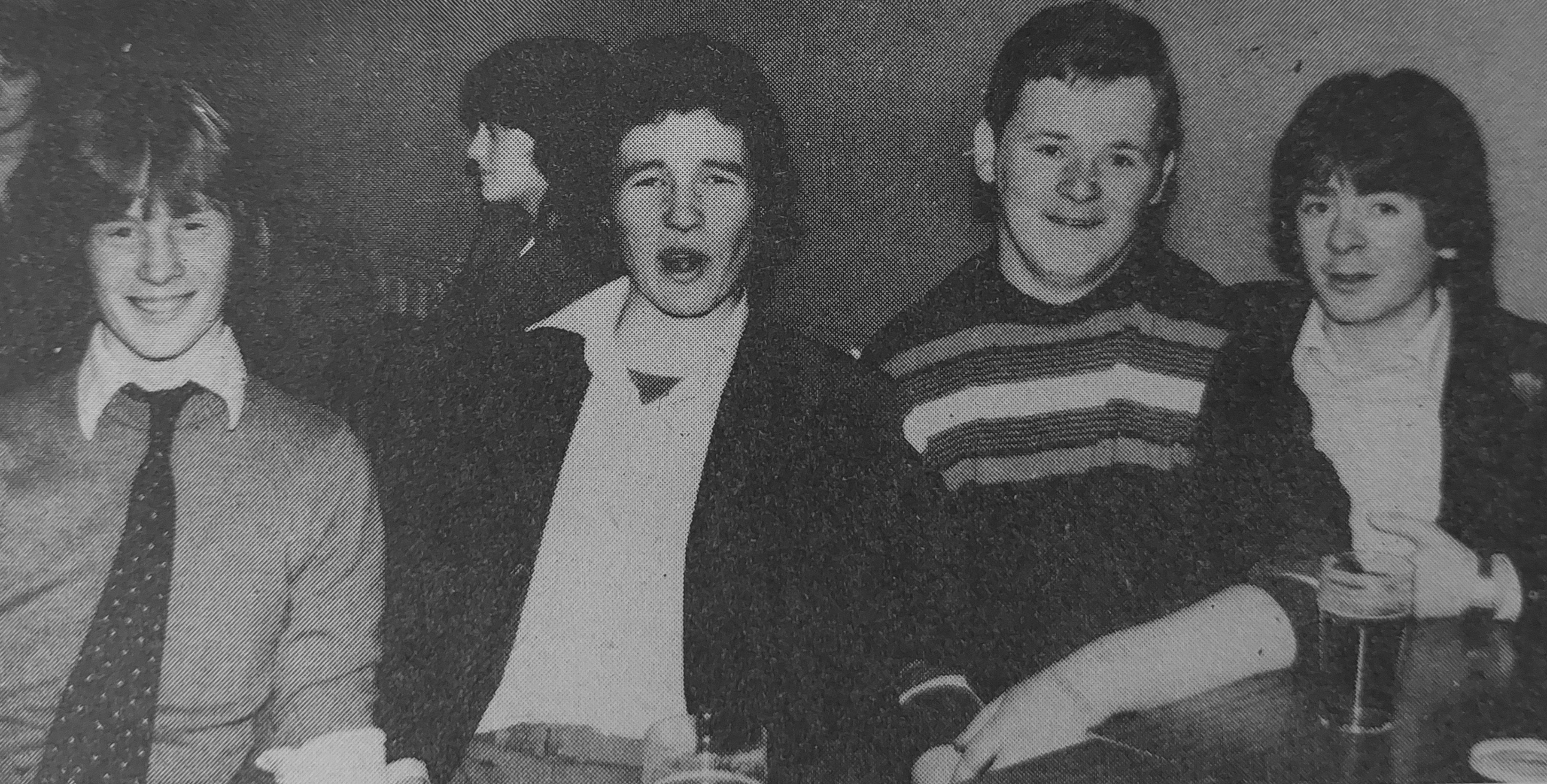 THE LADS: Paddy McGinn, Martin Rouse, Brendan Neeson and Brendan Lees in the Lake Glen back in January 1980

THE latest submission by Queen’s University to the Chilver Committee on higher education, that all teacher training facilities in the province be concentrated on the one site, is causing some concern in the two Catholic training colleges in Belfast.

St Mary’s and St Joseph’s between them have about 700 students, roughly the same number as Stranmillis College.

The Queen’s people suggest that Stranmillis be developed to accommodate all students and this in effect would mean the closing of the Catholic Colleges and complete take-over by the State. It is highly unlikely that St Mary’s or St Joseph’s would agree to this without very heavy financial pressure being brought to bear and in the light of the present political climate it is highly unlikely that the government would like to get involved in such a sensitive issue.

Therefore, this latest suggestion would seem to be a non-stater. Nevertheless, it does highlight a problem that the two Catholic colleges have been wrestling with for a number of years. With the falling birth rate, some schools are becoming over-staffed and rumours abound that large teacher redundancies will be put into effect at the end of the present school year.

This in turn will lead to a cutback in teacher intake which could quite well mean that the Catholic colleges will be forced to completely amalgamate on the present St Josephs’ site in Trench House and close St Mary’s altogether. The other ray of hope is the reported marked increase in baptisms over this past year. This might relieve the situation somewhat in about five years times, but the immediate outlook is very bleak for both college staff and teachers.

FOUR hundred and fifty extra jobs anywhere in Ireland are to be welcome anytime; and we rejoice with the people of Sandy Row, Donegall Road and the Village/Tate’s Avenue, who have just received the good news that a factory to produce car seats is to be sited in their area.

Although their unemployment situation isn’t in any way as serious as that on this side of the motorway, they can still do with all the work they can get.

The Adelaide Industrial Estate, however, is not in West Belfast; and the announcement by the ‘Northern Ireland’ Office this week of “another major jobs boost for West Belfast” is a blatant lie. As it will fool no one with a knowledge of the city, we can only assume that it is for outside consumption, an attempt to show that, in spite of all the evidence, the ‘Northern Ireland’ Office is impartial in its dealings with all the people, if not actually inclining in favour of the Catholics.

It’s not the first time British Government spokesmen have told lies about their treatment of the Nationalist people. The local media, including our own Irish News, ‘lapped it up’ of course, and along with SDLP, Alliance and Republican Clubs, welcomed the ‘big bonanza’ and one must wonder, once again, do these people live in the same world, not to mention the same city, as the rest of us. Do they think at all about what their reaction should be to government statements? Or have they lost the power of thought, and simply repeat, verbatim, everything that comes from Stormont Castle?

Much has been made of the fact that this new factory is a ‘spin off’ of the De Lorean factory at Derriaghy. Mr Shaw according to the Irish News, was quick to emphasise this point. We must point out that the De Lorean factory isn’t in West Belfast either. It’s main entrance is, significantly, at the Cutts, Derriaghy. More significant still is the fact that the Rev Beattie and others have stopped objecting to De Lorean, although they still vehemently oppose Poleglass. Catholics will be  housed in Poleglass, who’s going to work in De Lorean?

At the risk of boring our readers we must repeat: West Belfast, almost 100 per cent Catholic Nationalist, is an area of high unemployment – in parts over 50 per cent. It is, and always has been, an under-developed, under-privileged area.  This was, and is, deliberate government policy – there are any amount of examples to illustrate it – the annexing of Whiterock Industrial Estate, the closure of Strathearn Audio, the closure of Peter Pan Bakeries, the Ford factory with 70 per cent Protestant employees although situated on Finaghy Road North (what’s to stop De Lorean?) – these are but a few recent examples.

All these things must be borne in mind when we hear talk of ‘another major boost to West Belfast’. We say ‘good luck’ to the Sandy Row people – but we know ‘the score’.

Planning permission has finally been given for the new Ard Scoil to be built in the grounds of Casement Park. The site is near the shopping block at Owenvarragh Buildings.

Permission has been obtained after long negotiations with Belfast Divisional Planning Office and after a debate at Belfast City Council. The site for the building within the park has ben shifted to meet the views of some local residents who disagreed with the original location at the Moorland Park inside the grounds.

Throughout the struggle for planning permission Conradh na Gailge has received wholehearted support from the GAA. Prominent officials of the County Antrim Board, including Hugh McPoland, Al McMurray and Jack Rooney, have played a major part in making the site available.

The new Ard Scoil will replace the old premises in Divis Street which were a cultural landmark in Belfast for fifty years. When the new building is erected it will be used as an educational centre and will have excellent facilities for teaching the Irish language.

Because of population movements in the Belfast area, the new site will be situated in the middle of the larges concentration of Irish speakers in the Six Counties. 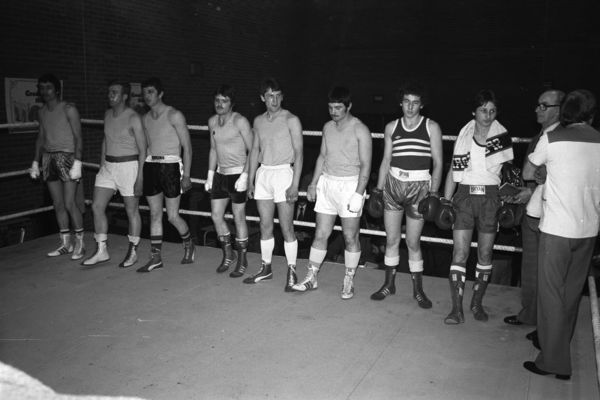 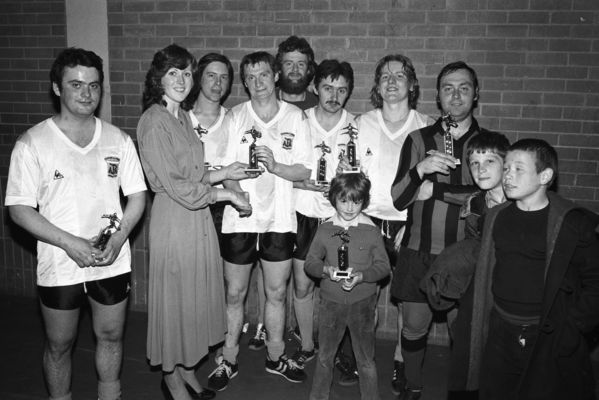 EYE ON THE PAST: May 1980 – Families' concern for Armagh women prisoners 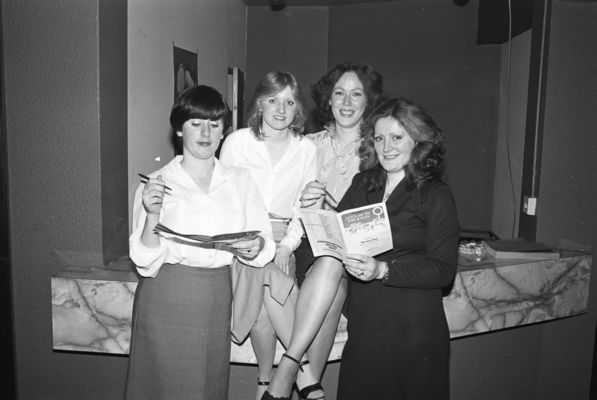 EYE ON THE PAST: May 1980 – Bukie's on fire as La Salle reach All-Ireland final