SQUINTER: F-Troop on the march again 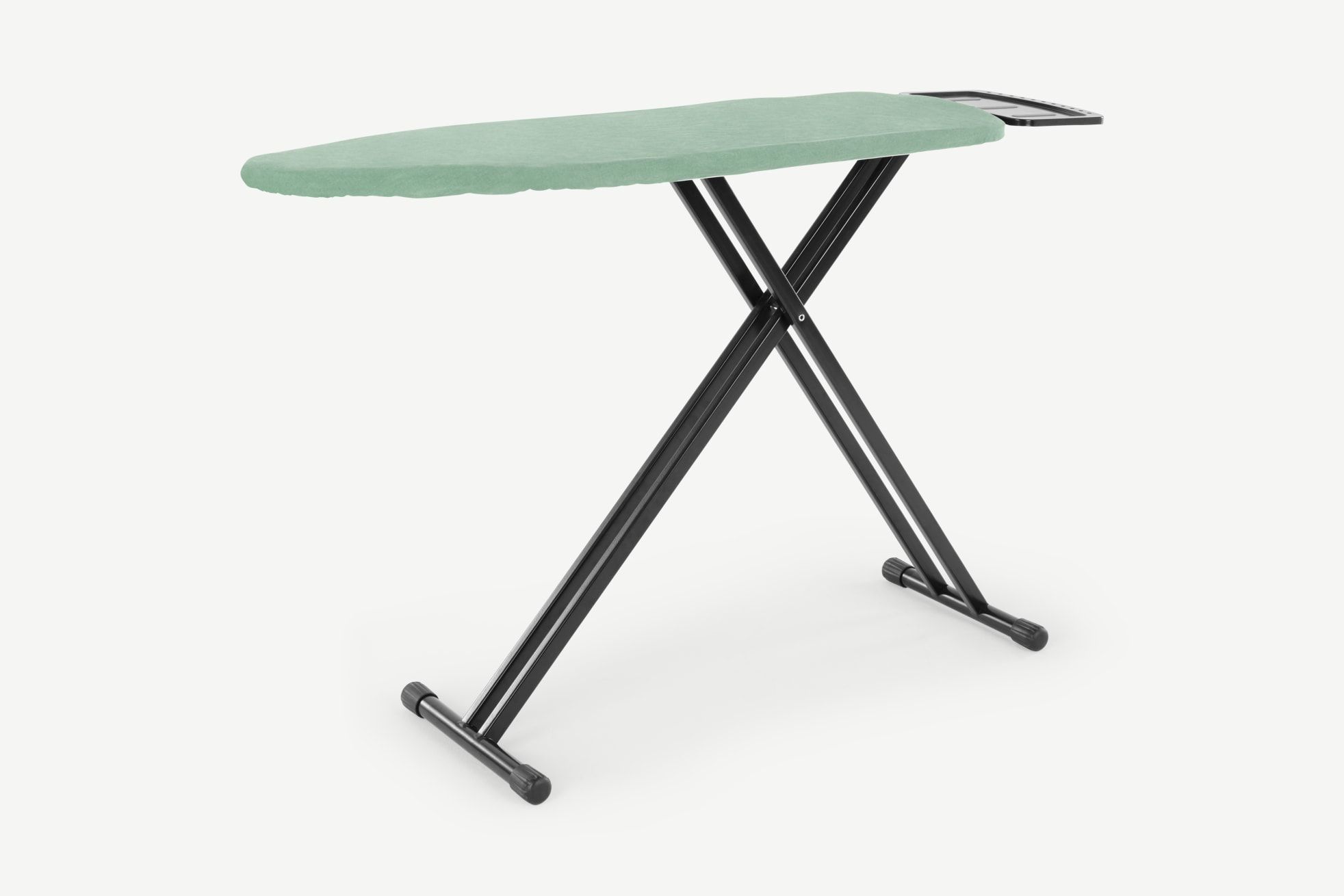 You’ll recall that recently Michelle O’Neill said in an interview with BBC Ulster’s Mark Carruthers that in her opinion there had been no alternative to IRA violence. Squinter wrote about it in his most recent column, remarking on how quickly any initial sympathy expressed by the local media over her remarks about difficulties she faced on becoming pregnant while at school were quickly ditched in the race to get angry over an opinion she has held since she first entered politics. (Next week: ‘Michelle O’Neill says she has a sneaking regard for Bobby Sands.’)

Squinter also wrote that while the First Minister designate’s view was a standard republican position, it’s not a standard nationalist one. But a weekend LucidTalk poll showed that seven out of ten nationalist voters agree with Michelle that there was “no alternative” to the IRA taking up arms, which makes it – all together now – a standard nationalist position.  And that was what set off the second furious furore in which the unionist media turned its guns away from SF and on to people who never had anything to do with Sinn Féin, or indeed the IRA.

Suddenly, the enemies of loyal Ulster included anyone expressing an opinion on the past. But as the preposterous wailing and gnashing of teeth continues, let’s cover our ears and look at what the poll actually shows, shall we?  70 per cent of nationalists believe that the environment on the streets and in Stormont in the late-60s and early-70s was so toxic and combustible as to make conflict an inevitability. That 70 per cent is not the people in masks currently shooting people dead in front of their kids over drug debts. That’s not people placing hoax bombs in Ardoyne. That’s not gangs of men in hoods taking over Carrickfergus. That’s people sitting on the sofa with a coffee looking back 50-plus years from a time of relative peace to a time of unprecedented political and social upheaval and processing the information available to them.

Anyone who’s ever read a history book will have opinions on conflicts across the world from down through the centuries through to the present day. To believe that a global conflagration was inevitable in 1914, for instance, is not to believe that the slaughter in the trenches was justified or right. It is simply to look at the relevant facts and come to a conclusion based on them. Pick any other conflict you like – micro or monumental – and people are perfectly entitled to have an opinion on the existence of an alternative or otherwise. And yet in the year 2022, a person who looks back and reaches the conclusion that the march towards republican violence was inevitable is, according to the unionist media here: •A raving bigot.  •Spitting on the graves of the dead. •Giving two thumbs up to La Mon and Enniskillen. •Addicted to hatred. •Taunting the unionist and loyalist people. •Strangling the prospect of reconciliation.

And so we have it that the actions of the IRA, the only conflict protagonist to have left the stage, are the subject of growing forensic and hysterical examination 25 years on while the same journalists and correspondents who knock out the same 750 words in a different order every week serially fail to reflect on the murderous actions of the UVF and UDA, who are still active and still recruiting.

And they provide an open platform for the airing of performative displays of disgust by DUP politicians who sit down regularly with the loyalist narco-paramilitaries. Which is nice.

*Please note: No human beings were hurt in the writing of this opinion piece.

Is the chairman of the board near to retirement?

AFTER putting it off for some time, Squinter decided to dump some stuff in the attic at the weekend. He pretends he’s storing it, but in reality it won’t ever see the light of day because once stuff goes into the loft it’s there to say, never to be needed or seen again.

Some of it was in shopping bags, some of it in bin bags, some of it in boxes, and after Squinter had gathered it up and placed it on the landing in preparation for the upward transfer, he headed downstairs to fetch the loft ladder, which is kept behind the door which connects the kitchen to the garage.

He was halfway up the stairs with the bulky item under his arm when he suddenly stopped. His conscious being left his ageing body and rose up towards the high stairwell ceiling, and looking down it could see a rather silly sheepish looking middle-aged man with a spreading girth holding... an ironing board. The out-of-body experience lasted only a split second and in a flash Squinter was back standing on the stairs and, yep, he had an ironing board under his arm. At which stage, since you’re likely to be somewhat confused by now, an explanation is probably required…

As previously alluded to, the loft ladder is kept behind the garage door. Beside the ironing board. And since the ladder is an extendable one, there’s not a massive height difference. One of Squinter’s lesser known gifts is that he knows his way around an ironing board. It’s a chore he actually enjoys and as well as being adept at the basics, he’s skilled in the more challenging tasks of steam deployment, temperature tweaking, creases, hard-to-iron fabrics and even the ultimate ironing challenge: pleats. And since he does ironing not just for himself but for anybody who needs it done, this means that he accesses the ironing board in the garage many, many times more than he does the loft ladder.

Muscle memory, you might call it: approaching the door, turning the handle, descending the two steps, grabbing the ironing board; Squinter probably does it eight or nine times a week while he’s only up in the attic before Christmas, after Christmas and any time that stuff needs dumped. Sorry, stored.

And as Squinter stood on the middle stair wryly expelling a slow breath from his puffed-out cheeks, his missus emerged from the kitchen into the hall. She stopped and looked up at him.  Squinter doesn’t know what kind of look it was because he’s never seen it before in 30-plus years, but if he were to hazard a guess he’d say it was pity mixed with concern and a sprinkling of contempt.

“I meant to get the loft ladder,” he said – an explanation that while technically correct only served to render him an even more sorry sight. Downstairs he went, back into the garage where the loft ladder stood alone, the absence of its partner seeming to mock Squinter as he took the two steps and replaced the ironing board.

Upstairs he pressed the ladder latches and as it extended to its ten-foot height with a metallic swish, he wondered if after he finished putting the bags and boxes in the attic it mightn’t be time to pull the hatch after him and stay up there with them.

SCOTLAND is hurtling towards its second independence referendum with the polls so delicately balanced that they’ve been veering between Yes and and No by margin of around one per cent for months now. And that’s not even near the accepted margin of error.

With British energy companies racking up obscene profits as people eat out of cans because they can’t afford to turn the gas on, water companies pay out record dividends while emptying human faeces into the seas in seven-hour blasts and Liz Truss yelling kindergarten insults at the First Ministers of the three devolved parliaments, the prospects for the Precious Union© have never seemed bleaker. But a fightback is under way. Let’s not ask who’s behind it or who’s picking up the bills because, in the great tradition of right-wing British politics, we’re not being told. Let’s concentrate instead on what form this fightback is about to take.

Two heroes of the union are to embark on a whistle-stop tour of the north, Scotland, England and Wales spreading the good news about the benefits of the union. In cricket pavilions across the land as spinsters cycle by on their way to Evensong, taunting Tories will be forgotten as stirring tales are told of Geoff Hurst, Vera Lynn and Spitfires and the part they will play in making Britain Great again. (Including loyal Ulster, which is not actually part of Great Britain but whose residents designate as British.) But who are these unionist Titans who are going to turn the tide against Nicola Sturgeon and send her running defeated and dejected into the heather? What legendary feats have they performed that will command the attention of the all-important doubters and don’t knows?

Well, first up is former Scottish Tory leader Baroness Ruth Davidson, who was rewarded by Boris Johnson with a seat in the Lords for making Conservatism in Scotland less popular than the English. And joining her in the fight for Scottish hearts and minds is Dame Arlene Foster, who was ennobled for single-handedly turbo-charging the election fortunes of Sinn Féin.

Asked what she’ll be telling the people of the UK during the tour, Arlene told Squinter: “Well, I might not familiar with every jot and tittle of Scottish politics, but I will be sending a strong message about the importance to Scots of renewable heat – a subject which warms not only my heart but 70 per cent of the barns in Ulster. I will be stressing the importance of trust and good judgement in politics, something I learned a lot about in a chat I had with Boris Johnson after we cheered him to the rafters at our annual conference.”

To use a local phrase that our Scottish cousins might do well to familiarise themselves with, the union’s as safe as a row of houses in Bombay Street.