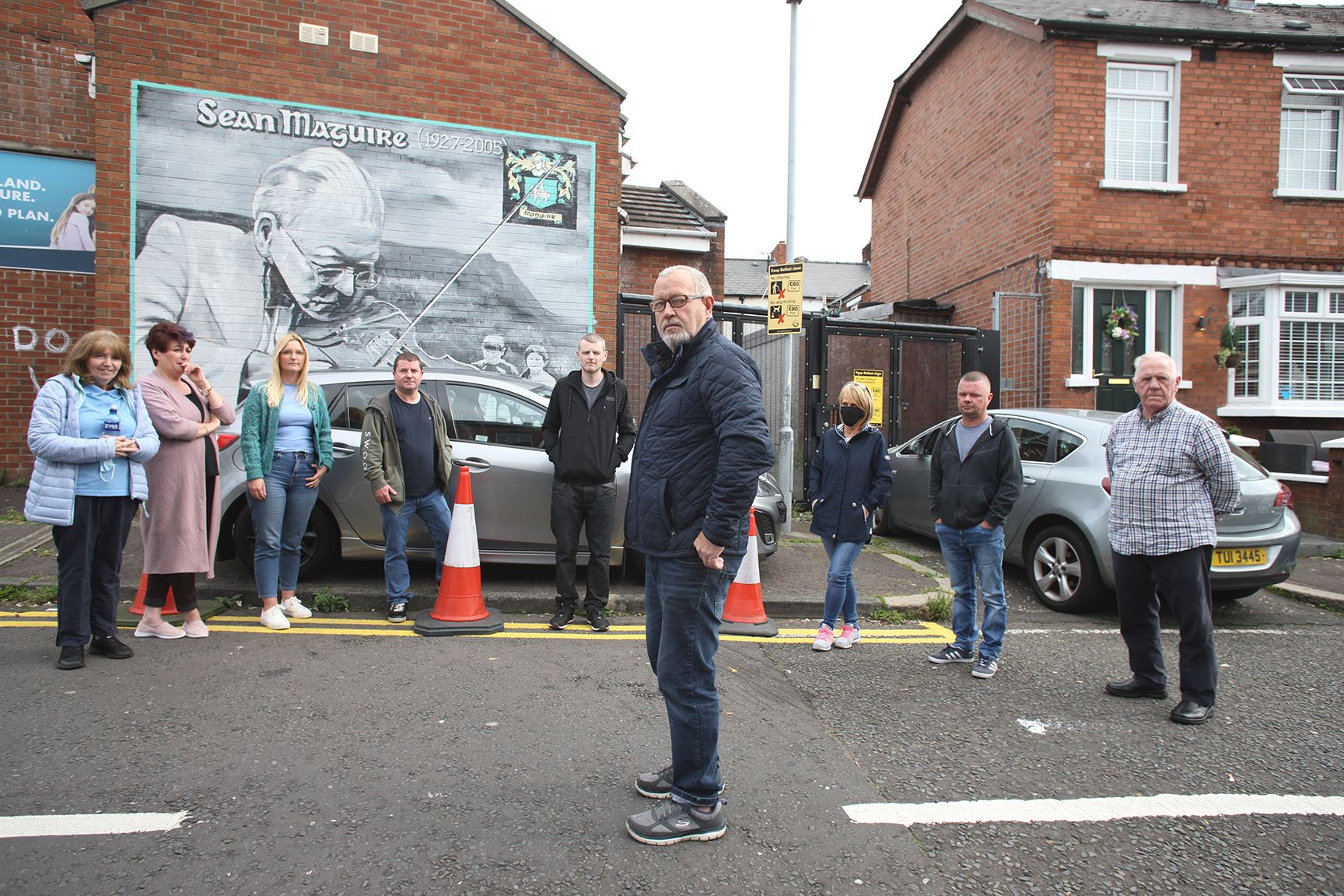 OPPOSED: Residents living in the Fallswater Street and Iveagh areas off the Falls Road say the plans will negatively impact them.

RESIDENTS living in the Fallswater Street and Iveagh areas off the Falls Road have raised a number of concerns regarding a planning proposal submitted for the site of the former West Belfast Partnership Board office on the Falls Road.

Plans submitted by Newpark Homes propose the demolition of the current office block and the construction of a four storey social housing apartment block housing 15 apartments for the elderly.

Since the proposal has been announced, more than 240 residents have signed a petition in objection.

Speaking to the Andersonstown News, local resident Desy Carlin said: “The concerns that the residents have on this new proposed development is the lack of parking in the area which is over populated with hospital workers, businesses and St Mary's University students and this is on top of the residents that live in the area already.

“Residents that live in close proximity of this proposed development also feel as though their privacy is being encroached as this four storey high block will be overlooking their houses in which it will be easy to see in to from this height.

“There is also a school and a crèche in the area which adds to the traffic flow. The building is on a main Glider route and is surrounded with double yellow lines so where do these new residents park?” he asked.

“The Department for Infrastructure have been dealing with issues in the area for a while now which are still on-going regarding parking, traffic management measures and also talk of a parking scheme being introduced.

"These problems have not been fixed and it seems as though these new apartments will add to the already chaotic problem in the area."

The developer is due to meet with residents on 27 September to hear their concerns.

Local councillor, Ciarán Beattie who has been supporting residents said that the current proposal will have a negative impact on those living in the area.

“As a party Sinn Féin will always fight for social housing in West Belfast but in this instance what is happening is that the developer is proposing to maximise the site and go at least four storeys high.

“This will have a negative impact on residents living beside it. It will overshadow their houses. The height and mass impact of this project is enormous.

“We also have an issue of parking in this area. Two years ago I asked the DFI to carry out a traffic survey and they found that the streets were at maximum capacity on a day when St Mary’s University students weren’t in.

“They have agreed to put in a residents' parking scheme which should be in place by autumn. We will be standing beside the residents and trying to do everything we can to try and convince the developer to change direction, to engage with the residents and to develop a project that will be suitable not only for social housing but also for the surrounding community.”

A spokesperson for Newpark Homes said: “Demand for social housing, under-occupancy of Housing Executive and social housing and lack of suitable alternative homes are a common issue in Belfast.

“Following our consultation with local housing associations they have confirmed a need for Category 1, active elderly housing in the Beechmount area, this will free up housing in the local area currently under-occupied by older households which can be offered to families currently in housing need.

“Our planning application has been made with consideration of neighbour’s homes. Zero parking has been proposed and we intend to advertise the scheme like others we are delivering; that incentivize use of public transport.

“Daylighting and overlooking issues have been addressed with the well-thought-out layout, location of windows on the rear elevation and high level screening on terraces.

“We recently met with local residents and intend to hold further workshops to exchange perspectives and address ongoing concerns with the planning design and construction process.”