FEATURE: A world without pubs, for better or worse 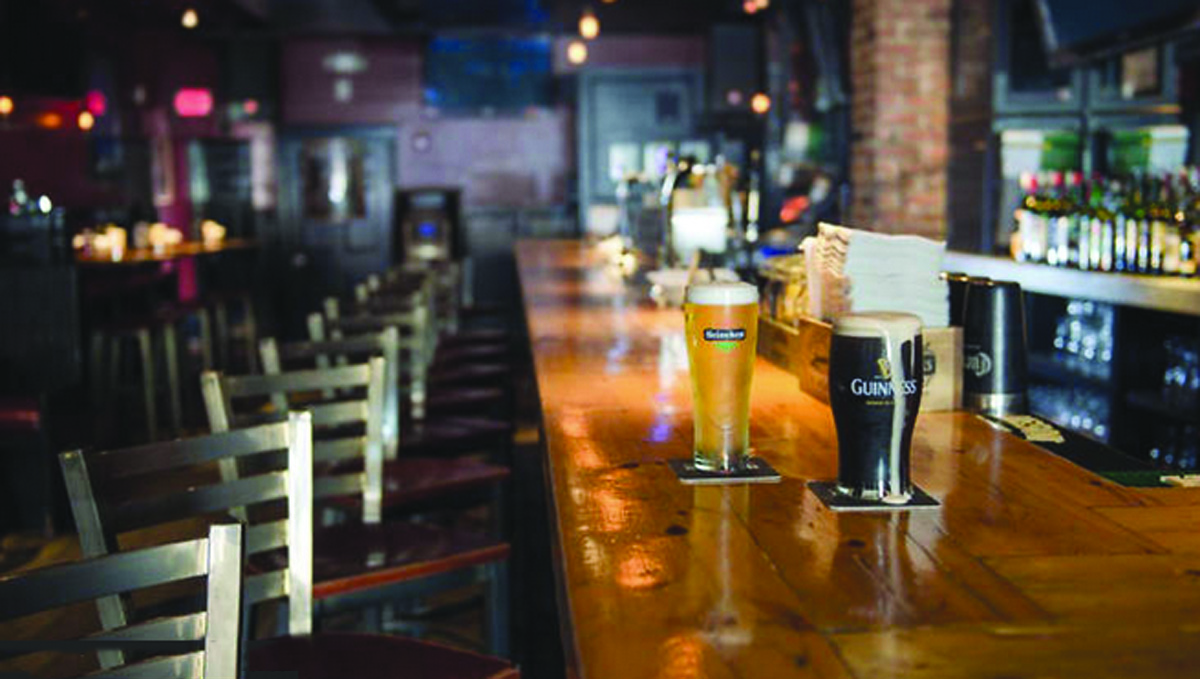 OUR pubs have been shuttered for over six weeks just now. Many people are coming up with ideas such as see-through snugs, Perspex segregation, bolted tables and chairs, no standing at the bar, coin-operated toilets etc to facilitate reopening. The list of suggestions is endless. I've no idea when they will reopen but surely after this lockdown the archaic licensing laws of ‘Our Wee Country’ will have to be revised. The ending of the  home delivery service of the Hatfield House which broke no lockdown or licensing laws by the PSNI beggared belief.

When Northern Ireland became a separate entity, the Unionist authorities set out to reform licensing laws. Under pressure from temperance leagues, Protestant churches and the loyal orders, a Temperance Bill was passed in 1923 which abolished Sunday opening, made spirit grocers illegal and abolished the bona fide rule which enabled travellers to get drink on the Sabbath. The rules  for obtaining a new liquor licence were tightened with the applicant having to surrender two existing licences to the court before a new licence could be considered. This led to a large-scale reduction of licensed premises throughout the north but especially in Belfast where there had been a proliferation of spirit grocers.

Protestant businessmen preferred textiles and the licensed trade in the north of Ireland was left mainly to Catholics. The Catholic publicans were aware that their businesses were frowned upon by the ruling Unionists and they ran their businesses in a firm but fair way, with no favours granted to any group. The pub became a focal point in many communities with the publicans seen as leading members of the community. Until the outbreak of the so-called Troubles the vast majority of public houses were owned by Catholics. The publicans were a class of their own. While many of them became wealthy, they adopted a low profile, taking care not to flaunt their wealth.

I remember being told a story by a lady who had been sent, as a teenager, from her home in Warrenpoint to a small Protestant town in mid-Down to help her uncle and aunt run their pub. The main bar had a clientele of working class men who needed to be kept firmly in  check. There was also a back room which was mainly used by the local mill owners. She was instructed by her uncle to address each of them as Mister Anderson, Donaldson etc and to accept that they would address her by her surname only. She found this hard to accept at the beginning but when she accompanied her uncle to the bank one Monday morning she relaxed.

On his way from the bank the publican would meet some of these gentlemen and he would greet them, giving them their full title while tipping his hat. He then told his niece that those men were on the way to the bank to borrow his money!

Publicans in the north of Ireland were astute managers. The Ulster Workers’ Council strike began on Wednesday, May 15, 1974. Larne port was quickly sealed off and workers in Ballylumford power station downed tools, resulting in power cuts. As there was adequate daylight, business in the Hill Tavern in Carnmoney (then my local pub) was not affected and stayed open until normal closing time – ten o’clock. In fact, the bar was as busy during the week as it would be at weekends.

However, the bar remained closed on Thursday. No announcement was made. At that time the Home Countries Championship was played in May. Scotland were scheduled to meet England on Saturday the 18th. If Scotland were to win they would finish joint champions. In those days before the advent of Sky TV, Scottish TV could be viewed in Glengormley if a suitable aerial was erected. The Hill Tavern had shown many Celtic and Rangers matches over the years. A deputation of customers called on Fergus Maguire on Friday afternoon, requesting him to open the pub on Saturday so that they could watch the match. They assured Fergus that they would “look after the bar”.  Fergus told them that the pub would open when he – and only he – decided to do so.  I remember thinking at the time that he was wrong when I heard that he had refused to open the bar. Fergus’s  father had run a public house on the Springfield Road opposite the RUC barracks and many of the barracks occupants frequented Maguire’s Pub. Towards the end of the month credit was often sought but always refused. Fergus had learned at an early age that no favours were to be granted as this would lead to a diminishment of authority. Given how organisations such as the UDA began to compromise businesses later, helping “to look after pubs,” Fergus was 100 per cent right.

Ironically, the rule requiring the surrender of two subsisting licenses for the issue of a new licence was changed in the late-1960s. The Minister of Home Affairs, Bill Craig, consulted the north’s leading authority on licensing laws, Michael G Bready, who had a practice in Donegall Street. Mr Bready had hit the headlines when he successfully sought club registration for the serving of alcohol in a pigeon fanciers’ club off the Falls Road,  convincing the court because of the nature of the activities the opening time should be very early in the morning. (It’s still in business.)

Mr Bready advised the Minister that if the policy of surrendering two subsisting for one new license was continued, then eventually the north would end up with just one public house. The law was  to be changed, with just one license to be surrendered. On hearing of the impending change from Mr Bready, my friend, Jim Gallagher, obtained a list of ‘subsisting’ liquor licenses from Stormont.

He spent three weeks touring the north and purchased five licenses from pubs which were not open. A pub then had to open just one day a year to keep  a subsisting licence. He found a ready market for the licences when the licensing laws were amended and doubled his money.

While out walking I've had conversations about pubs with a host of people. Last week I drew attention to Wee Jim’s shopping trolley. It turns out what I thought was Carlsberg was Diet 7-Up. (The cans are the same colour.) He hasn't had a drink since Paddy’s Day and isn't sure whether he will go back to the pub. Another man I met says he won't be back in the pub as he and his wife now have “a few beers” at home on a Friday night.

Big John Loughran misses the craic in the Three Cs while two other guys say that they now have money in their pockets for the first time in years as they have no access to the poker machines since the pubs closed. Both say they intend to keep it that way.

Meanwhile, an announcement is due this week on the way forward.