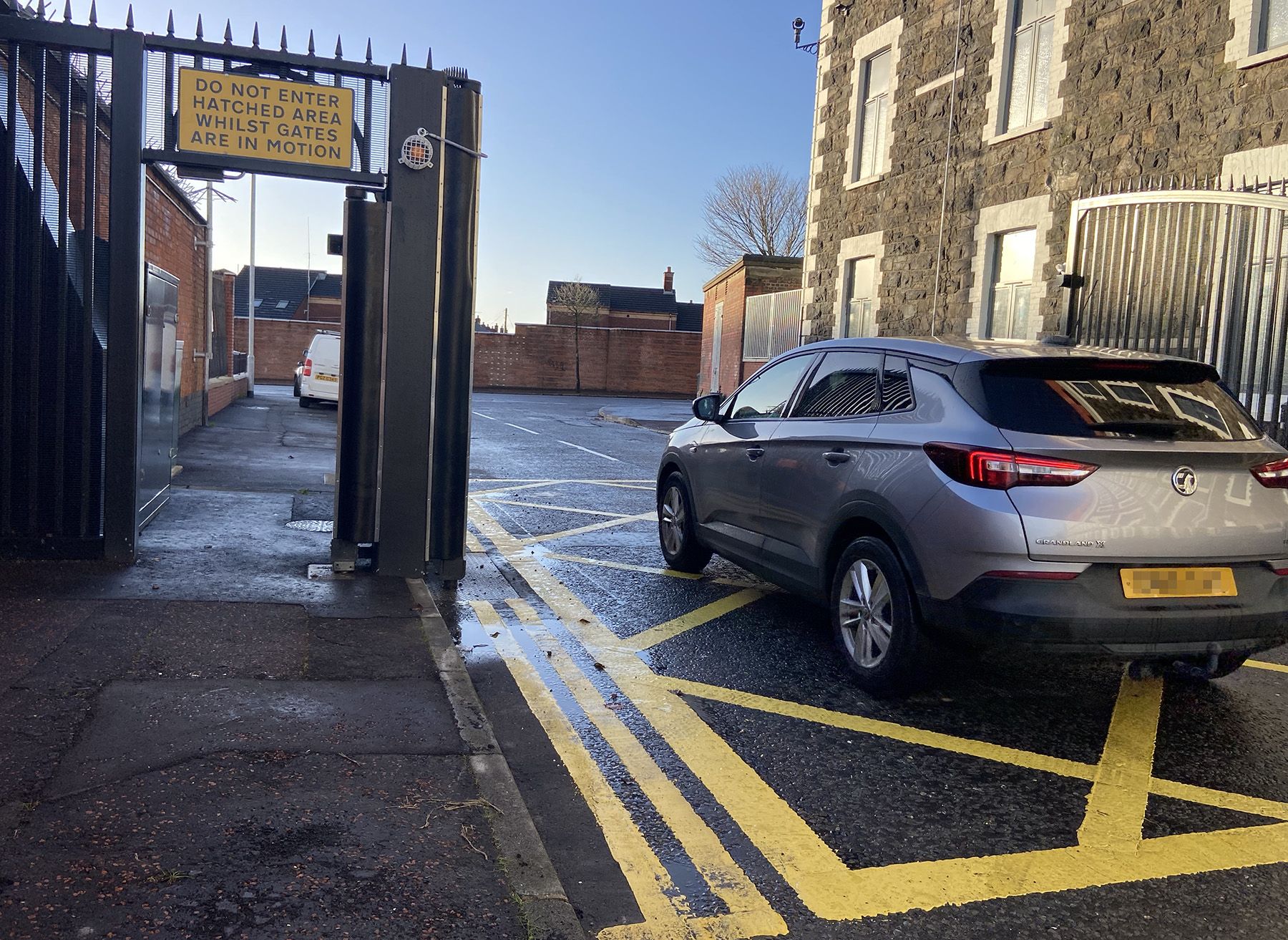 THE barrier at Flax Street in Ardoyne has been opened to traffic for the first time in almost 40 years.

The long-standing steel 'peace line' which has been in place since the 1980s leads on to the Crumlin Road.

Last year, the the Department for Justice signalled their intent to replace the existing double barriers on Flax Street with automated and remotely-operated vehicular and pedestrian access gates — a move opposed by the DUP.

And at 6.30am this morning, despite the absence of a Justice Minister due to the collapse of the Executive, the barrier was re-opened.

Fr Gary Donegan said: "Despite the horrific weather and 6.30am start, it was a great to see this historic moment happen, bringing another bit of normality back after 40 years.

"A massive thanks to all who laboured to make this happen. Great work."

North Belfast Sinn Féin MLA Gerry Kelly said: "It is a substantial move for the regeneration of the area led by the community and those who have worked across this community for decades."

At 6.30 this morning we had the pleasure (despite heavy rain😊)of seeing the the Flax St gates open to traffic after nearly 40 years.A substantial move for the regeneration of the area,led by the community and those who have worked cross community on this for decades.well done. pic.twitter.com/A8yI4ih8Hr

Local Sinn Féin Councillor Nichola Bradley added: "This is a positive step forward and will make such a difference to people.

"Hopefully this also alleviates the traffic congestion in both Ardoyne Avenue and Flax Street."

A Department of Justice spokesperson said: "With the re-opening of Flax Street we were keen to dovetail the new arrangements with completion of nearby building work at Brookfield Mill. Residents of the new townhouses and apartments developed as part of this major regeneration scheme are expected to begin moving in to their new homes in the coming weeks.

"With the redevelopment of the adjacent Hillview Retail Park over the past year and a half, the area has undergone a major physical transformation; it is hoped that the re-opening of Flax Street will contribute to these wider improvements for the local community."

Initially the Flax Street gates will open from 6.30am to 6.30pm.

Following a six-week bedding-in period, the opening times will be extended to 9.30pm to align with the closing times of shops at the nearby Hillview Retail Park.