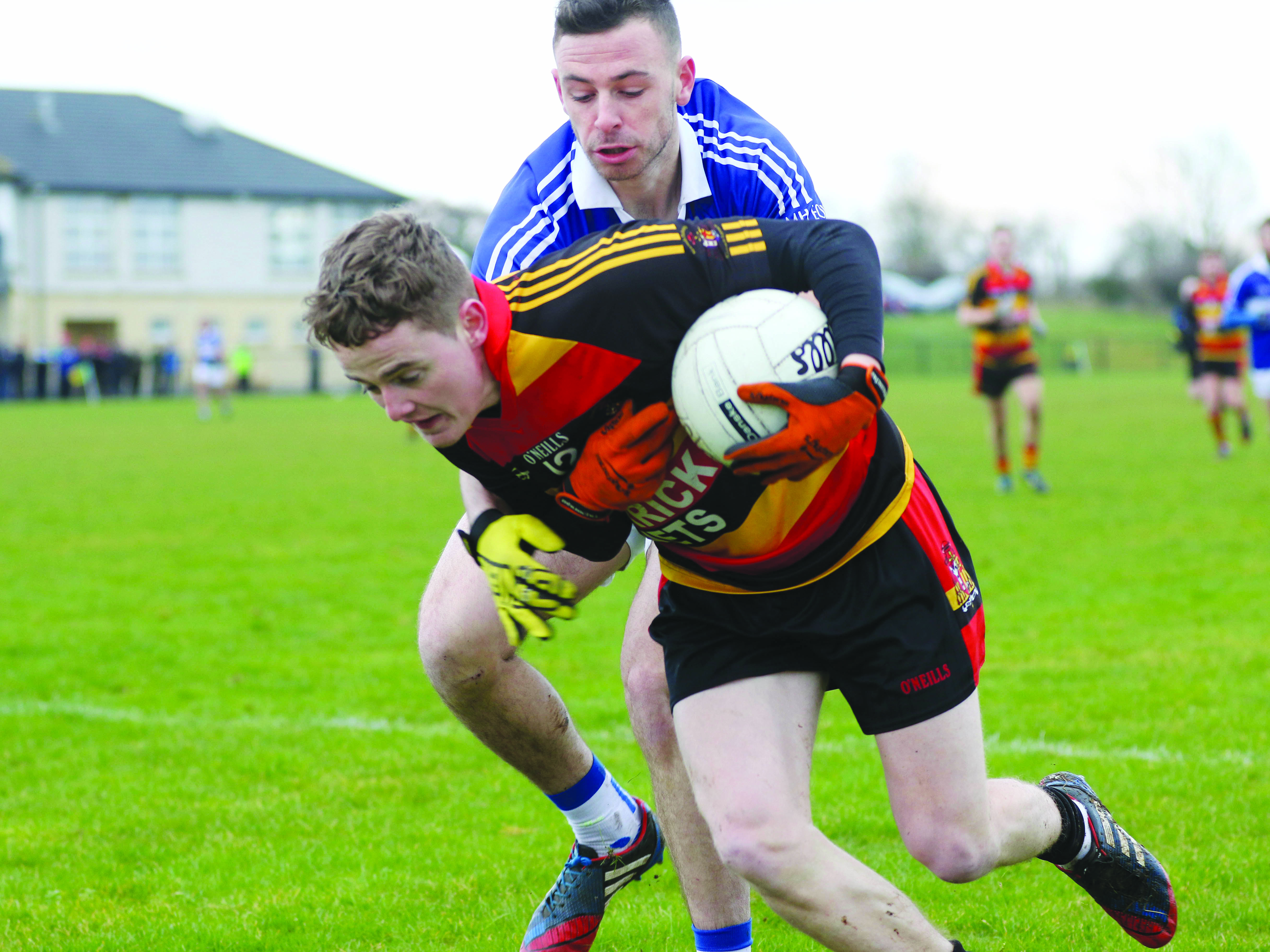 GIVEN the manner of their semi-final clash last year, it is wholly appropriate that this year’s Paddy McLarnon Cup final is contested between St John’s and Watty Graham’s Glen.

After their stunning comeback win over Cullyhana on Saturday, manager Locky McCurdy gave a wry smile when it was suggested that Watty Grahams could be their final opponents.

The following day, Glen confirmed their place in this weekend’s decider by beating Magheracloone in the second semi-final. Under the management of Paddy Nugent, the Johnnies exited the Creggan-run U21 Football Tournament at the semi-final stage of last year’s competition at the hands of the Derry champions.

It could, and probably should, have ended differently for the Johnnies. Leading by six points at the break, the Whiterock Road men simply couldn’t get going after the break. In what was the quintessential game of two halves, Glen gradually reeled in St John’s and won with five points to spare.

Throughout the U21 Tournament, St John’s have played with the hurt of that semi-final defeat lingering and festering in the background. Yet, their campaign seemed all but over last Saturday when a game and hungry Cullyhana side looked home and hosed. Another crushing last four defeat looked inevitable.

Trailing by three points with time rapidly running out, Matthew Fitzpatrick took the game by the scruff of the neck. A darting run through the Cullyhana rearguard finished with Fitzpatrick firing a bullet of a shot past James Carragher and into the top left-hand corner of the net. It was a goal created from nothing.

Perhaps St Pat’s were shell-shocked by the concession of the equalising goal but worse followed for the South Armagh men as St John’s hit a further 1-1 in injury-time to book their place in Sunday’s decider.

Fitzpatrick earned his second consecutive man-of-the-match award for his exploits and, speaking after Saturday’s thrilling game, he insisted that the Johnnies never doubted their ability to battle back against the ever-lengthening odds.

“We’ve been together now for a fair few years. We’ve won Feiles, U16s, Minor and U21 Championships, we know each other inside out,” said Fitzpatrick. “We were saying to each other that we were two points down with about 10 to go and we were saying that we just need one chance to get a goal and we ended up getting two which is brilliant, but the score line probably flatters us a little.

“Winning this tournament would be massive for us and for the club. We’ve kept last year in the back of our minds but then again you win or you learn. Losing sometimes isn’t the end of the world.”

Last Sunday, Fitzpatrick gave Francie O’Rourke the runaround and posted a tally of 2-2 in a stunning display. However, he could have secured his hat-trick with the game’s final move.

After Cullyhana’s last attack broke down, Fitzpatrick secured the break in the middle third. St Pat’s had committed bodies forward in search of an equaliser and Fitzpatrick stretched his legs on the Creggan turf.

With Cullyhana’s sole defender Cathal Donnelly caught in no-man’s-land, Fitzpatrick waited until Donnelly committed before passing across to substitute Jude McCurdy to score a third goal for St John’s.

While the pass was unselfish, Fitzpatrick joked that he didn’t want to incur the wrath of the Johnnies management had he missed. “I’ve missed too many of them,” said Fitzpatrick.

“I had to give it off or Eddie McToal and Locky (McCurdy) would’ve chewed the head off me if I missed another one. “I passed the buck a bit to be honest. I had nothing left so I thought, no chance and passed it across in case I put it wide.”

Sunday’s final will pit St John’s against tournament favourites Glen, who have several of last year’s title-winning side still available for selection – including Aussie Rules protégée Conor Glass. Enda Gormley’s side eased past Monaghan champions Magheracloone in the second semi-final on Sunday.

Glass and Tiarnan Flanagan helped themselves to two goals apiece while Derry senior panelist, Ciaran McFaul bagged their other goal in an emphatic 5-10 to 1-5 victory. Fitzpatrick is sure to come in for special attention from the Glen defence after breaking onto the Antrim starting team for the opening two games against Carlow and Wexford.

However, the St Mary’s students says he welcomes the increased demands of playing inter-county football.

“We’ve started well with Antrim but Paddy McBride tells me I’m only minding his spot until he comes back,” added Fitzpatrick. “It’s been a busy few weeks but what else would you want to be doing?

“We keep training away and we’ve been busy but sure that’s why you do it - so you can play in as many matches, competitions and finals as possible.”

St John’s will again be without the service of Ciaran and Conor Johnston as Antrim hurlers clash with Kildare in Ballycastle on Sunday afternoon. However, Locky McCurdy will welcome back CJ McKenna and Padraig Montgomery for the final.