OPINION – Gerry Adams: A society that is 'less safe and less fair' 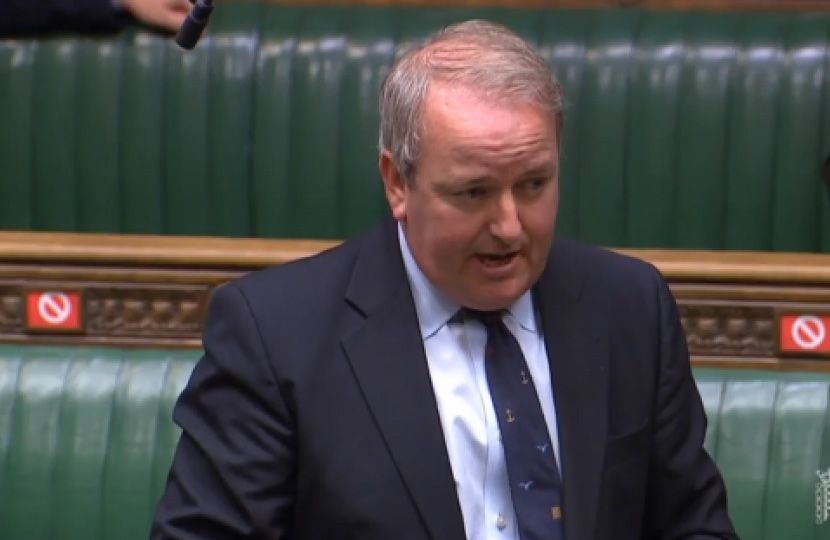 The Johnson government is currently engaged in the most concentrated attack on human rights of any British government since Margaret Thatcher.

Last week the British Parliament passed the second reading of the Covert Human Intelligence Sources (Criminal Conduct) Bill. This legislation provides for authorisations that will empower Britain’s Secret Service and intelligence agencies, police forces and a range of public agencies, including the Environment Agency and Gambling Commission and others to authorise their agents and informants to commit criminal offences.

In a damning joint briefing by the Pat Finucane Centre, the Committee on the Administration of Justice (CAJ), Reprieve and Rights and Security International these frontline human rights organisations point out that this Bill “places no express limits on the types of crimes which can be authorised. There is no express prohibition on authorising crimes that would constitute human rights violations, including murder, torture (e.g. punishment shootings), kidnap, or sexual offences, or on conduct that would interfere with the course of justice.”

places no express limits on the types of crimes which can be authorised. There is no express prohibition on authorising crimes that would constitute human rights violations, including murder, torture (e.g. punishment shootings), kidnap, or sexual offences, or on conduct that would interfere with the course of justice.”

Last week the British Home Secretary Priti Patel used a speech to the Conservative Party conference to attack lawyers who defend migrants. She linked them to human traffickers. Patel said: “No doubt those who are well-rehearsed in how to play and profit from the broken system will lecture us on their grand theories about human rights. Those defending the broken system – the traffickers, the do-gooders, the lefty lawyers, the Labour Party – they are defending the indefensible.”

Patel’s criticism of lawyers was echoed a few days later by Boris Johnson who claimed that his government was determined to stop the “whole criminal justice system from being hamstrung by what the Home Secretary would doubtless – and rightly – call the lefty human rights lawyers and other do-gooders.”

The Bar Council and Law Society which represent lawyers have criticised this Tory assault on lawyers. One pointed out that: “In countries where lawyers are unable to do their job for fear of intimidation the rule of law is weakened. The consequences are a society that become less safe, less stable and less fair.”

Another line of attack on human rights was also announced last week with the publication by the British Home Office of a report by the Law Commission which proposes significant changes to the scope of search warrants, the acquiring of medical records and stored digital data and accessing material held by journalists.

None of this will surprise anyone who experienced the British abuse of the legal and judicial system in the north during the recent years of conflict. Special Diplock Courts; special rules of evidence; the use of forced confessions; the onus on defendants to prove their innocence; the Special Powers Act and its replacements the Prevention of Terrorism Act and Emergency Provisions Act; and the role of agents, spies and state collusion in the murder of citizens. Pat Finucane was a human rights lawyer murdered by agents of the British state. So too was Rosemary Nelson.

The Glenanne Gang killed 120 citizens, including those killed in the Dublin/Monaghan bombs. A Police Ombudsman report in 2007 revealed how one agent, Mark Haddock, was paid £80,000 by the British state. Haddock and his gang killed at least 15 people.

General Frank Kitson, who served in many of Britain’s counter-insurgency campaigns, including in Belfast in the early 70s, and was regarded as their foremost counter-insurgency specialist, wrote: “Everything done by a government and its agents in combating insurgency must be legitimate. But this does not mean that the government must work within exactly the same set of laws during an emergency as existed beforehand. The law should be used as just another weapon in the government’s arsenal, in which case it becomes little more than a propaganda cover for the disposal of unwanted members of the public.”

In essence the Johnson government is applying this principle to all aspects of British law and in particular to the application of the Human Rights Act. The HRC is a core foundation stone of the human rights elements of the Good Friday Agreement. Any tampering with it is an attack on the Agreement

A year of upheaval

There were two great events in 1990 that helped reshape the world and provide hope for many, including people in Ireland.

The first was the release on February 11  of Nelson Mandela. I recall as if it was yesterday Madiba walking out of Victor Verster Prison. I watched his release on television alone in the bedroom of the house I was in with tears streaming down my face as I stood and applauded. It still took almost four years of intense negotiations for him to become President of South Africa but his release sounded a note of hope for oppressed peoples everywhere.


The second great event was the smashing of the Berlin Wall in November 1989 and the negotiations over the following ten months which led 30 years ago this month to the reunification of Germany on October 3, 1990.

Two huge historic events that resonated across the globe and which reinforced our belief, as we were developing our own peace strategy, that no issue, however difficult, is intractable. That with courage and commitment and leadership it is possible to bring about transformative change.

There were many challenges for the people of Germany in making the process of reunification work. It brought with it a financial cost but today Germany is the strongest economy in the EU and its 83 million people are much better off. The 1990 East German economy, and its wage levels for workers, which were years behind that of West Germany, are now almost on a par with each other. A recent opinion poll revealed that Germans are happier now than at any time since 1990. But it is, as Chancellor Angela Merkel remarked, “a continual process”.

So too with Irish reunification. This too is a process. The Good Friday Agreement created the constitutional, democratic and legal context in which Irish reunification can take place. The debate on unity has become very intense in recent years, in part spurred by the stupidity of Brexit. Even the horrors of the pandemic point up the need for all island solutions to tackle the virus. Together is better. Division is not.

The months and years ahead will be challenging times but also a time of great opportunity for everyone living on the island of Ireland. The experience of Germany in successfully overcoming its barriers to reunification is evidence that it can be done.

It needs an open transparent conversation about how it can be achieved; what changes need to be embraced to build a truly inclusive society based on equality, and what compromises will be necessary to win maximum public support.