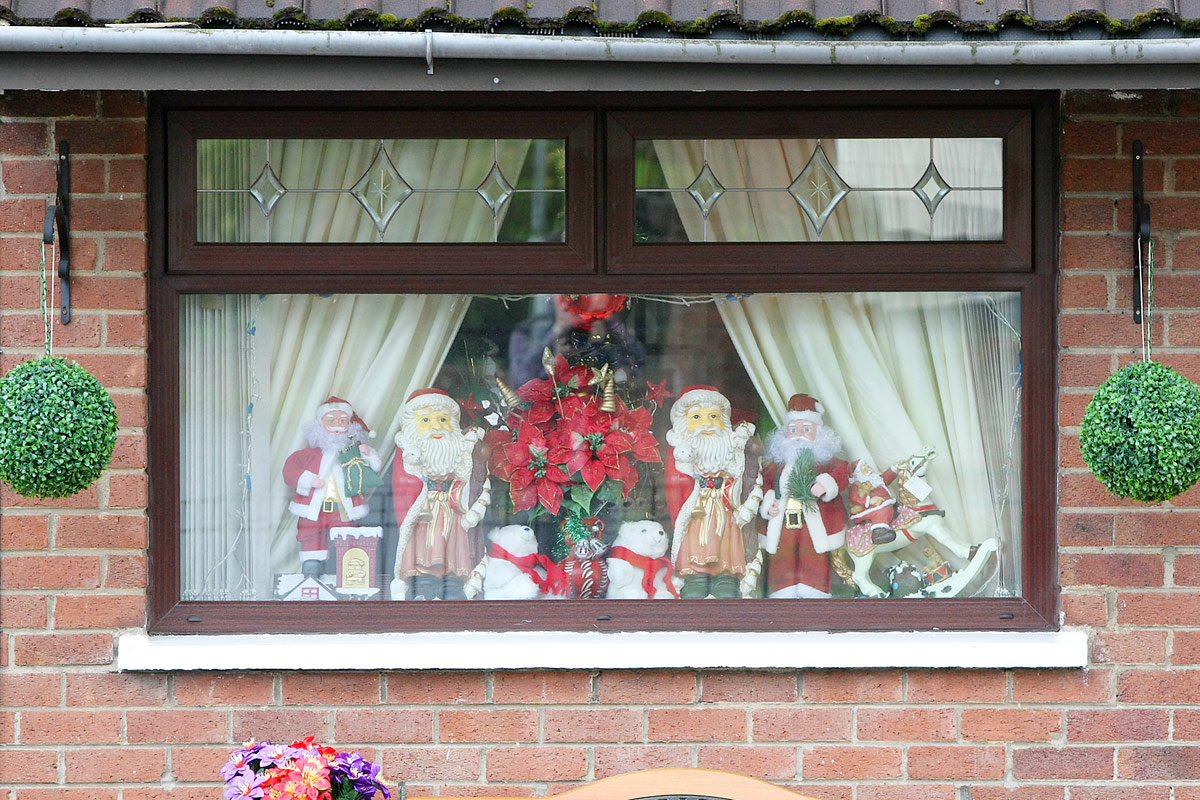 THE first signs of Christmas were visible in Andersonstown this week after the first house was spotted with its Christmas decoration up… on Halloween night!Readers contacted the Andersonstown News on Monday after spotting the home in the Edenmore Drive area with Santa Claus ornaments in its windows and over-sized Christmas tree baubles hanging outside – all while fireworks explosed and local trick-or-treaters were still making their yearly house calls.

The sighting comes as local shops set out their stalls weeks  in advance of the usual start date to ensure maximum profits during what is traditionally their busiest time of year against the backdrop of a deteriorating economic climate and growing redundancies.

Christmas merchandise was also spotted in shop shelves as early as August this year, prompting many people to complain that the festive rush was putting undue pressure on cash-strapped families and taking away from the real meaning of Christmas.