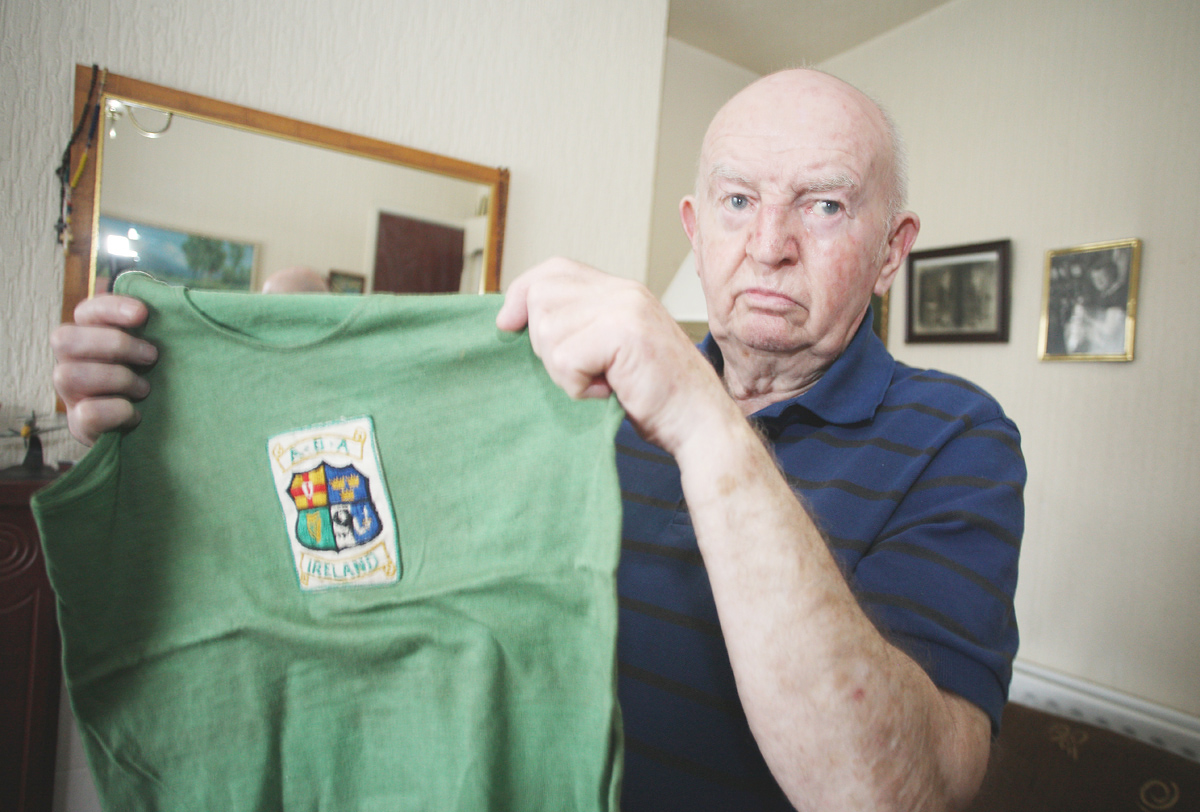 A new attempt to reunite one of Belfast’s most famous boxers with his missing championship belt has been launched in a bid to clear up one of Irish sport’s longest running mysteries.

Ardoyne man Freddie Gilroy, 79, was considered one of the world’s top boxers when he won a coveted Lonsdale Belt outright for winning and then retaining the British Championship, becoming the first Irish boxer to achieve the feat. Freddie also claimed Empire and European titles in a glittering career in the ring.

The belt went missing around 1985 after Freddie loaned it to a friend and he hasn’t seen it since. But now Freddie’s brother, Teddy, has been approached by a man who says he’s seen and even held the belt in a house in North Belfast. Now the family are making a plea for the belt finally to be returned to Freddie, who’s currently suffering from ill-health.

“We don’t know how they came to get the belt but the man who came to me said that he held it in his hand,” said Teddy. “All we want to do is reunite Freddie with his belt because he still talks about it.”

Teddy, 82, says he and the family are appealing directly to whoever has the belt to do the right thing.

According to Teddy, the belt is one of the old-style Lonsdales that was made with solid gold and could be worth up to £50,000. But he says the sentimental value to his brother is incalculable.

“There’s a good chance the person who has it doesn’t know what it means, so we are appealing to their better nature to hand it back.”

Freddie Gilroy was a teak-tough bantamweight who won a bronze medal for Ireland at the 1956 Melbourne Olympics before turning pro. He beat talented Scot Peter Keenan in 1959 to take his first British title before challenging for the world title the following year, taking on Alphonse Halimi in London. Although Freddie floored the champion in in the fifteenth, he lost narrowly on points.

But his most famous bout was against another Belfast boxing hero, John Caldwell. In a thrilling 1962 bout regarded by connoisseurs of the fistic art as one of the greatest fights ever staged in Ireland, Freddie stopped his city rival before announcing his retirement.