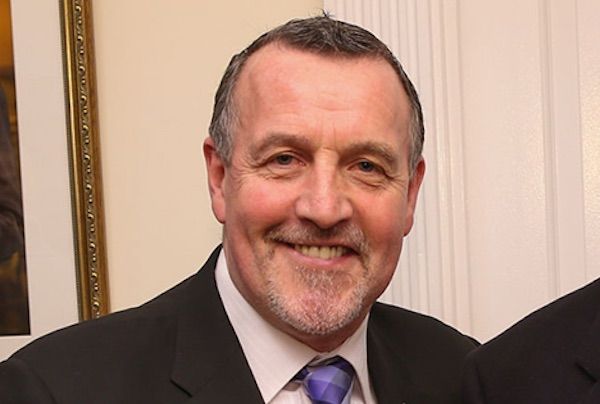 BACK IN BELFAST: Malachy McAllister is picking up the. pieces after his deportation from the US but was his expulsion legal?

Was the actual deportation of Malachy McAllister an entirely legal action?

This is a question that has come into focus following a ruling by a federal judge that the Acting Secretary of the Department of Homeland Security, Chad Wolf, is likely unlawfully serving in his post.

Judge Paula Xinis, in a 69-page ruling issued on Friday, September 11, opined that two immigration advocacy groups who are taking legal action against DHS are “likely to demonstrate that (former acting Homeland Security Secretary Kevin) McAleenan’s appointment was invalid under the agency’s applicable order of succession, and so he lacked the authority to amend the order of succession to ensure Wolf’s installation as Acting Secretary.”

Subsequently, according to a CNN report on the ruling, Wolf didn’t have the authority to impose the asylum rules that are being challenged, Xinis ruled.

If that turns out to be the case, attention will again be focused on Wolf’s role in the McAllister deportation, whether he signed off on it, had someone else give the all clear for McAllister’s removal from the U.S. in a DHS aircraft, or whether he had no role at all and the deportation was ordered by someone else.

In the days leading up to McAllister’s deportation on June 10, Senator Charles Schumer of New York and Senator Bob Menendez of New Jersey wrote Wolf in support of McAllister being allowed remain in the U.S.

Our @CBP officers are getting the tools they need to secure our border. @CBP, with the help of the @USACEHQ, is fulfilling @POTUS’s mandate to build a physical barrier to protect this nation. We already have 300+ completed. pic.twitter.com/siNTqAJpdM

In doing so, the senators evidently viewed Wolf as being the person most in control of McAllister’s immediate fate.

Last month, President Donald Trump announced that he would officially appoint Acting Secretary Wolf to take over the top DHS position on a permanent basis.

This would mean a Senate confirmation hearing for Wolf, whose legitimacy in his post due to its “acting capacity” had been even then called into question by the Government Accounting Office, a congressional  watchdog agency.

Wolf has been acting secretary since November 2019, following his Senate confirmation for the position of Under Secretary for the Office of Strategy, Policy, and Plans.

However, reports at the time stated that the GAO had said in a report that his (Wolf’s) appointment and that of Senior Official Performing the Duties of the Deputy Secretary Ken Cuccinelli – the top two leadership roles at DHS – were invalid.

DHS, in turn, disputed the GAO conclusion. In a statement published on its website, the department’s Office of General Counsel responded “to the baseless legal opinion issued by the Government Accountability Office.”

The DHS statement said that “OGC shows not only that the GAO’s legal reasoning and treatment of the evidence are deeply flawed, but also how the timing and authorship of the opinion both reveal it to be a brazenly partisan product issued by supposed nonpartisan agency.”

The ruling by Judge Xinis, who is based in Maryland, would appear to support the GAO position.

In their letter to Wolf, Schumer and Menendez, both Democrats, stated: “We are writing to ask for your immediate intervention in the case of Malachy McAllister who is scheduled to be deported on Friday, June 5, 2020.

They continued in part: “The circumstances of Mr. McAllister’s case, detailed below, strongly warrant a longer-term solution. We request that you exercise prosecutorial discretion and grant him indefinite deferred action.

Malachy McAllister is set to be deported on Tuesday. For 20 years Malachy has been a valuable part of our #NJ09 community. America is where he belongs. We’re again requesting DHS delay this move so we can continue to pursue a permanent resolution for his case. https://t.co/8HhBr4bJqt

“On March 5, 2019, Senator Menendez introduced private bill, S. 653, which would make Malachy McAllister eligible for legal permanent resident status. A private immigration bill is an exceptional measure for individuals with extraordinary equities and is the only form of permanent relief available to Mr. McAllister. Efforts to pass this legislation continue in theSenate and House of Representatives.”

The letter went into the details of McAllister fleeing Belfast with his family in 1986 after a loyalist gun attack on their home, the family’s initial flight to Canada, and then the United States. It included a synopsis of Malachy McAllister’s legal battle to remain in the U.S. during his twenty four years as a resident, mostly in New Jersey.

The letter continued: “Mr. McAllister has developed deep ties to the Irish-American community in the Tri-State area of New York, New Jersey and Connecticut. He had been a member of the Ancient Order of Hibernians (“AOH”) for 20 years and served on its New Jersey State Board. He was elected Chairman of the United Irish Counties Association event in 2009, which hosted and recognized Former Senator George Mitchell for his work on the Good Friday Agreement. He was also appointed as an aide to the 2010 New York St. Patrick’s Day Parade Grand Marshal, New York Police Commissioner Raymond Kelly.

“We are making this request because of our personal knowledge of Mr. McAllister who has lived in the United States for more than twenty years and has proven himself to be absolutely no threat to this country. While Mr. McAllister was involved in paramilitary activities in Northern Ireland more than two decades ago, as were so many others, he has been a strong proponent of the Irish Peace Process in accordance with the policies of the Clinton, Bush, Obama and Trump Administrations. During the time of the Good Friday Agreement Mr. McAllister played a leading  role in urging the Irish-American community to support a negotiated peace and has continued those efforts.

“We respectfully request you stop his deportation and grant him indefinite deferred action. Thank you for your consideration.”

The letter from the two senators followed a similar letter to Acting Secretary Wolf from four members of the House of Representatives, two Republicans and two Democrats.

The prominence of these petitioners would make it near certain that Acting Secretary Wolf was fully aware of McAllister’s precarious position as a U.S. resident of more than two decades.

How this awareness translated into any action on Wolf’s part, or whether the decision to deport McAllister was taken by someone else, has not yet been answered or explained.