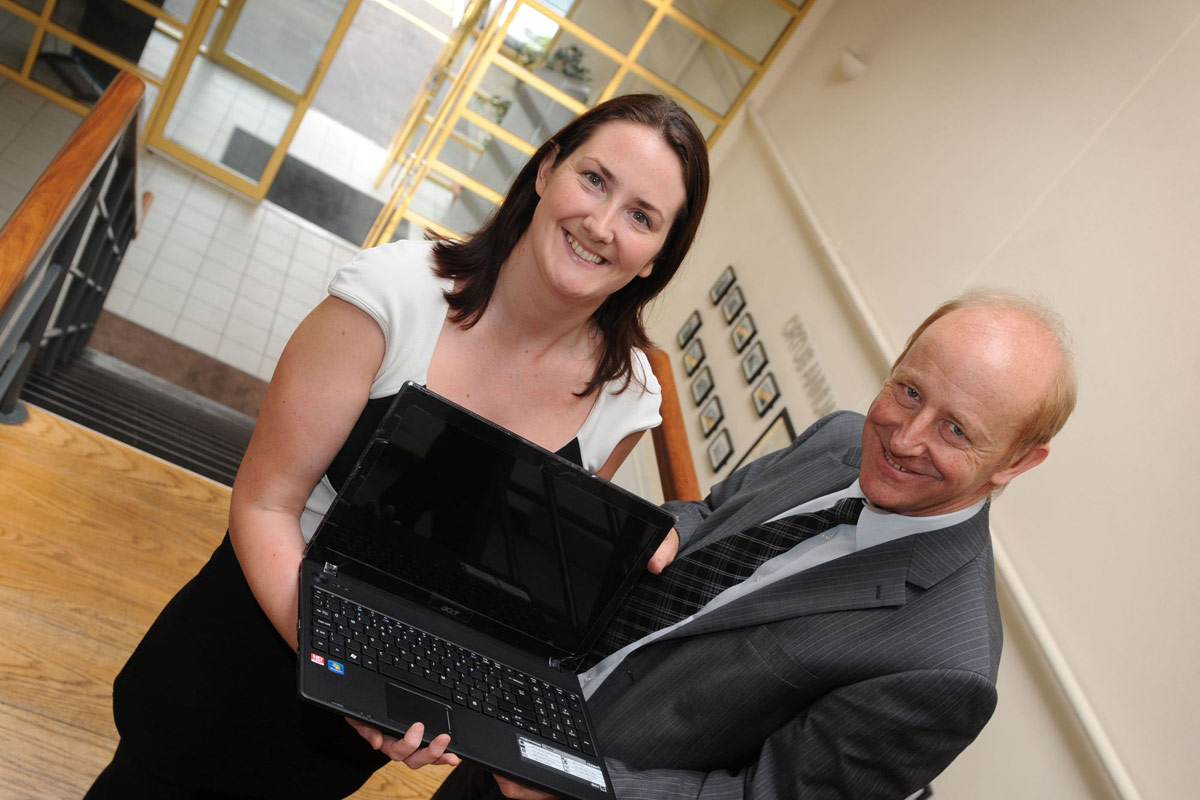 Recent research carried out by Belfast-based business development agency Ortus  on behalf of Charity Bank has identified a need for third sector organisations to reposition themselves for sustainable investment in light of the sudden collapse in previously assured funding streams.

The research, which has led to a tailored qualification being developed by Charity Bank in conjunction with the University of Ulster, included a consultation with third sector organisations from across Northern Ireland. Organisations were invited to comment on current trends in the sector and the issues they face. Those who replied were entered into a prize draw for a brand new laptop, which was won by Sorcha McKenna of the Human Rights Consortium.

Paul Donaldson of Charity Bank, who presented Ms McKenna with the laptop, commented: “We at Charity Bank are happy to present the laptop in recognition of the valuable input from all of the third sector organisations who responded to the consultation. The Investment Readiness Programme is being developed to directly combat the issues raised during the consultation and promises to be an exciting new initiative, aiming to promote sustainable investment and financial management throughout the third sector in Northern Ireland.”

Programme Managers, Ortus, are currently inviting expressions of interest from individuals and organisations who feel they would benefit from the qualification via an online form which can be had at www.readyforinvestment.org