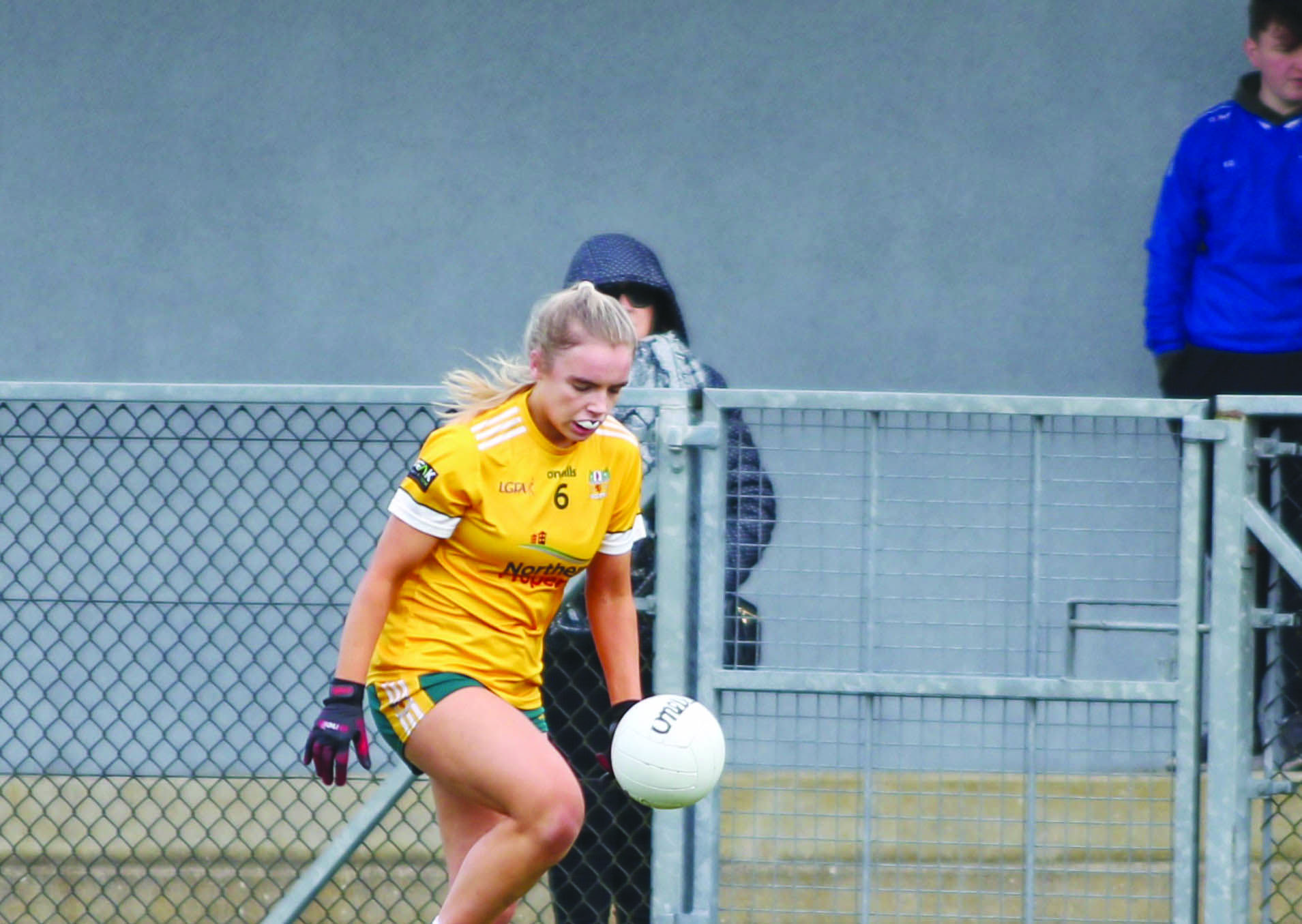 AFTER a very strong start to the season, Sarah McCann’s young Saffrons have earned their spot in the Ulster Minor Platinum Final this weekend.

The Antrim girls will be going head-to-head with Cavan with a 3.30pm throw in at Crossmaglen this Saturday.

Cavan are the only team to have gotten the better of Antrim so far this season, so a big performance will be required from a motivated Antrim side.

McCann extended her management team for the 2022 season, and it has certainly added a new dimension to the Saffron squad.

Marty Kane entered the scene to assist, and he deserves a lot of plaudits for the way he has come in and helped improve the girl’s game.

The experienced Cargin man has taken the lead on tactics and analysis and has proved himself as a valuable addition.

Senior county goalkeeper, Anna McCann, is also in the management structure and as predicted, her role as goalkeeping coach has been very helpful for her young club mate, Emily McCoy, who has been solid between the posts.

On Saturday, Antrim will be hoping for big performances from team captain, Aileen McDonnell along side Maria and Sarah O’Neill and Gort na Móna’s  Blaithin Ni Cathail, who has undoubtedly been one of the top players in this campaign.

Whilst Cavan may have come out on top in the last outing, Antrim recorded convincing wins over Tyrone and Donegal respectively over the last couple of weeks, which will stand the girls in good stead for the upcoming clash.

“Cavan are a very good team and we’ve learnt a lot from the game a few weeks ago,” said McCann.

“We’ll be going into the game with the underdog tag but that’s probably to our advantage. There’s no pressure on us, we’ve worked hard, and we know the girls are ready.”

All roads lead to South Armagh on Saturday. 3.30pm.