Gaelic Games: Carryduff bidding for back-to-back titles with familiar foes in their way 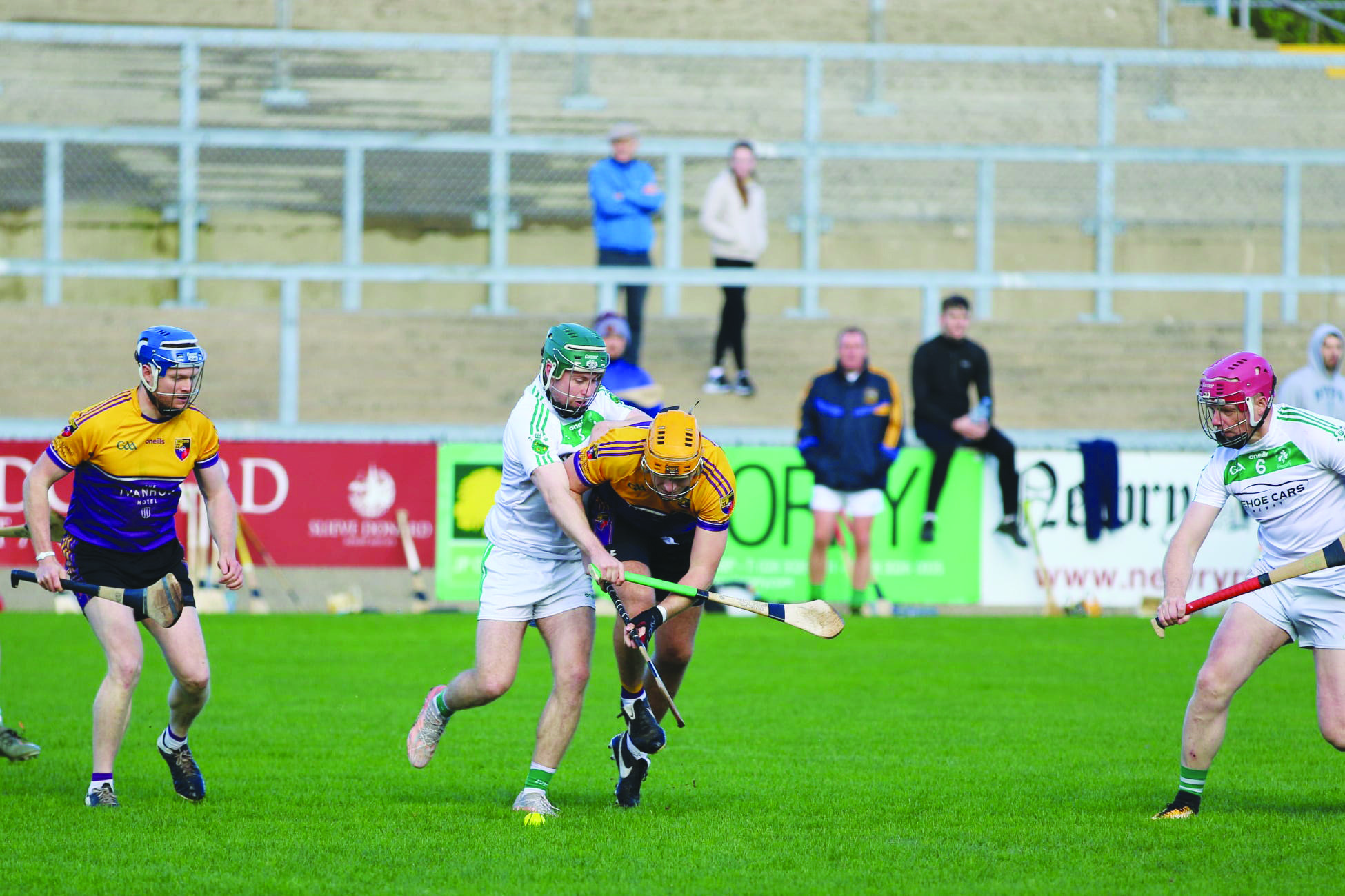 There will be no hiding place for either team and both management teams are more than familiar with the opposition at this stage in the season.

It is a fairly new rivalry in Down hurling, but one which has swiftly captured the imagination of the fanatic supporters associated with both teams and a big crowd is expected at St Patrick’s Park.

When the sides met in the delayed 2020 Down IHC semi-final in Ballela in July, Newry put Carryduff to the pin of their collar and only lost out by three points (3-14 to 3-11).

The South Belfast side went on to win the Championship title with a 2-15 to 1-12 win over Liatroim in the decider, but they’d been served notice that the former Down Junior winners meant business at the Intermediate grade.

“We played them down in Ballela in what was the 2020 semi-final,” reflected Carryduff boss Damien McCallin.

“I don’t think Carryduff and Newry would have played much because they’d just come up from Junior.

“For us, that was the first proper meeting and that game was nip and tuck right until the end.”

The round-robin games between the sides were played at a proper Championship intensity. Yet, Carryduff confirmed the 2020 semi-final result with home and away wins over the Shamrocks.

However, both games were extremely tight with Carryduff winning by two points at home before booking their place in the decider with a 3-11 to 0-16 win at Páirc Esler in round four.

“The last game was hot and heavy and as close as anything,” added McCallin.

“It was the same when they came to Carryduff for the second round of the 2021 Championship – there was only two points in it.

“In Páirc Esler, it was a real ding-dong game. They say familiarity breeds contempt, but there has never been an issue with the two sets of players.

“They go out and hurl away and it is always exciting between the teams. It isn’t always enjoyable as a manager in these games because sometimes they don’t go as you’d expect.

“It is going to be a knife-edge especially in a final. We’ve now beaten Newry three or four times this year so they won’t need any more motivation.

“The two teams know each other inside out and it is going to be very tight. The boys are champing at the bit and there is a good buzz about the place.”

After winning the delayed 2020 final in August, we play Newry Shamrocks in the 2021 final this Sunday in St Patricks Park, Newcastle (1pm).

Two Down C’ships in 1 year.

Come along and add your support and help the boys make history! 💪💪 pic.twitter.com/YLCo5zoJR8

Despite facing the Shamrocks for the third time in six weeks, McCallin feels the four-team round-robin format in the Down Intermediate Championship has worked out well this season.

Having qualified for the final with four wins from four, the St John’s clubman was able to give some of his fringe players a run-out in the round six defeat to Clonduff and he believes his native Antrim would do well to emulate the home and away format in their Senior Hurling Championship.

“This year, I think it has definitely worked,” said McCallin.

“If you look at the Antrim Senior Championship format, you play a team home or away. That can be a bit of an imbalance.

“The fact that we play every team home and away not only balances it out, it gives you more hurling.

“This year has been different because we had to finish the 2020 Championship, but in another year, essentially you’d be training for three matches. That isn’t much of a reward. Our boys have certainly enjoyed it.

“Liatroim, Newry and ourselves. . . there isn’t much between the teams. Clonduff gave us a good game down there and I don’t think they are too far away. From that perspective, we’ve had competitive game the whole way through the competition.”

He added: “We’ve 44 on the panel and we don’t have two teams – we could have if we wanted to enter other competitions.

“We played Ballycran in a challenge game on Saturday so anyone who wasn’t involved played on Sunday (against Clonduff).

“The players weren’t happy at getting beat, but we’d maybe four or five players making their senior Championship debut. That’s enough of a victory for us knowing that the game was a dead-rubber.”

The Carryduff manager says star attacker Ronan Beatty remains doubtful as he continues to recover from the broken wrist which has limited his appearances for the club’s hurlers and footballers this term.

Ronan Sheehan’s side will be determined to finally get one over on Carryduff and they wouldn’t need much improvement to deny the defending champions.

In Paul Sheehan and Eoin McGuinness, they have two forwards who are more than capable of causing damage.

A place in next weekend’s Ulster Club IHC is also at stake with Sunday’s winners progressing to a meeting with Fermanagh outfit Lisbellaw in Brewster Park.

If recent games are anything to go by, this one will go right to the wire, but the form still points to Carryduff retaining the title they only won earlier this summer.