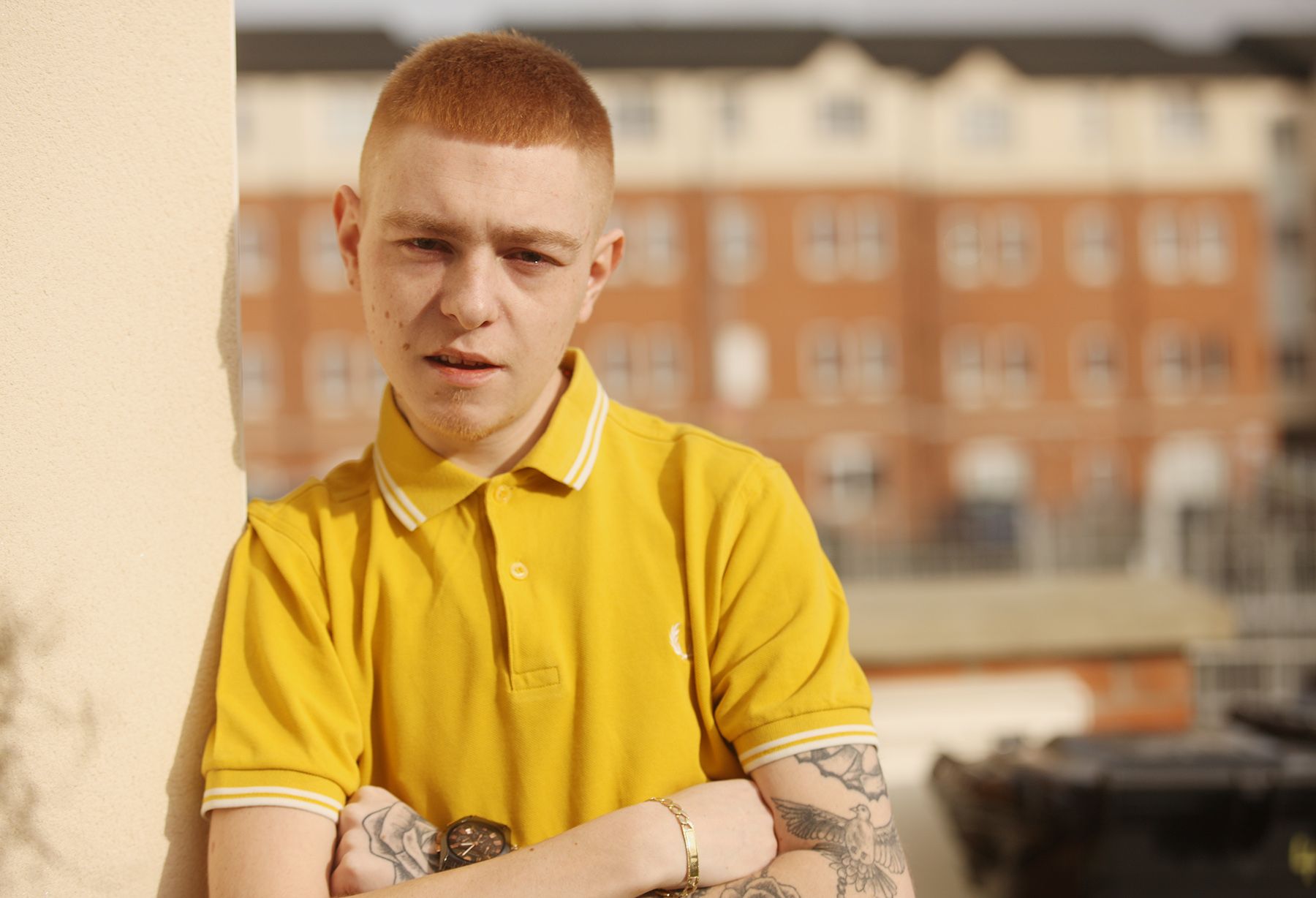 BRINGING HOPE TO OTHERS: Gearoid this week

A YOUNG North Belfast man has opened up about his mental health battle, five years on after he almost lost his life after taking an overdose.

Gearóid Marshall McGarry (21), from Ardoyne spent 13 days in ICU in 2015. His family feared the worst but five years on, he is determined to help others who were in his position.

“It started off when I was using drugs at the time and being very anxious,” he explained. “I took an overdose and ended up in ICU in hospital for 13 days. My family thought I was going to die and not make it.

“I am proud of myself that I am still here and how far I have come. I was one of the lucky ones.

“I can honestly say how lucky I am to be here. I still get my bad days like everyone and fight my demons but as I say, I keep riding that bike and keep my head up.

“I am in a much better place now. I have been out walking a lot which has really improved my mental health.”

Gearóid is planning to do a sponsored walk at the Stairway to Heaven in County Fermanagh on St Patrick’s Day. Money raised will go towards homeless and mental health charities, Rosemount House on the Antrim Road and the Reaching Out Support Group.

“I had originally planned to do a sponsored walk on February 13 to mark five years since I was in hospital,” he added.

“I have now organised it for St Patrick’s Day. I want to highlight these charities who do great work with the homeless and mental health support, two non-profit charities.

“I also want to say to people suffering like I did, please open up and please do not think that suicide is the answer.

“I have come a long way and I hope that I can help others to stay away from the drugs and always to talk.

“I am here to tell my story and hope that someone that is fighting a battle sees this and thinks about their own life and family.”

Anyone who wishes to donate to Gearóid’s sponsored walk can make a donation directly to the two charities.