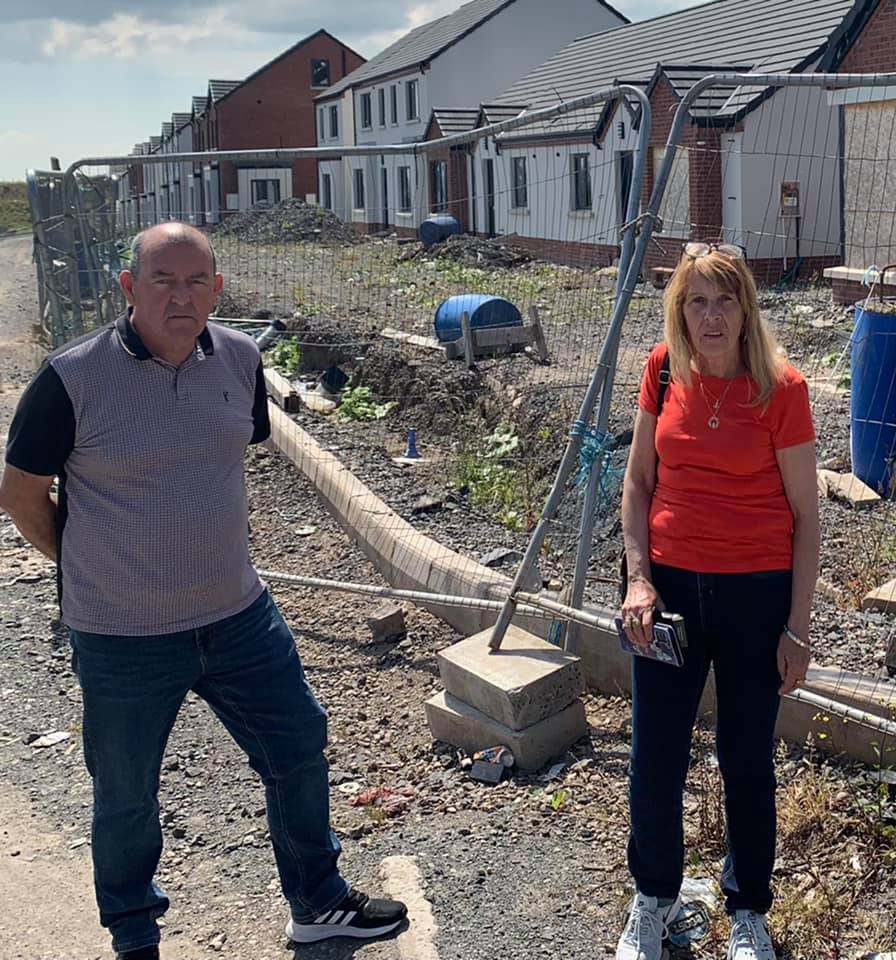 A West Belfast social housing development which has been beset by problems since work began on it over six years ago is set for completion in September 2022, it's been revealed.

Work on the 92-home Glen Road Heights development resumed in August with the appointment of a new contractor.

Brendan Loughran and Sons were appointed to finish the homes after the previous contractor stopped work in March 2020 at the start of the Covid-19 pandemic.

The development first ground to a halt in July 2016 after the company contracted to do the work went into administration.

The joint Choice Housing and Radius Housing project has been plagued with difficulties from the beginning. 240 homes were originally earmarked for the site but a planning wrangle saw the number of housing units cut drastically.

Contractors T&A Kernoghan were appointed to construct a reduced total of 92 homes at the Glen Road site and work began in March 2015. Builders downed tools due to a number of complications, effectively rendering Glen Road Heights a ghost estate.

In February 2016 planning approval for the site was rescinded following a judicial review of the allocation of land.

In March 2018, the EHA Group was appointed to complete the project.

Work on the project halted again in March 2020 due the Covid-19 pandemic.

A total of 23 homes have been completed thus far, but with a new contractor appointed, Choice Housing expects a further 18 units to be handed over in February. Seventeen units are expected to be completed by April 2022, followed by 16 more homes in May. A final 18 units are due for completion in September 2022.

It is understood that land behind the existing site has been earmarked for the development of 265 social homes as part of a joint project by Choice Housing and Radius Housing.

"This site has been bedevilled by problems from the get-go," he said.

"The new contractor is now going to complete that initial phase of the development. Some of the houses are around 70 per cent completed, but we want to get to a point where those homes are delivered as soon as possible. We know the pressures that are on people on the housing waiting list, so the more homes we get built the better.

"It's good news that that the contractor is back on site, it's also good news that there's the potential for another 265 houses behind that site, which will make a huge contribution to alleviating the housing stress in the city."

He added: "We're hoping that the they can get people into the homes as quick as humanly possible."