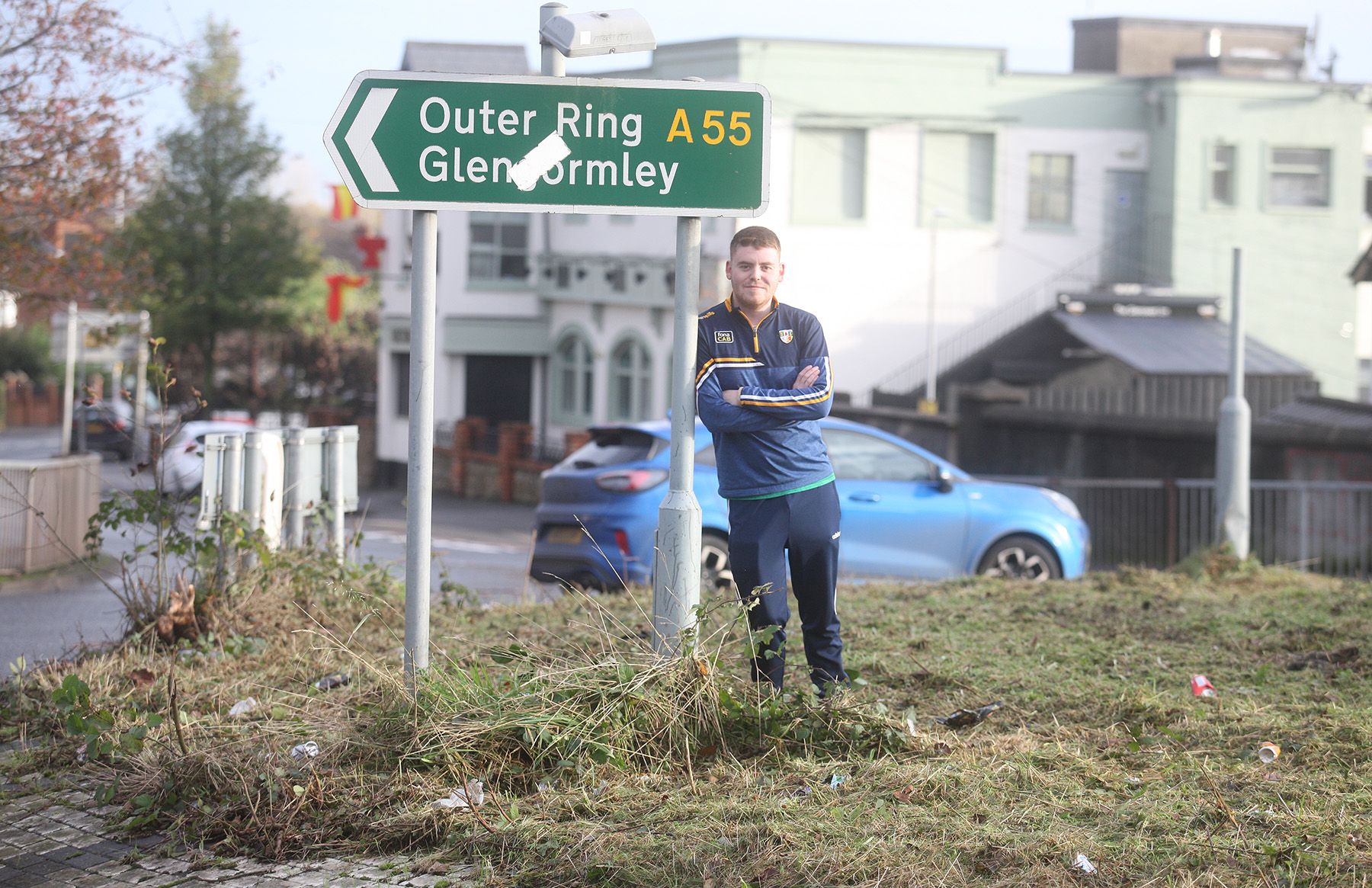 West Belfast could have its first wildflower meadow on a roundabout – if a local councillor has his way.

Sinn Féin Councillor Ronan McLaughlin shared his delight this week after the overgrown  roundabout at the junction of Monagh Bypass and Kennedy Way was finally cut back. Cllr McLaughlin who has been campaigning for a transformation of the roundabout was able to have the weeds on the roundabout cut at the weekend but says “the job isn’t complete” yet and hopes to have a “wildflower roundabout to follow in the coming months".

“What we’re trying to do is hopefully convert it into the first wildflower roundabout in Belfast. That would mean that it would require very little maintenance and that it wouldn’t cause an obstruction to drivers. You would be able to see clearly through the roundabout.

Delighted to announce I have been selected as one of six @SinnFeinIreland candidates for the Blackmountain electoral area in the upcoming council elections in Belfast.

We will now go forward for Ard Comhairle ratification. pic.twitter.com/1f5rDkQEZi

“The problem at the minute is that the roundabout has trees, bushes and grass which has naturally overgrown and it’s actually the Departments policy not to cut roundabouts. We had to make the argument to them that this is a safety concern for the simple reason that you can’t see the other side of the roundabout.

"This means that cars can’t see each other and might cause a collusion. We were able to argue that point across to them over a period of weeks and months.

“We have an ongoing conversation between a private company, the Department and Belfast City Council to see whether we can make this wildflower roundabout viable to be the first of its kind in Belfast. We would hope given the climate crisis that we are in, that legislation passed at the assembly in the last term that this would be step forward."

Cllr McLaughlin added that his plan would not “cost the tax payer anything".

“It’s a private company that’s going to put up the costs and maintenance over a series of years for this. It is in everyone’s interest to get this one across the line. The department is engaging more and we hope over the next couple of months to get that complete.”