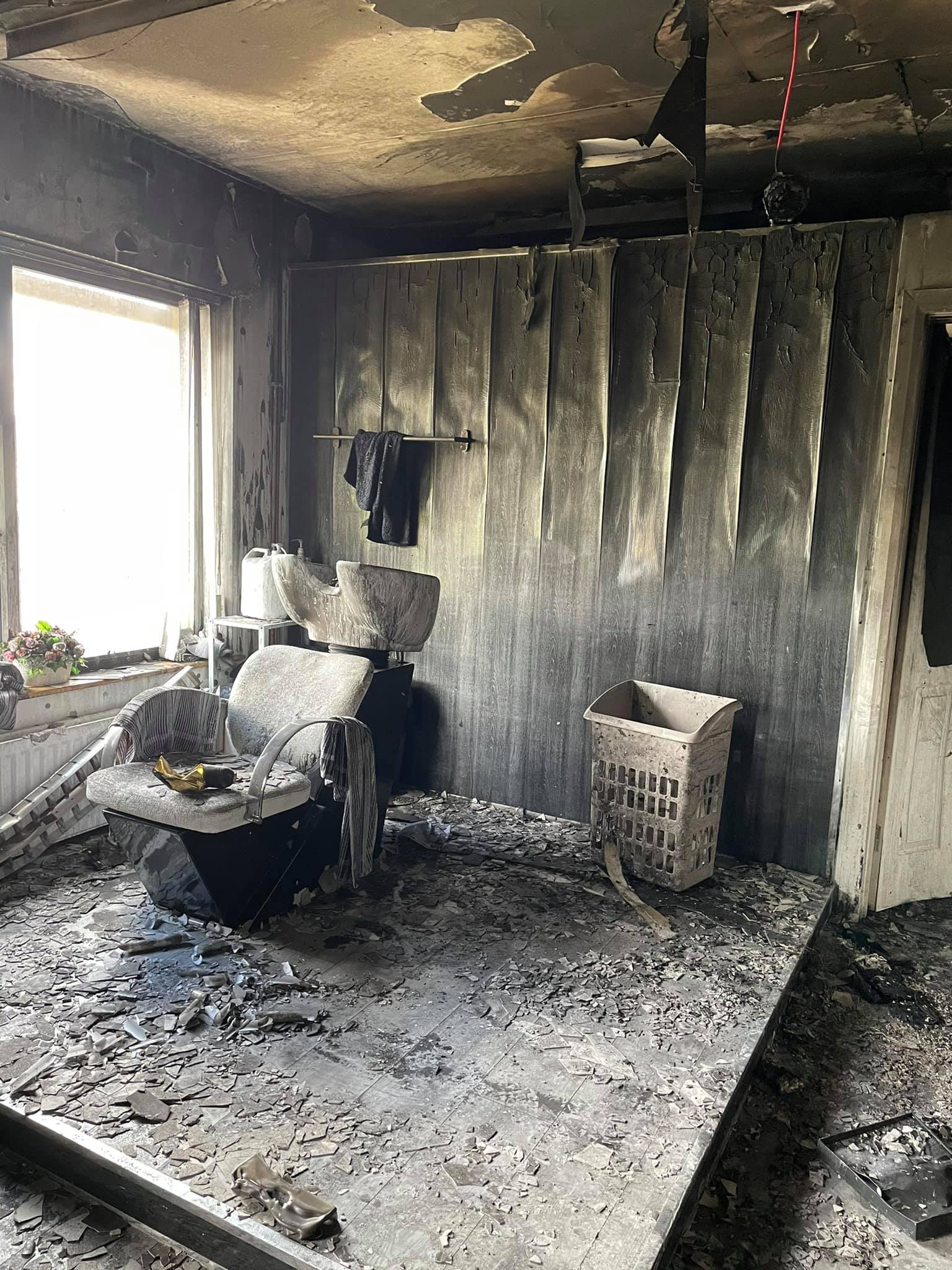 GUTTED: The extent of damage at Glamour Locks ‘n’ Lashes on the Suffolk Road

A WEST Belfast hairdresser has been left heartbroken after a fire gutted her premises just weeks after re-opening following the easing of lockdown restrictions.

Danielle Irvine, from Glamour Locks ‘n’ Lashes and Training Academy on the Suffolk Road has worked in the family-run business for the last four years.

Last Wednesday night, Danielle discovered the fire at the salon and, despite her best efforts, extensive damage was caused to the building.

Three fire appliances attended the incident with two from Springfield Fire Station and one from Whitla Fire Station to tackle the blaze.

With the salon only opened a matter of weeks following lockdown, Danielle has been left with no business following the fire.

“I started in there four years ago,” she told the Andersonstown News.

"I also run a training academy with courses for young girls as well. My heart is broke. I think I am still in shock."

And Danielle says five staff have also lost their employment.

“To say I am devastated is an understatement. I am so thankful everyone got out safe and no-one was hurt. I myself tried to run back in a couple of times to try my best and contain the fire but the smoke was too much. The entire place now needs gutted."

But Danielle, who is grateful to the community for rallying round since the blaze,  says she plans to dust herself down and get going again. “Anyone that knows me will know I am a fighter," she added. "I have worked so hard over the last four years building that wee salon up. The next couple of months are going to be hard to say the least but we will be back doing what we love as soon as it is safe. Sometimes you never know what is around the corner and think that would never happen to me.”

“The neighbours and people of the area are absolutely second to none,” she added.

“The wee pensioners were buying extra cloths and sprays to try and clean it before anyone knew the extent of the damage.

“We are forever grateful of the support from everyone, from your calls, texts, your kind donations to the hair and beauty industry those who are wanting to donate products and offering us a place to work from.

“Honestly, we can’t thank everyone enough. Every little helps and I will never be able to repay your kindness.

“This is our wee salon and I will keep all my customers updated on the progress of getting back up and running again.”

The Northern Ireland Fire and Rescue Service say they believe the fire was caused by ‘accidental ignition’.

A NIFRS spokesperson said: “Firefighters were called to a fire on the first floor of a two-storey multi-purpose building containing a shop and two flats.

“There were five people there at the time, and one of them was treated for smoke inhalation.

“The incident was under control by 7.43pm and the cause of the fire is believed to be accidental ignition.”