Have your say in Top 40 Under 40 People’s Choice 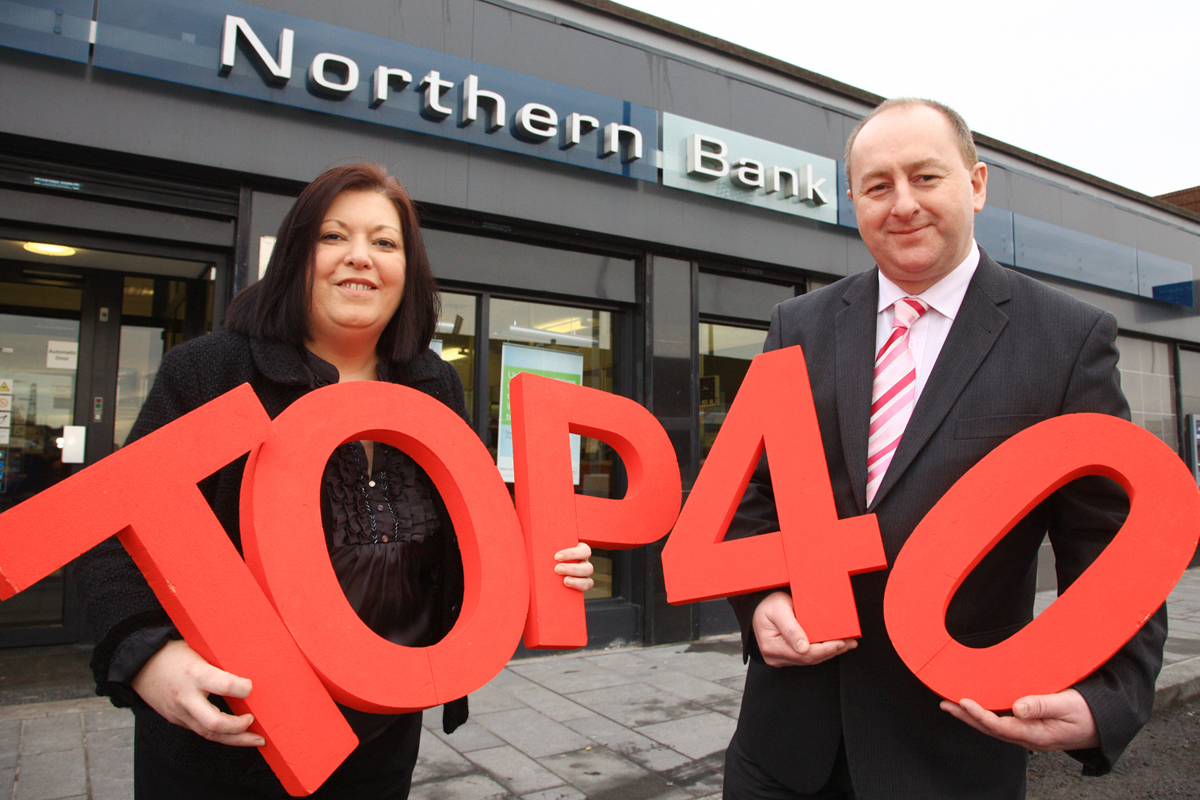 The best up-and-coming young guns in Belfast will be honoured next month when the Belfast Media Group once again holds its prestigious annual 40 Under 40 awards.

Taking place at Queen’s University on February 16, the fifth annual event will spotlight the young high achievers in a number of fields throughout the city, showcasing the newer heroes of a growing and evolving Belfast.

Fittingly addressed by the youngest minister in the Executive, Agriculture and Rural Development Minister Michelle O’Neill, it’s not too late to have your say in the glittering ceremony as well. The People’s Choice award rewards a nominee who garners the most public votes.

To register your support, simply log onto www.belfastmediagroup.com/40Under40 and choose one of the four contenders. Last year’s People’s Choice award received almost 10,000 votes via the site.

And just when you thought it couldn’t get any better, as an added incentive, everyone who votes will be entered into a draw for an iPod shuffle.

This year’s candidates cover a wide range of fields, from the arts to retail and industry to entrepreneurship.

The work of Carrie Davenport should be familiar to readers of Belfast Media Group titles. The photographer is well established in the local music scene as well, having worked for the likes of Kerrang! magazine and Hot Press. Also a talented commercial, fashion and wedding photographer, Carrie is a budding tutor for photography-based classes held by community groups and youth organisations. Last year she held her first solo exhibition at the Ulster Hall, featuring her coverage of international music stars that have visited Belfast.

Katrina Doran is editor of Sugahfix.com, the online guide for fashion conscious females. Well known in fashion circles for its advice and tips, the site receives more and more hits each year, both from devoted readers and new subscribers. The first website of its kind, Sugahfix.com is continually expanding.

Alison Sweeney of the Belfast Media Group said the 40 Under 40 awards were one of the most prestigious in the local calendar.

“We are excited to honour and illuminate the talent, business and social entrepreneurship this city possesses and there is no better way to do that than showcasing such individuals and moreover, young champions of the city via this year’s listings, including people such as Peter Finn of St Mary’s University College; David Ireland of the Lyric Theatre; Sean Toal from ORTUS; Linda Rodgers at Botanic Inns, Councillor Adam Newton and opera singer Marcella Walsh.”

This year’s 40 Under 40 is being supported by Belfast City Airport, the Kennedy Centre, NYSE, Northern Bank and the West Belfast Taxi Association.

Tickets for the event are priced at £28 + VAT and are available online by visiting www.belfastmediagroup.com/40under40.