HERRING-FRAMPTON: 'Semper Fi' ready for battle in bid to earn his stripes 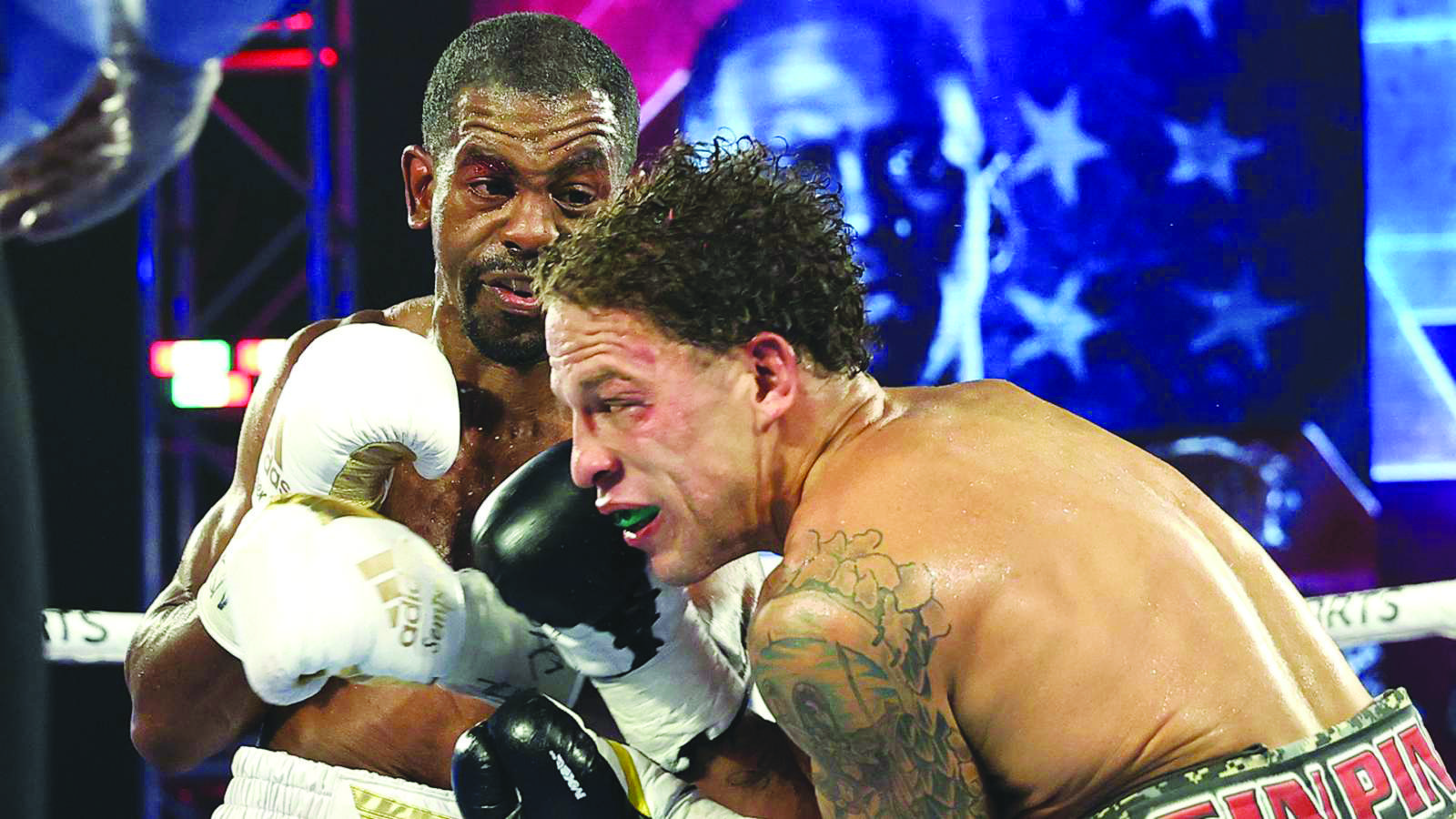 THE narrative surrounding Saturday’s WBO super-featherweight title clash may be whether Carl Frampton can create history by claiming a world title in a third weight division, but for defending champion Jamel Herring, there is his own legacy to secure.

It’s true, despite being the man with the title, Herring’s story has almost been overlooked in this extended, and extended again, build-up to a battle that has been 16 months in the making.

Injuries, cuts and the ongoing pandemic has played havoc with this fight that was originally due to take place in Belfast last summer before it was eventually scheduled for February 27 until a hand injury to Frampton forced another delay.

Herring has had to endure his own problems in that time with a bout of Covid-19 seeing a defence of his title against Jonathan Oquendo twice postponed until the New Yorker recovered from the virus, but with all obstacles finally cleared, he says he is ready to finally trade leather with a man who he holds in the highest esteem despite some back-and-forth between the pair on social media.

“I’ve been waiting long time and then I had to fight the pandemic myself, but I’m just glad it’s finally happening,” the 35-year-old told Belfast Media Group from his training camp in Colorado before departing for the United Arab Emirates.

“I’m a bit upset that it’s not happening in a big football stadium like we had planned in Belfast, but things happen and it’s out of our control. I was even hoping we could have a small crowd there but I guess that’s not part of the plans.

“I’m just grateful it’s happening and even after the little Twitter wars we’ve had, I still respect Carl and I’m still honoured to share the ring with a great guy.

“There’s really no bad blood, I’m a sportsman. He wants to create history, which I respect, but at the same time I really want the big name on my résumé. I’ve said it many times, but I’m still a huge fan of Carl Frampton. In 2016, Carl had one of the best years of his career and great fights against (Scott) Quigg and (Leo) Santa Cruz so I respect him.

“Me being a competitor, I just want to test my skills against the best available fighters out there.”

The native New Yorker built his career in the shadows, boxing on undercards and had moved to 15-0 when he suffered a first career loss to Denis Shafikov in July 2016, just weeks before Frampton was to win the featherweight title against Santa Cruz in Brooklyn.

A second defeat would follow to Ladarius Miller just over a year later as it appeared his career was fading away, but ‘Semper Fi’ has overcome greater adversity in life.

His third born child, Ariyanah, passed away in 2009 of Sudden Infant Death Syndrome, while serving two tours of duty in Iraq with the US Marine Corps left him with a mindset that getting into a ring and fighting is a form of therapy, so bouncing back from those defeats was never going to be a tall order.

He did so in fine style with a three-fight winning streak that earned him a crack at the title against Japan’s Masayuki Ito in May 2019.

The performance of his life saw Herring claim a unanimous points win and two defences later he is ready for what would be a career-defining win against Frampton who was the 2016 Ring Magazine Fighter of the Year.

“It would be the greatest accomplishment for me,” he said when pondering what victory on Saturday would represent.

“Throughout my life I’ve always been the underdog and when I fought for the world title against Masayuki Ito I was a huge underdog but made the fight look so easy.

“In this camp, my team and I have gone back to the basics that got us that victory so that’s why I’m so confident ahead of this fight. I don’t feel like I’ve any pressure on me because people have counted me out before but I still came out on top. I’m just happy to be able to do what I love, go out every day and grind.

“I know a victory here means bigger fights down the road and I’ve worked too hard to give up what I have now.”

Went to war overseas, lost a child, suffered from PTSD, clinical depression, and a parent of autistic children. A opponent across the ring is the least of my worries. Boxing is therapeutic.

Herring’s first defence came in early November 2019 against Lamont Roach, just weeks before he stepped into the ring in Las Vegas to greet Frampton after ‘The Jackal’ had taken care of business against Tyler McCreary.

The pair smiled for the cameras as a meeting between them looked all but a done deal and that proved to be true, but the intended trip to Belfast last June wasn’t possible due to the realities of the pandemic. Instead, Herring was matched with Oquendo, but his bout of Covid ensured that fight took place in September and not July as planned.

It was predicted this would be an easy night’s work and it seemed to be the case when a trademark left uppercut from the southpaw dropped the Puerto Rican in the third, but Oquendo retaliated with a succession of fouls, mainly with the head that turned this into an ugly affair.

A cut over the right eye from another intentional head-butt would eventually see Herring awarded a win by way of disqualification but he was far from happy with how the fight transpired, suggesting that he had one foot in retirement.

“I started camp in late April as I was meant to fight in July. At the end of a hard camp I had caught the Covid virus, so along with the tough training camp, it took a toll on my body. I thought that being a true world champion, I still had to commit to the fight.

“Even though I tested negative after, I was still fighting the effects of the virus so my body wasn’t feeling good.

“Even after that fight, I had made an obligation to fight Carl Frampton by any means, but then I was thinking it may have been my last fight. All I needed to do was to go home, rest more and just enjoy life with my family. Once I got the rest and had may family around me, it gave me a new lease of life and I feel rejuvenated now.”

Herring has posted regular photos and videos on social media in the build-up of his ripped physique so it is clear no stone has been left unturned ahead of this showdown.

He will hold significant advantages in terms of height and reach this weekend, which leaves him a favourite in many eyes, but then there have been suggestions he struggles to make the super-featherweight limit of 130lbs.

The defending champion counters that while making the weight is tough and he plans to move up regardless of the outcome this weekend, he has always done things right and will be strong in the ring once the first bell goes.

“I’ve never had an issue before as I’ve always had a nutritionist, so I’m not going to lie and say that I can do it by myself like the old-fashioned way,” he stressed.

“I don’t think the weight will be an issue but what I can say is that this will be my last fight at the super-featherweight limit.

“I know I will have the height and reach advantage over Frampton, but it all comes down how you train and how you live, then the skills will show themselves at the end. We’ve seen big men beaten before so I’m not just going to rely on physical attributes, I’m going to rely on skill and mental preparation.”

Overcoming the odds has been part of Jamel Herring’s story in life and in boxing where he has earned his stripes the hard way. This is another challenge and opportunity to gain respect and with it, the rewards a defining victory will bring. He is ready to come out fighting.