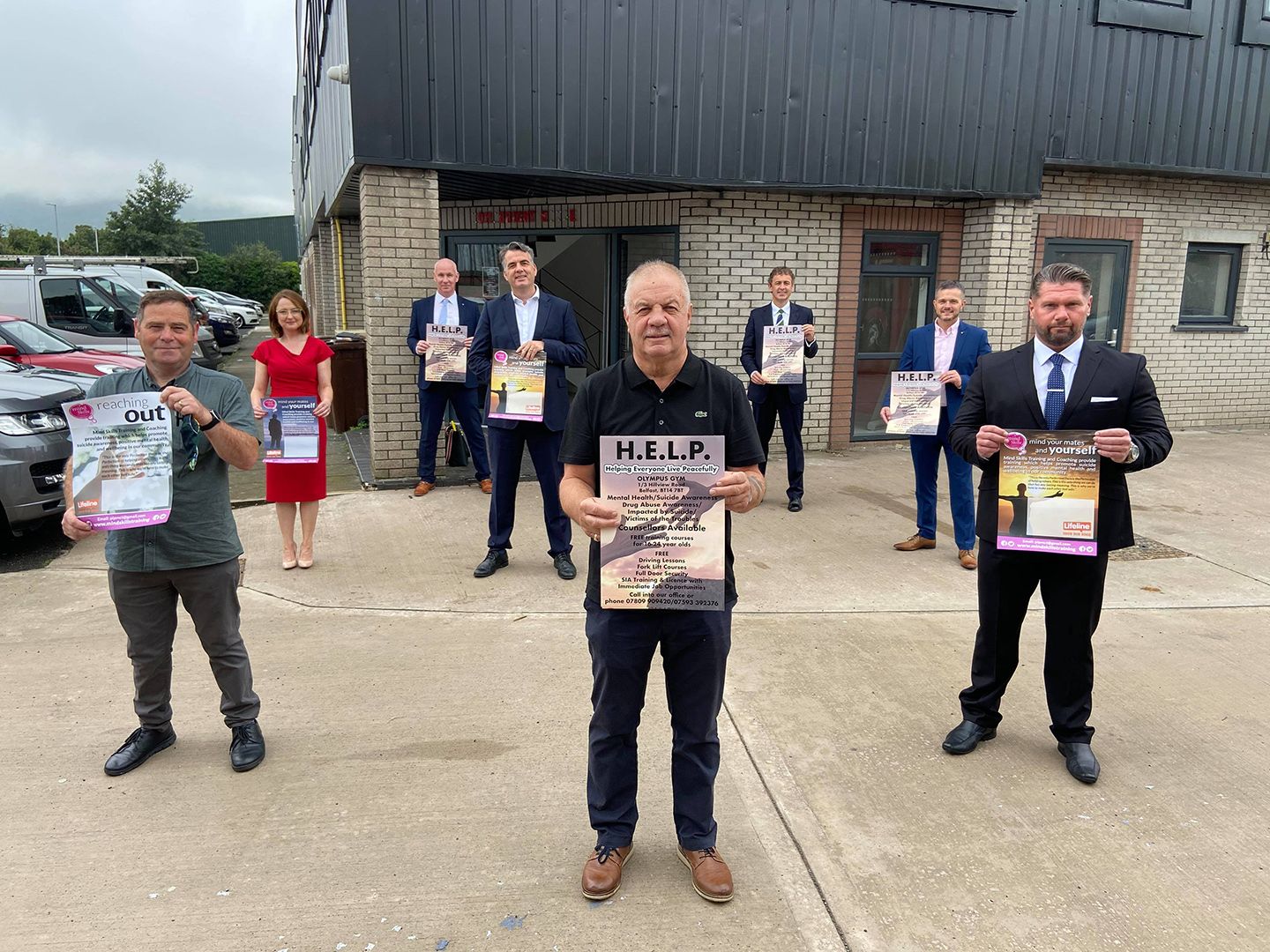 MENTAL HEALTH DISCUSSION: Organisers and guest speakers before the event

A POSITIVE discussion on mental health featuring speakers from both sides of the border has been praised for its immediate impact.

The event was organised by well-known victims campaigner Raymond McCord, Michael Opie of Olympus Gym and Philip McTaggart from Mind Skillz Training and was the first major event held at the facility at the corner of Hillview Road and Oldpark Road which was opened in February.

Thanks to a kind cash donation from Jim Cosgrove, Stoneworks Gym in Antrim, the money will be used for suicide and mental health training with Philip McTaggart, in the next stepping stone for the initiative.

Raymond McCord explained: “As a result of the event, we now have some funding to provide suicide and mental health training for people. We receive no funding at all from anyone.

“We are also going to open the building to facilitate a self-help group for people to come in and talk amongst each other. This was on the back of two speakers at the event sharing their own brave stories.

“This event was a great success. It was cross-community before and now it is cross-border.”

Michael Opie said: “It was a day of very mixed emotions listening to some of the stories of families who have lost loved ones.

“And people who made many attempts to leave this world but thankfully they are still here to share their story.

“We also had some people who have fought back to beat alcohol and drugs dependency tell their story as well – very humbling to say the least.

“This was an all island debate on mental health and the contributing factors and how we can face it together.”

Glengormley Sinn Féin councillor Taylor McGrann, who attended the event praised the organisers for their efforts.

“The work that they have provided to the North Belfast community with very little support from statutory bodies is absolutely phenomenal and without people like them our communities would have nothing.

“It’s now time for those at the top to listen to people like us at the bottom who live and experience the mental health epidemic going on every day.

“Whether we suffer ourselves or not everyone knows someone with a mental health problem. Prevention is always better than a cure.”

If any individual or local businesss is interested in providing donations or funding, contact Raymond McCord on 07809909420.