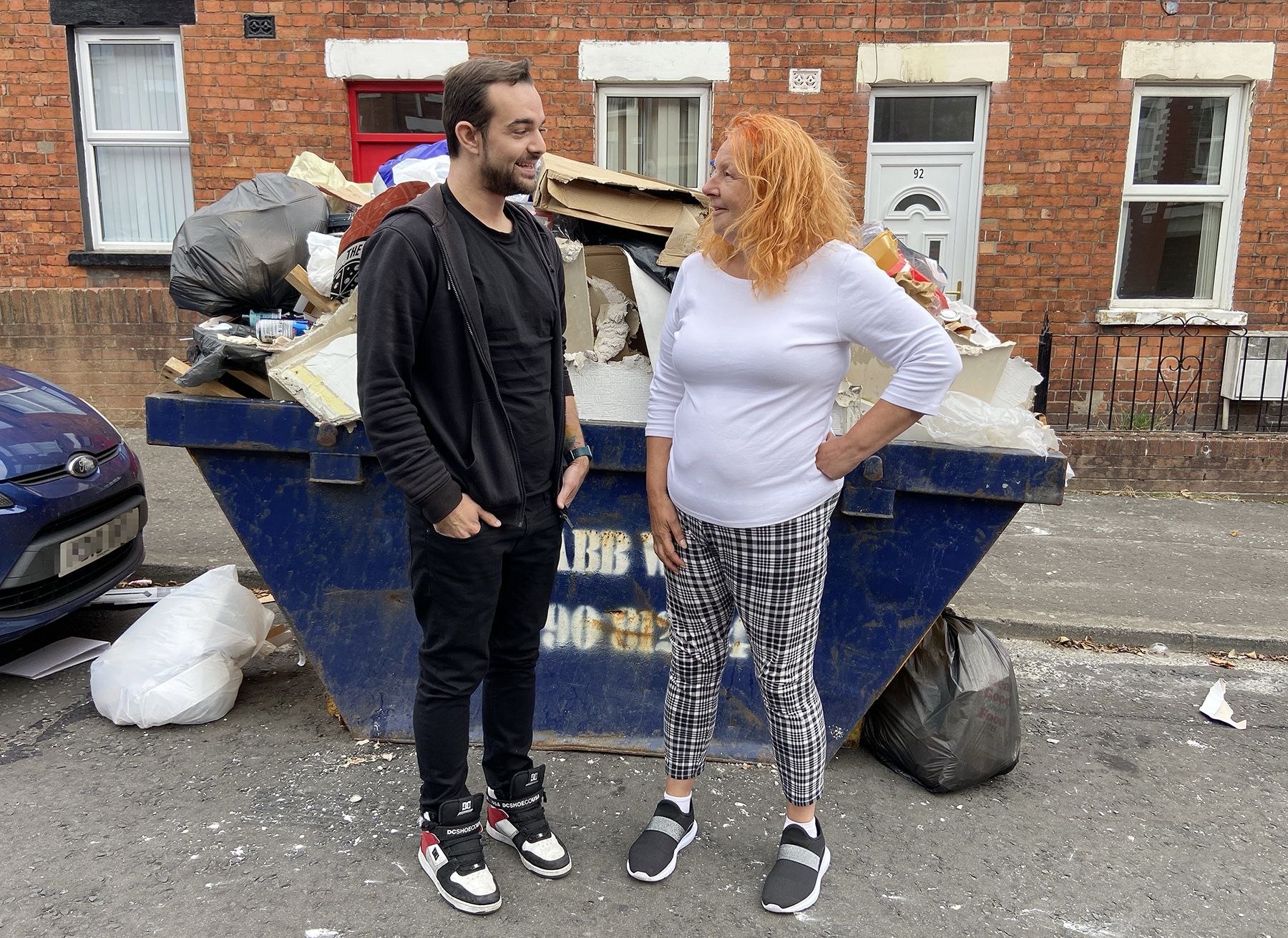 SOUTH Belfast Alliance representatives have condemned the latest outburst of anti-social behaviour in the Holyland area.

Numerous complaints have been made by residents as students and young people return to the area for the new academic year, including acts of vandalism and criminal damage.

Speaking to the South Belfast News, local resident Caitriona Goldhammer said that it's disappointing seeing the positive work put in by residents over the summer set back.

"We have done all this work over the summer to build places for the kids to come and watch things grow," said Caitriona. "We had 17 kids helping to grow plants and such facing the embankment and now we have illegally parked cars blocking access to them and forcing kids to play in the road.

"Over the last few nights it has been horrific. Fireworks have been going off at all hours and we had a little four-year-old asylum seeker who had a firework thrown at her. What sort of people do that.

"The child had been settled here and this should be her home and now she has been re-traumatised.

"The mental health of residents suffers greatly at this time as we go to bed not knowing what time we are going to be woken up. The police are telling us to call them but when you are awoken at 3am you just want it to stop and go away."

Popped down to the Holyland area to check in with some residents and within 5 minutes witnessed 3 young fellas breaking, what I’m assuming is their own, window

Also spoke to a resident who’s family member had to leave and go stay with family at 2am this morning due to noise.

Caitriona praised what she described as a more high presence of police this year but said the day of the queen's funeral was difficult for residents as the Council noise team were off and people descended on the area from across Belfast.

"It is not just the students who live here causing the issues," she continued.

"We have people coming into the area, be that their mates, sixth-form students and people who are coming from across the city looking to party and it's just not fair on the residents who live here.

"Why should a whole area have to be turned over to the students' desires? They should be becoming part of this community and we shouldn't have to bend to their wishes all of the time."

Councillor Micky Murray said: “Local residents have been working incredibly hard over the past number of years to revitalise and regenerate the Holyland, yet these efforts have been met with senseless vandalism.

“Trees planted in Carmel Street have been torn out of their pots and residents were forced to leave their homes at 2am on Monday morning due to the noise," said the Alliance rep.

"There's also a more sinister level of anti-social behaviour which has risen over the past week, with elderly and unwell residents targeted and windows broken."

Cllr Murray said that while the Holyland is a residential area with a substantial settled community, come September anxiety levels rise and residents no longer feel safe in their homes.

"We know that it's not just students partaking in this behaviour, but the reputation of the Holyland and the influx of students attract much of the anti-social behaviour that plagues this area year on year. Residents, whether they be short-term residents or long-term residents, should be able to live in peace and enjoy their community.

“Local landlords would tell you that there is a need for more houses of multiple occupancy in this already over-provisioned area, but there is absolutely no reason why so many people need to live in such a densely populated area.”

Week one & the trees planted by locals in Carmel St have been destroyed over night.

This senseless destruction of property is shameful.

Residents here put so much work into trying to regenerate this area, it’s disappointing to see this happen one week into the academic year. https://t.co/H5Sx5F0oIA

South Belfast Alliance Party MLA Paula Bradshaw added: "Predictably, with Freshers' Week and the new academic year we are seeing the return of highly disruptive behaviour in the Holyland area.

"We all understand that students and young people want to enjoy themselves, but the level of anti-social behaviour is becoming increasing lawless, intimidating and criminal.

“Every year it is the same complete lack of respect and the same lack of political will to tackle the problem.

"The establishment of the Strategic Partnership Group last year was meant to be a step forward but, regrettably, we are yet to see any concrete outcomes. For the local residents, who spend so much time and effort improving their community, it is incredibly depressing."

Ms Bradshaw added: "We need an Assembly to break this cycle by introducing legislation to make landlords and statutory bodies more accountable for anti-social behaviour in houses of multiple occupancy. We cannot continue to allow these outrageous antics to escalate at the expense of the local community or allow people to act with impunity."