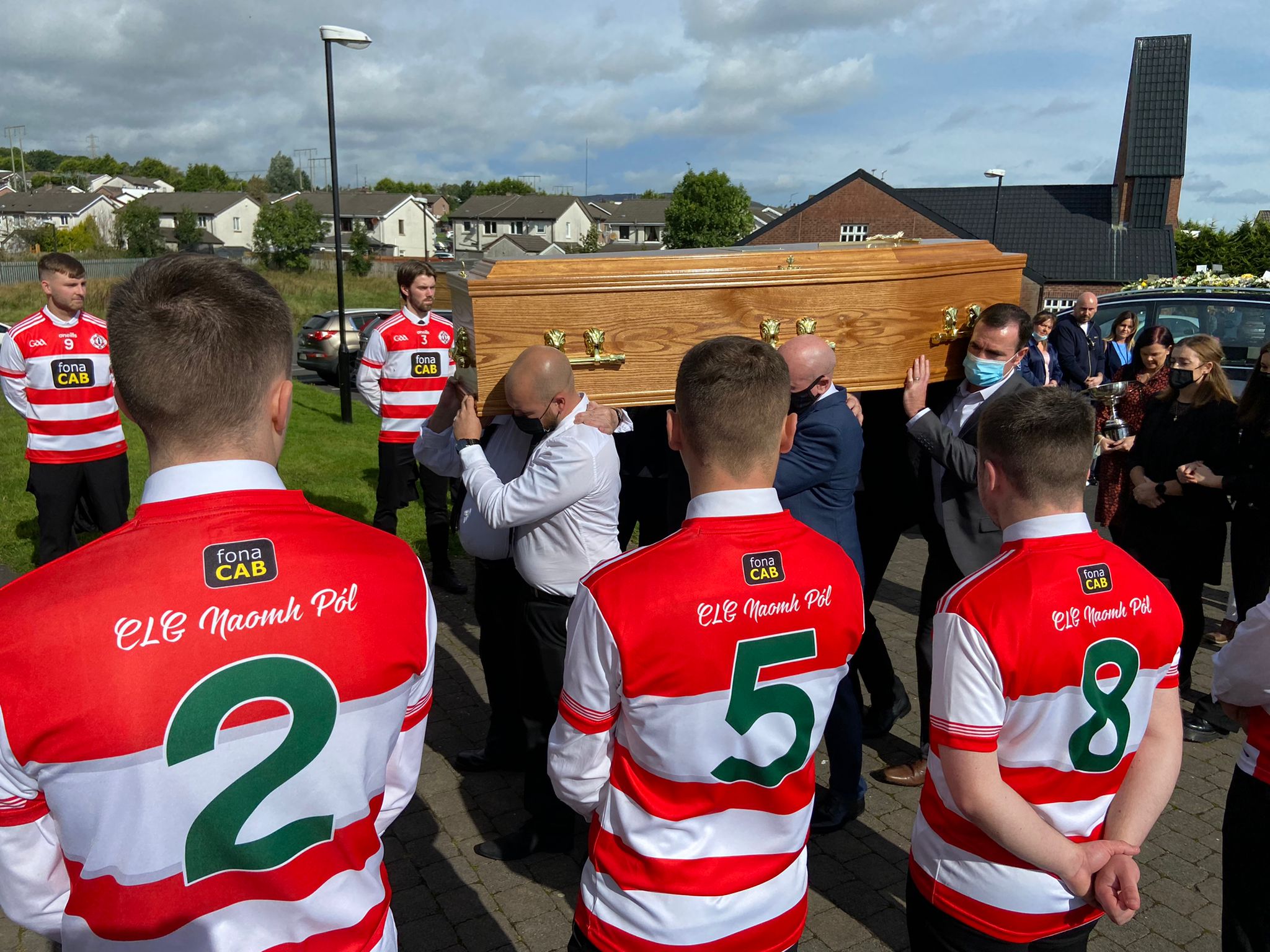 THE GAA community has come together to say a final farewell to Anto Finnegan.

The former Antrim football captain, who was diagnosed with Motor Neurone Disease in 2012, passed away on Saturday. His Requiem Mass took place at Christ the Redeemer Parish Church in Lagmore on Wednesday.

The funeral saw dignitaries from across the country arrive in West Belfast, including GAA President Larry McCarthy.

A host of Gaelic Athletic Clubs from Belfast and beyond also came to pay their respects.

Crowds thronged the pavements in Lagmore as Anto’s coffin, draped in a St Paul’s GAC jersey, made its way to the church, while a guard of honour was provided by his clubmates.

In his homily, Father Brian McCann noted the “warm and complimentary adulations” of Mr Finnegan in the media and elsewhere.

He spoke of his commitment and love for his wife Alison, and his children Conall and daughter Ava.

Fr McCann described Anto as a “man of faith”, which informed his “hope-filled” attitude throughout his life, and “particularly in the last nine years” of his illness.

“He was positive, and that obviously informed how he approached his life as a family man,” he said.

“That perseverance was lived out on the pitch, in the dressing room with his teammates, and his attitude to others,” he said.

“That love compelled him in times of adversity to reach out to others, particularly those who were also weighed down by Motor Neuron Disease, setting up the deterMND foundation, which was established to raise funds for research into that disease.”

Fr McCann spoke of Anto Finnegan’s achievements on the football pitch, and described him as an “ambassador” for both his county and many young Gaels.

He concluded his homily, by quoting a newspaper interview that Anto Finnegan gave following his diagnosis.

“Every day is a blessing,” he said. “Enjoy life. If you can do something to help someone else then roll up your sleeves and do it.” 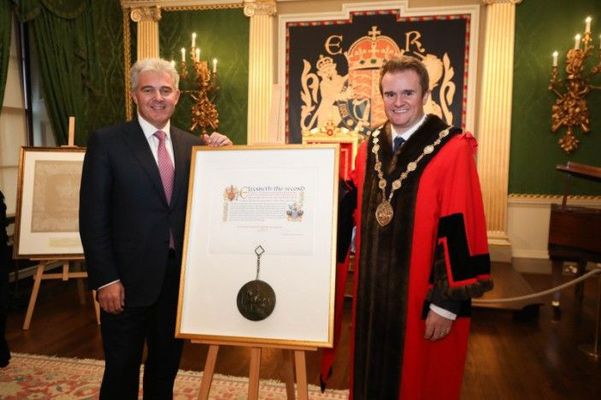 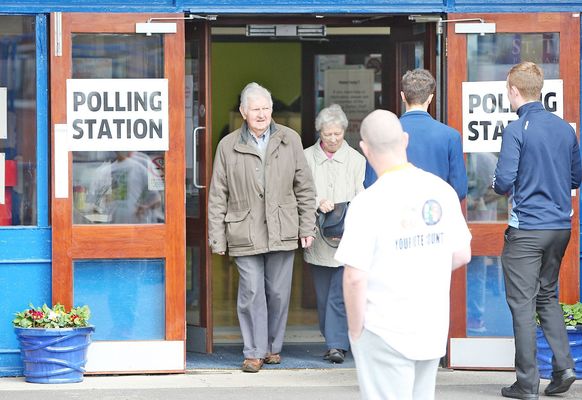 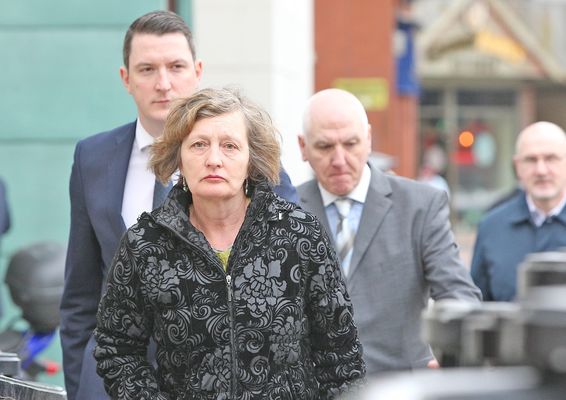