'I will carry bond with Belfast with me into US Cabinet': Mayor Marty Walsh 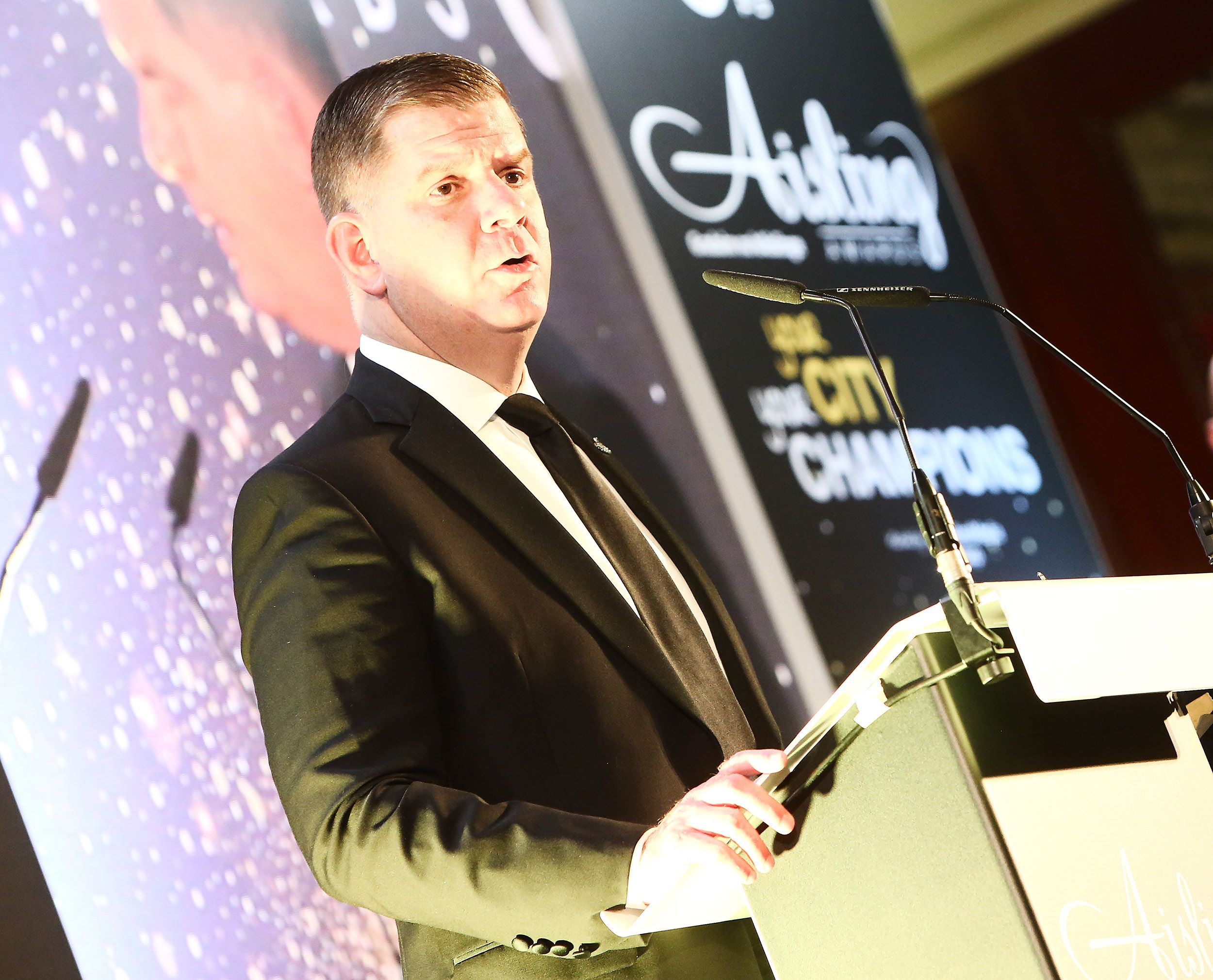 I HAVE A DREAM: Marty Walsh, son of Irish immigrants, has been catapulted into the new Cabinet of President Elect Joe Biden as Secretary of Labour

Trailblazing Boston Mayor Marty Walsh, who forged the Sister City agreement with Belfast in 2014, has been tapped by US President-Elect Joe Biden to serve as his Labour Secretary.

And this morning Mayor Walsh affirmed to belfastmedia.com his enduring commitment to Belfast. "I will carry that unbreakable bond with Belfast into my new role as Secretary of Labour in the Cabinet of President Joe Biden," he said.

A son of Conamara immigrants, Mayor Walsh is a former trade union leader in Boston who came up by his bootstraps. In recovery for three decades, he has been hailed for his work to make Boston a city for all. During the annual census of the homeless, he instructs staff to treat every homeless person with dignity, saying, "that person could be the next mayor of Boston".

As a Massachusetts State House representative, Mayor Walsh was a fervent supporter of the peace process as he made clear when he visited Stormont in 2010 — with Representative Gene O'Flaherty who also moved from State politics in 2014 to serve as his chief counsel in Boston City Hall — to address the Belfast Top 50 Business Awards.

They will help us emerge from the most inequitable economic crisis in modern history by building an economy where every American is in on the deal. https://t.co/iorqb5Dxpj

He returned to Ireland many times in the decade since, invariably visiting Irish cities clockwise from his family base in Conamara, meeting officials in Letterkenny and Derry before travelling to Belfast and then, finally, Dublin.

In 2014, he signed the Boston Sister City Agreement with Belfast, ushering in a new era of cooperation between the capital of Irish America and Béal Feirste. That transatlantic alliance sparked the Friendship Four ice hockey tournament which since 2015 has been bringing US college teams to Belfast. While the 2020 tournament was put on ice due to Covid-19, Mayor Walsh travelled to Belfast in November 2019 to drop the puck at the opening game and to address the Aisling Awards. He told a full house at the Aisling gala: "I’m here in Belfast to strengthen the values we share and to learn from some of the world’s leading experts at building community. And I pledge to you, as your partner, that whatever happens, I have your back and Boston has your back. We won’t stand by if the peace and the progress you have worked so hard for are threatened.”

Robert Fitzpatrick, CEO of the SEE Arena, who worked closely with Mayor Walsh to bring the Friendship Four to Belfast, says the appointment "is tremendous news for Belfast". "Without Marty, we would not have achieved one hundredth of what we have managed to achieve in terms of our relationships with US college ice hockey teams," he said. "In 2015, he turned over his official residence, which he uses only for formal occasions, to me and the Belfast Giants representatives and told the sports directors at Boston's most prestigious colleges that they had to come in to meet us to hear our plans. That was the pivotal intervention and we haven't looked back since."

As Labour Secretary in the new Biden Administration, Marty Walsh will focus on tackling inequalities in America by working to provide well-paid, unionised and sustainable jobs to a greater section of the population. In a Tweet on Thursday evening, shortly after the Cabinet appointment was confirmed, he said: "Working people, labor unions and those fighting every day for their shot at the middle class are the backbone of our economy and of this country."

Working people, labor unions, and those fighting every day for their shot at the middle class are the backbone of our economy and of this country. As Secretary of Labor, I’ll work just as hard for you as you do for your families and livelihoods. You have my word.

Once approved by the US Senate — a formality now that the Senate is controlled by the Democrats — Mayor Walsh will step down from the mayorship in Boston and hand over the baton to City Council President Kim Janey who will become the city's first African-American first citizen.