If it ain’t Moke, don’t fix it 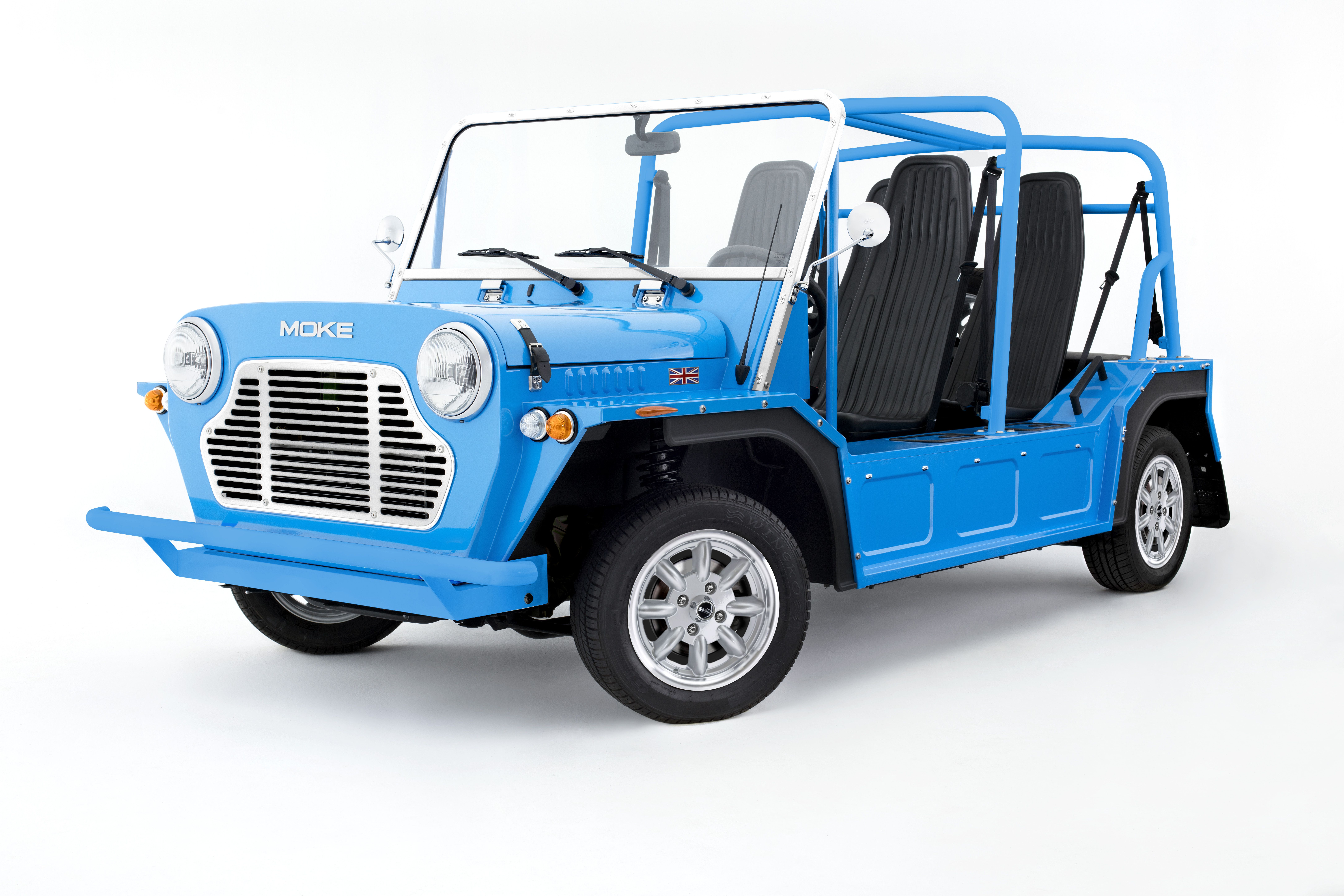 ICON: The Moke was part of ‘Mini Mania’

56 YEARS after it was first introduced the ‘Mini’ Moke is back in production.

Paul Hendy chief executive of the Hendy Group, main dealers for the car, said he was delighted to be involved with the little vehicle. The Mini Moke was built between 1964 and 1993, firstly in England until production moved to Australia, then Portugal and finally Italy, where the last of the near fifty thousand cars was made. Contrary to common belief the Moke was never available in kit form, always being factory produced and fully assembled.

It is great news for car enthusiasts that this amazing beach buggy-styl car is back on the market. The components for the new car will be produced in the UK before being shipped to France for assembly, adding another European dimension to the car’s DNA. The first of the new model cars are expected to be delivered at the end of the year as part of a limited edition release.

“Ever since Moke announced plans to relaunch, the interest has understandably been high and we’re looking forward to helping people live the dream with the car,” said Paul Hendy.
Hendy’s Sports Car division in Poole, England, will be the showroom for the Moke 56 special edition and the car is now available for ordering.

The Moke shares much of its chassis design with the original Austin Mini-based vehicles, but with uprated suspension, a new 1100cc four-cylinder engine, improved brakes and the choice of manual or automatic gearboxes. At a basic price of around £20,000 it is not cheap but the Moke had a cult following in the 60s and perhaps it will do the same in this decade and beyond.

The new design is larger than the original car and available in a choice of 14 colours, together with chrome detailing and a numbered plaque to identify its limited edition pedigree.

This funky little car was once the choice of film and rock stars as well as hippies, pictured in places like California and Australia. It was part of ‘Mini Mania’ when people just loved the original little car, which like the Moke, was designed by Alec Issigonis.

My own first car was a mini and I went on to not only own many minis but to race them as well.

Renault delivers a charge of pleasure


RECENTLY I collected a Renault Zoe 135 Electric Car from Bells Renault dealership in Crossgar for a road test.

My first impression of the car was just how smooth and quickly the car reacted to the slightest touch of the accelerator, and with only one forward gear to choose it was simple to drive. It took a little while to get used to the regenerative braking system, which converts the action of braking into a charge to the battery, but after a few minutes it felt fine.

The power was good, it gripped the road well and the steering was light and precise with little or no body roll even though the little car is quite tall. More than 200 miles in summer and more than 150 in winter from an overnight charge make it a class leader in distance.
The ride was comfortable and surprisingly quiet, even though the weather was awful. The roads were wet and full of puddles and the wind howled but inside everything was calm.
I’m tall but found it easy to get the driver’s seat just right and still leave legroom behind. The forward view was good,  though rearward the pillars block the view a bit, but the parking sensors and reversing camera featured in the car meant that wasn’t an issue.

The interior was plush, stylish and very well finished. The car has a 9.3 inch portrait-orientated screen with a row of shortcut icons that helped simplify operations. The air conditioning controls were simple to understand and I mastered them within minutes, a combination of buttons and dials meant a simple twist or turn was enough to demist or adjust temperature. The digital dash did all it needed to do and in style, light years ahead of some of its rivals.

All Zoes have five doors, making access to the rear fairly easy. Taller people might struggle a bit in the back for headroom, but remember this is a Supermini not a large saloon. The boot is big for the class and has a handy deep well that converts into a funky little storage cubby and it has 60/40 split folding rear seats.

I found the Zoe a pleasure to drive and it impressed in just about every area of the driving experience. It is well priced and well supported by manufacturer warranties which are crucial if you are thinking of investing in the emerging electric car sector. The car compares well against its rivals in the Supermini class – both electric and conventionally powered.
Thanks to Eamon Bell, Sales manager at Bells Renault in Crossgar, for providing the car for the road test.