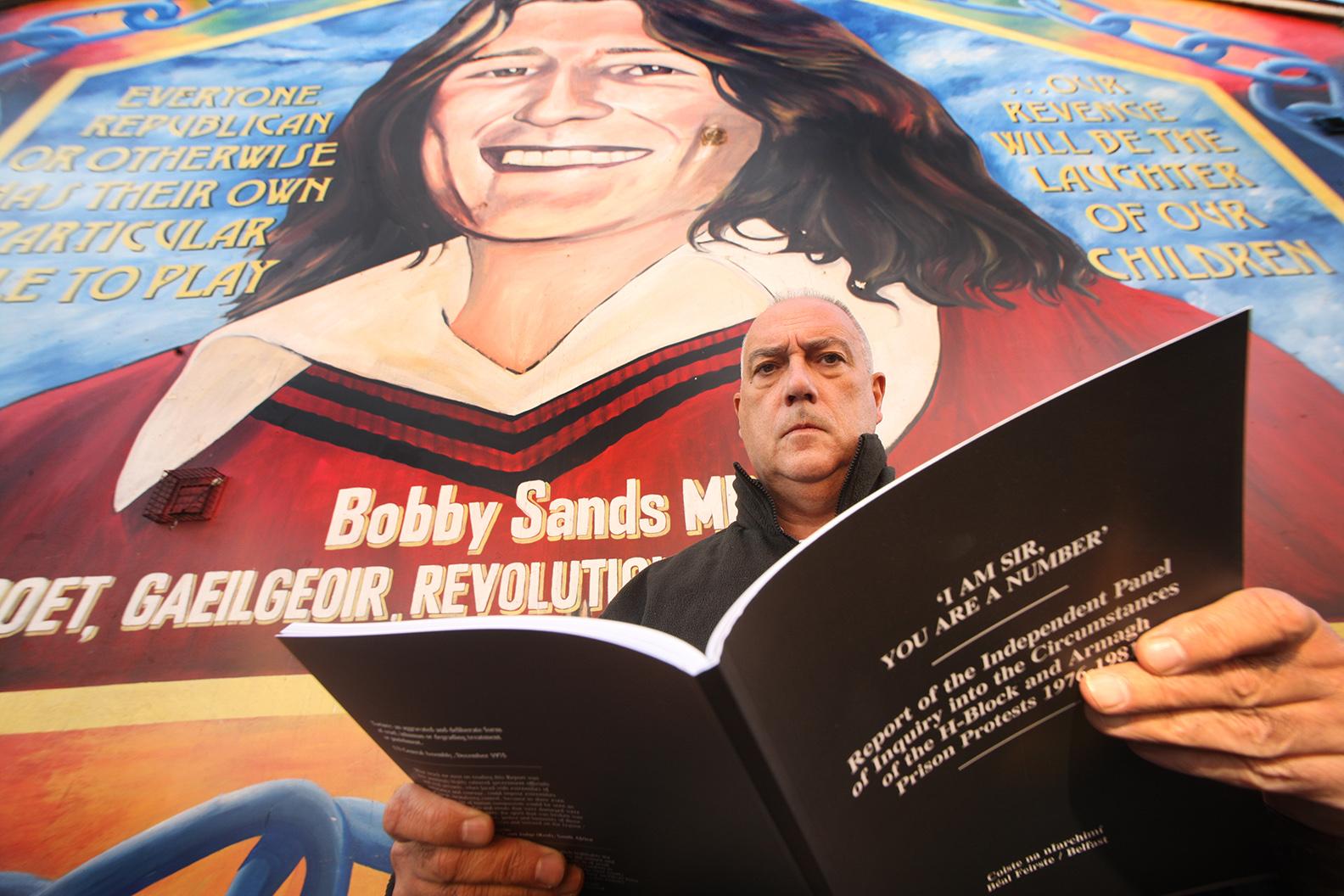 A ground-breaking independent inquiry report into the systematic abuse and torture of prisoners in the H-Blocks and Armagh Women’s Jail is to be released today (Thursday).

Commissioned by prisoners’ advocacy group, Coiste na n-Iarchimí, the ‘I am Sir, you are a number’ report lays bare the treatment of POWs during the republican prison protests between 1976 and 1981.

The inquiry was headed by the late Warren Allmand, former Canadian Solicitor General, but was delayed when, in December 2016, he passed away from a brain tumour.
His place on the panel was later filled by Phil Scraton QC, who sat alongside Richard Harvey QC and Doctor John Burton.

The findings, which will be revealed following an online panel discussion hostel by Féile this evening (Thursday), focus on a number of key areas including physical and mental abuse, withheld medical care, assaults, and the use of toxic chemicals.

Former POW Séanna Walsh, who helped launch the inquiry during his time at Coiste na n-iarchimí, said: “At the time I was working with Coiste na n-Iarchimí and it became apparent to me that there were men and women who were still enduring the impact of that whole period.

“They were still suffering and there were a number of them, as far as I was concerned, who were dying prematurely.

“Since the collection of the prisoners’ statements in 2015 five people who contributed have now passed.

“We decided that it was very important to capture the story.”

In appointing an independent panel of legal and medical experts, Séanna said the inquiry had been put “beyond a place where people could talk about it as propaganda.”

As well as an array of shocking findings relating to the conditions in the prisons, the report includes evidence, that the systematic abuse of POWs was sanctioned at the highest level.

It includes a document, written by Director of Prisons for Operations, W. I. Davies, headed: ‘Contingency Plans to Accommodate Changes in the Prison Population and to Deal with the Prisoner Reaction to these Changes and Subsequent Re-locations’.

“These problems will have to be solved by the prison staff by resolute adherence to the standing orders and agreed policies.”

In the document, Davies talked of anticipated “hunger and thirst strikes”, but added: “It should be made known ... that the Administration will withstand this pressure even after the death/s of prisoners.”

In addition to its substantial report, the inquiry also filmed interviews with some 40 prisoners whose experiences are told in heart-wrenching detail.

Mr Walsh said those behind the report plan to publish the videos at a later date.

“That whole process was fairly traumatic, but it’s all there, it’s all recorded, and we hope to utilise that particular part of the inquiry at some stage in the future,” he said.

“If we can find the proper platform on which to put these filmed interviews out there then we will do that to make it available to the public.

If we can find the proper platform on which to put these filmed interviews out there then we will do that to make it available to the public.

“Seeing the report in writing is very, very powerful, but when you see these men and women relating it to camera it’s even more shocking.”

Given the findings, Mr Walsh said that while the main focus of the inquiry participants was to “get the truth out”, he said some “now believe that somebody has to be held accountable for what happened.

“We’ll see where it goes, but at this stage our priority is to get the story out there and spread the story far and wide,” he added.

“I have no doubt that some people will be traumatised by it, but I think that it helps vindicate their stance.

“I can’t find the right words to describe the whole criminalisation policy and the thinking behind it, but it shows how malevolent it was and how vicious the implementation of it was.

“Hopefully this can help vindicate some of the ex-prisoners and can bring some sense of recognition of what people endured.”

The virtual launch of ‘I am Sir, You are number’ will be held on the Féile an Phobail Facebook, Twitter and YouTube accounts at 7.30pm today.

The discussion will be chaired by Joe Austin, and will include contributions from Phil Scraton QC, human rights solicitor Pádraig Ó Muirigh, and former POWs Síle Darragh and Séanna Walsh.