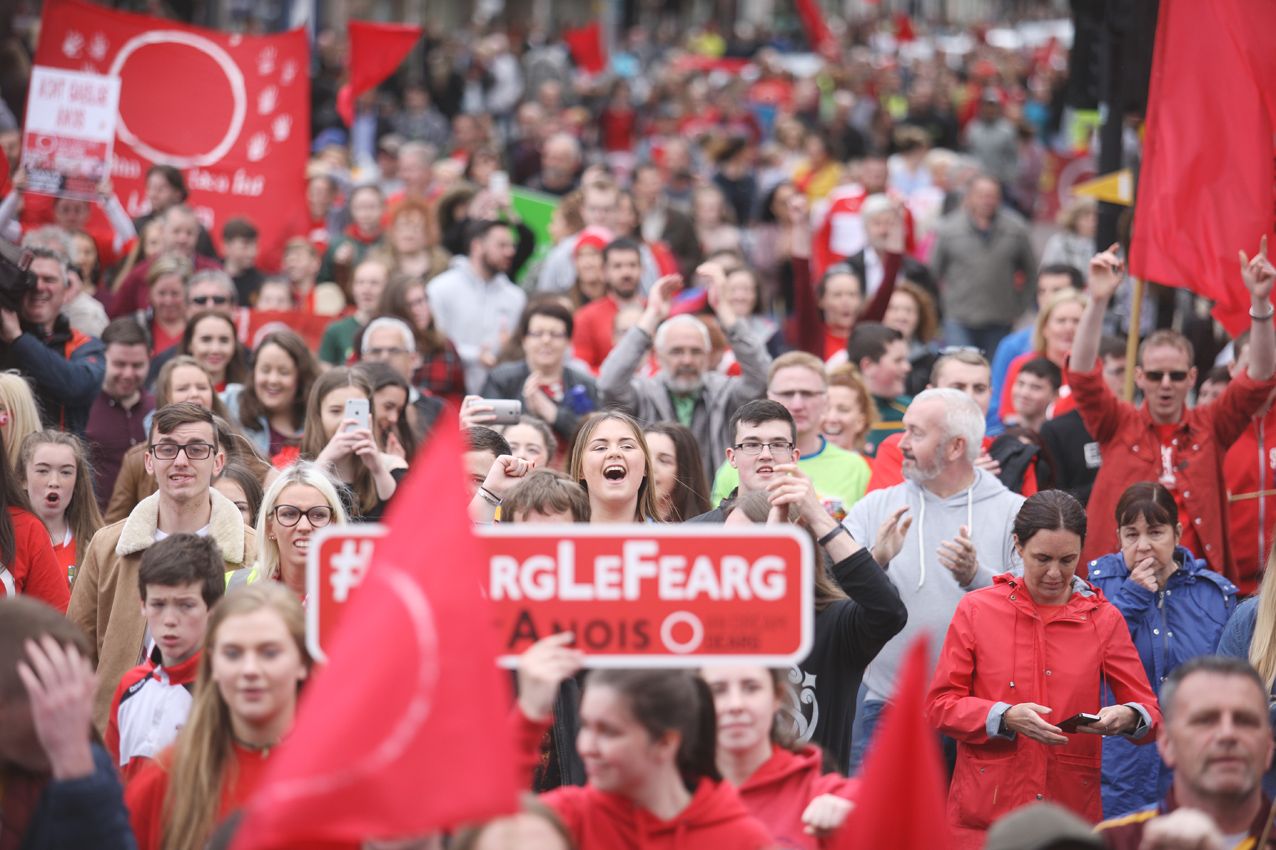 CONRADH na Gaeilge has called on the British Government to "immediately fulfil" its latest commitment to bring Irish language legislation through Westminster by the end of March.

The Irish Language advocacy group was one of a number of organisations briefed last week by the Northern Ireland Office (NIO) on British Government pledges to bring forward legislation before the current Stormont Executive mandate ends.

Conchúr Ó Muadaigh, Advocacy Manager with Conradh na Gaeilge, said the British Government must provide a "concrete timeline" for the implementation of measures contained in the proposed legislation.

"The failure by the British Government in recent days to provide any concrete timeline or fixed dates on the implementation of Irish language legislation is consistent with the British government's failure over many weeks to provide any certainty or clarity on its June 2021 commitment, and their failure over many years to adequately legislate for the Irish language here in line with international agreements and binding obligations," he said.

"All deadlines to date have passed yet still we wait. We do not need any additional formal commitments from the British Government, we need action.

"The British Government must immediately fulfil their June 2021 promise to bring this legislation through Westminster before the Executive mandate ends in March, honouring its commitment and ensuring enough time for the appointment of an Irish language commissioner. There is little point in this legislation if the appointment of a commissioner and the core functions of that office is to be left in limbo for another undefined time, robbing it of any practical effect.

"As two years from the signing of New Decade New Approach has comes to pass, this issue remains an urgent litmus test for the British Government and our political institutions. The Irish language and its community of speakers must finally be recognised as a legitimate and valued member of this society. After decades of broken promises, false dawns and systematic failure, that recognition must finally be enshrined in law.”

The NIO briefing setting out its March deadline comes just three months after the British government sent a letter to parties announcing its intention to introduce Irish language legislation and inviting them to a technical briefing on the proposals.