James Tennyson stunned as he is out-gunned by Jovanni Straffon 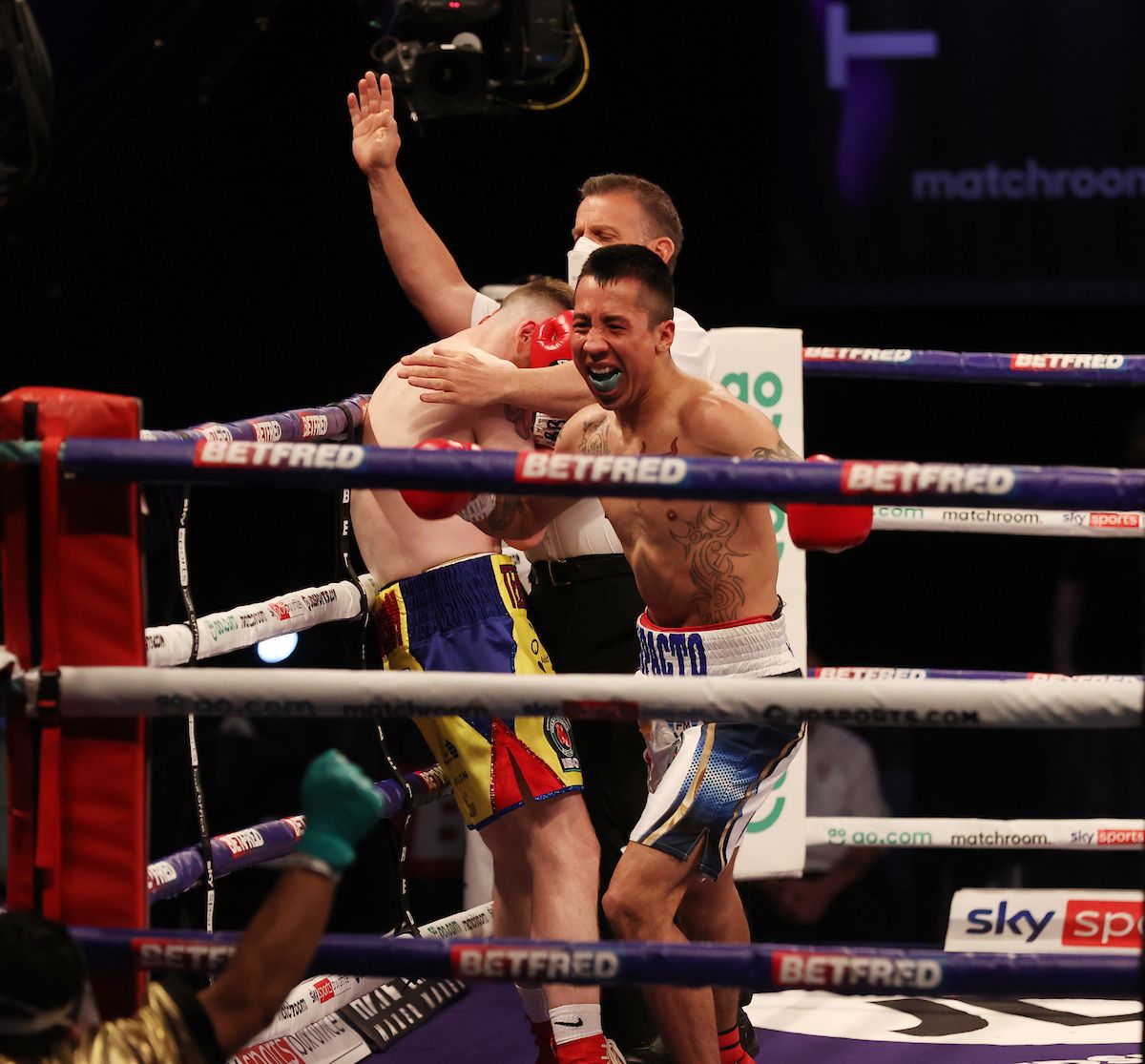 JAMES Tennyson's hopes of rising to the top of the lightweight division were dealt a hammer blow at the Manchester Arena yesterday evening as Jovanni Straffon scored a stunning first-round victory.

'Impacto' came into this fight as something of an unknown quantity and despite sporting a decent record of 23-3-1 with 16 knockout victories, he was supposed to be out-gunned by the big-punching Belfast man.

That did not transpire as this battle of 27-year-olds for the vacant IBO lightweight belt went the way of Straffon who took the fight at two weeks' notice.

Heading into this battle, Tennyson had been on an impressive run of six stoppage wins in as many contests since moving up to the 135lb division and had high hopes of impressing once again to put his name in the mix for a crack at one of the division's 'Four Kings'.

He will need to reassess those plans and another rebuilding job will be required as Straffon stood up to his power and came back with better to take a win that now propels his own career forward.

"I have been through a lot in life and he is not tougher than my life," Straffon said after.

"This is for not just me, but my daughters and my wife. I was more than confident that I would do what I just did. He may have had plans, but then he faced me."

There was no settling-in period to this fight as from the opening bell, Tennyson landed a right to the jaw that jolted Straffon's head back, but the southpaw from Mexico City responded and was happy to go toe-to-toe as both men threw with venom.

He appeared to be hurting Tennyson with his own heavy fire as both stood and traded and there were immediate signs that he was making a dent in the Belfast man as any sense of tactics went out the window for both who appeared to be looking for a knockout with every punch.

A short jolting shot appeared to stiffen Tennyson's legs who continued to press forward and let his hands go, attempting to land a signature uppercut and a shot to the body seemed to give Straffon something to think about.

However, this shootout would swing decisively for the visitor as a short right hook followed by a big left through the middle was what did the damage as Tennyson staggered back and fell to the canvas.

It appeared he was not going to beat the count, but somehow managed to rise at nine and was allowed to continue.

Straffon sensed blood and went for the finish, unloading on Tennyson who was unable to stem the flow of heavy fire coming his way and referee Michael Alexander stepped in to save him from further damage after 2.10 if the opening round.

It was a disaster for Tennyson who had been making waves, but will now have to go back to the drawing board and embark upon another rebuilding job to get back into contention.

"It was like a penalty kick that we missed," said manager Mark Dunlop as he reflected on the defeat.

"I thought James should have just felt his way around (early) to see what we had, but he went out there - the two of them did - into the middle of the ring and started swinging.

"Ultimately, James got caught and that was it. It was all over before it had begun."

Dunlop revealed that this will be the last time Tennyson fights at 135lbs and will now campaign in the light welterweight division going forward having struggled to boil down to lightweight for this contest.

That is not an excuse for his defeat that arrived due to simply being out-gunned by a man who they knew little of in the build-up, but a reality that the Poleglass man's body continues to grow.

"I think he worked far too hard on the weight," Dunlop opined.

"He worked very hard at it and I don't know if it was the hotel (bubble), being locked away for a week, but it was just hard for him to get the last couple of pounds off him.

"That's him finished at lightweight, no doubt about it. He's definitely moving up.

"If he had won, then we'd have gone again for the big money (against a top name at lightweight), but he is only 27 so he will come again.

"We just have to play it by ear now and see how it goes. He need a break as he has been training like mad for two years nearly, so "I'm going to tell him to take a few months off and we'll dust ourselves down and see what happens around September time. His pride is hurt more than anything."