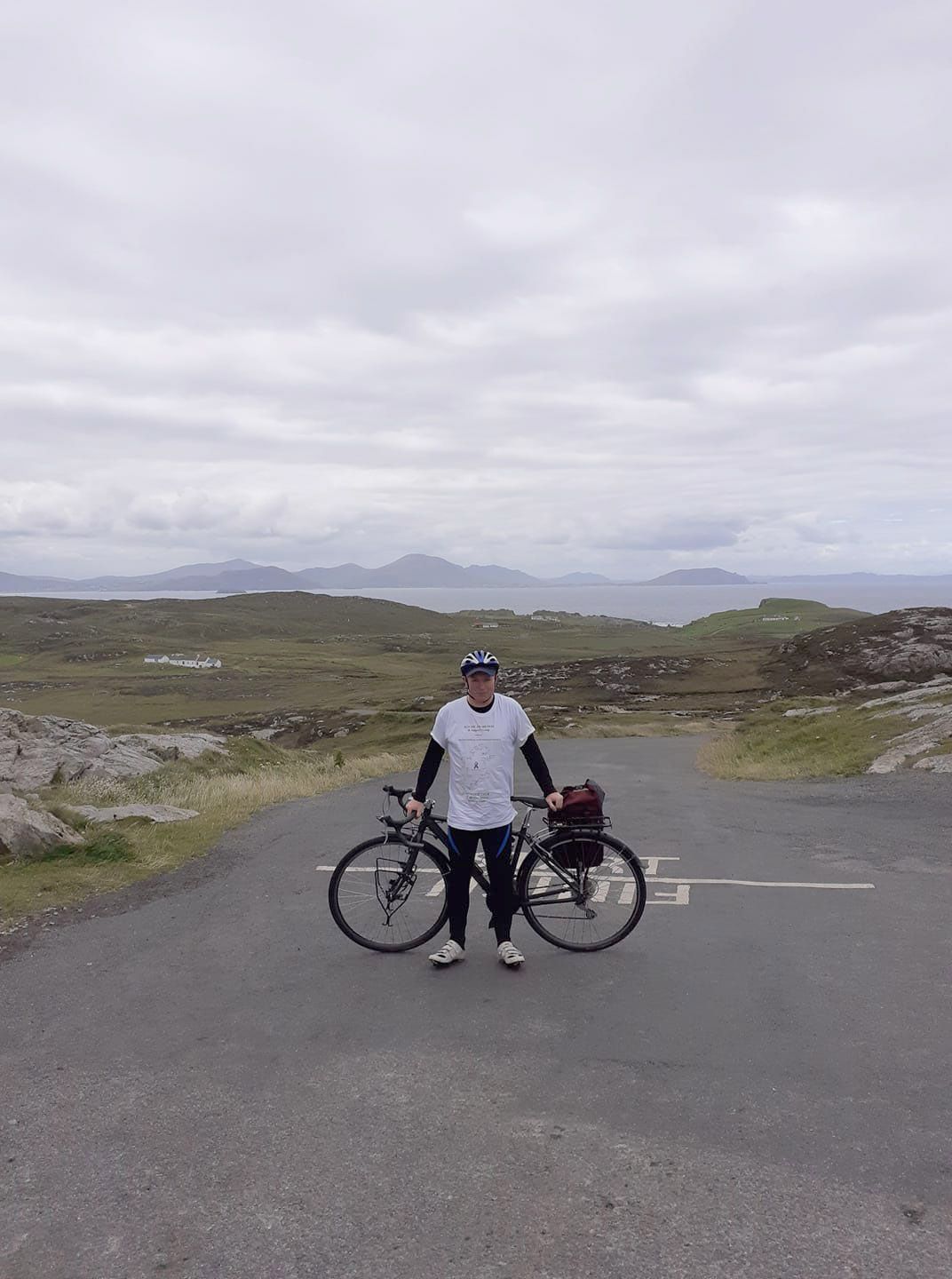 A Beechmount man has cycled 2,100 miles around the coast of Ireland to raise money for suicide awareness.

Joe Mooney (47) set off six weeks ago on July 15 and finally completed his epic cycle last weekend. He is now enjoying a well-earned rest.

All money raised will go to the Suicide Awareness and Support Group, based on the Falls Road.

Joe explained the idea behind his cycle was all about creating awareness around mental health.

“I was a keen cyclist about 20 years ago but had to stop after getting a knee injury. I resumed cycling just leisurely,” he said.

“I have always wanted to cycle around Ireland and I thought I might as well do it for a worthy cause.

“Suicide awareness is an issue close to so many people, including myself, my family and friends.

“The Suicide Awareness and Support Group is such a brilliant organisation. I think men especially are perceived to be weak when it comes to speaking up about mental health. I see it as a sign of strength.

“This charity is there for everyone. They pull that wall down and allow people to open up and talk so they are not alone.

"I wore their t-shirt throughout the whole trip. People recognised the charity and stopped to have a chat with me and donated money. The message on the t-shirt of suicide awareness says everything and it was all about getting the word out there that there are people out there to help you.”

Joe is also grateful for all the support he received from strangers throughout his cycle.

“The whole experience was great. I stayed in hostels and did a good bit of camping along the way.

“The generosity of people was unbelievable. I experienced so much kindness with complete strangers giving me food and water along the trip, just because of the important message of suicide awareness.

“I wanted to raise awareness of mental health issues and to keep our communities safer from suicide and I hope I have done a small bit to achieve that.”

At the time of writing, Joe has raised £1,146. To donate to Joe’s ‘Cycle for Life’, visit https://www.justgiving.com/fundraising/joe-mooney73