Joe McDonagh Cup: Antrim advance into the final after thumping win over Meath 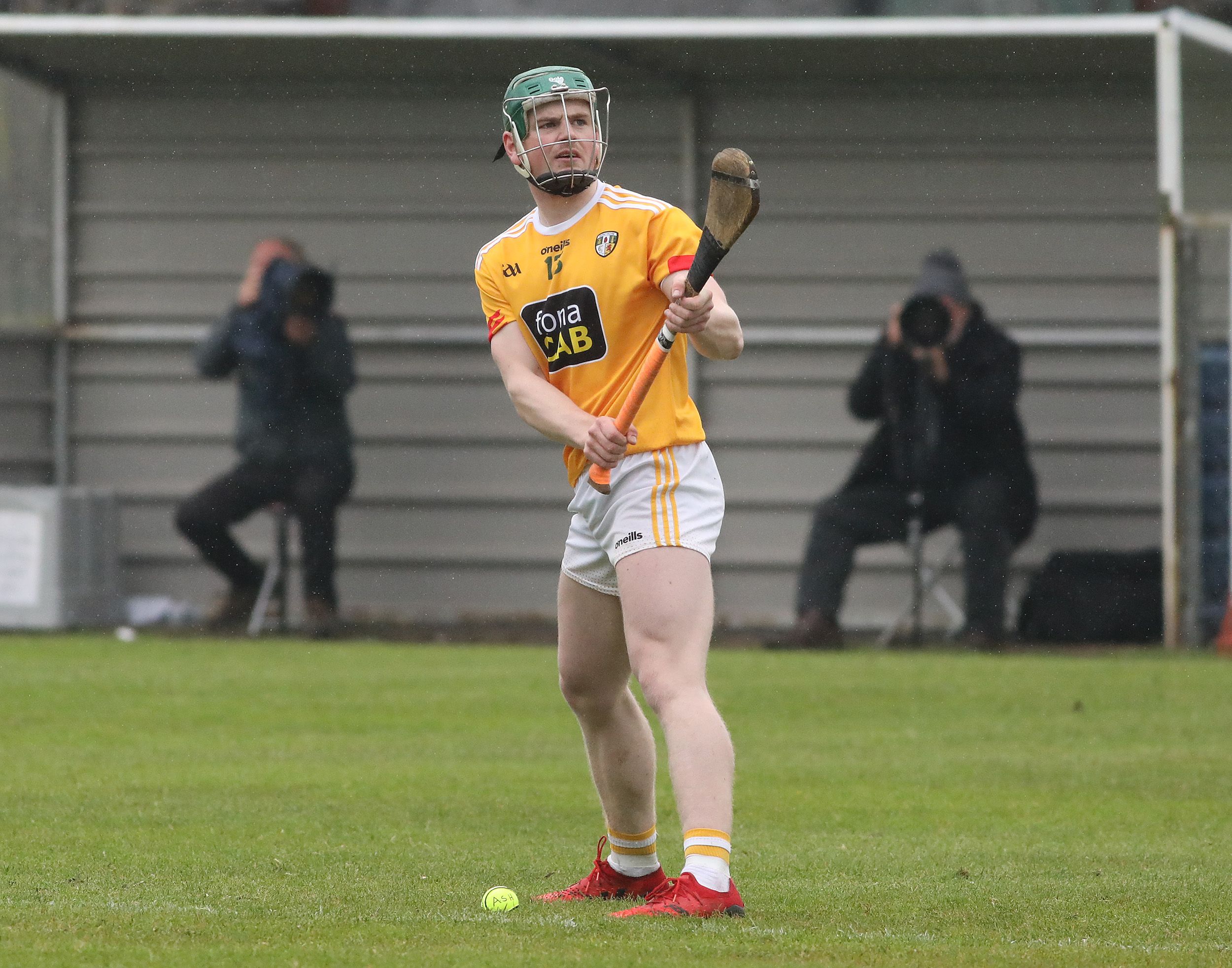 ANTRIM'S place in the Joe McDonagh Cup is secured as they romped to a 27-point victory against Meath at Pairc Tailteann this afternoon to maintain their 100 per cent record in the competition.

This game was over as a contest at the break with 20 points between the teams with the second half becoming a rather pedestrian affair as Antrim had completed their mission and Meath's attention turned to next week's game against Down in Ballycran that is a de facto relegation playoff.

The Saffrons had 11 different scorers with Conal Cunning top-scoring for his team with a dozen points, that tally eclipsed by Meath's Jack Regan who finished with 2-8.

"We were wasteful at times and just played at a middle level there today to get the job done. We've loads to work on but are where we planned to be, inside in the final."

Antrim couldn't have had a better start as just 50 seconds in, Conor McCann doubled on a broken ball after Conal Cunning's free dropped short and their second major came on seven minutes with McCanbn again the man in target as he took Cunning's knock-down in stride to cut left and fire low.

After an exchange of points, goal number three came as Paddy Burke broke forward, fed Seaan Elliott who was crowded out but in the ensuing scramble, Burke prodded home to make it 3-4 to 0-2 with 11 minutes played.

It was already looking ominous for Meath, but after Kevin Keena struck a point, they had their opening goal as Damien Healy rose above Gerard Walsh to catch and he was fouled inside the area for a penalty that was tucked away by Jack Regan.

Antrim replied with six points on the bounce through Conal Cunning (two), Michael Bradley, Niall McKenna, James McNaughton and Elliott, but Meath would get a second goal on 25 minutes as they were awarded a 20-metre free in front of goal after Stephen Rooney was penalised for an off-the-ball infringement and Regan found the net.

Antrim simply powered on into half-time with five of the next seven points before their fourth goal arrived and Burke grabbed his second as an excellent ball from Niall O'Connor put him in on the left and the Cushendall man cracked home.

Elliott then got in on the act as James McNaughton teed him up in stoppage time and when Eoin O'Neill lashed over to make it 5-16 to 2-5 at the half, all of Antrim's starting forwards and midfield had registered.

After Cunning knocked over a 65 for Antrim just after the restart, Meath had a second penalty as Healy was fouled in the area, but this time Ryan Elliott turned Regan's shot around for a 65 that was converted.

The game was really becoming disjointed with the pace visibly dropped although Antrim did get a sixth goal as James McNaughton whipped home on 48 minutes.

Cunning and Regan were to the fore, while Antrim's full-back Walsh lashed over points either side of Meath's third goal when Jack Walsh finished from close range after Éamon Ó Donnachadha passed inside.

Ryan McCambridge hit two points off the bench for Antri and Niall McKenna clipped over his fourth of the day before being shown a straight red on 67 minutes for swinging back at Darragh Kelly.

While goal chances came and went for Antrim with Charlie Ennis making some fine saves, he couldn't prevent Eoinb O'Neill in stoppage time who batted home and although Meath had the final three points of the game, Antrim were comfortable winners to book their place in the June 4 decider with a game to spare.

"We have to look at that realistically too," added Gleeson.

"Meath had their eye - even if they beat us - on Down next week. That's going to be a big task for them in Ballycran and whoever wins that stays in the Joe McDonagh. You'd know by it as it was nearly pedestrian and everyone got sucked into that pace.

"There were a lot of basic errors and a lot of time on the ball, didn't use it as well as we would have liked. The ball handling was good at times but look, we're in the final and that's where we wanted to be at the start of the year. Four wins from four so I'm happy with that.

"We came to an away venue and had been beating the drum all week that we'd be mad tuned in for this as it was an important game, a semi-final for us really.

"We're in the final now and the focus was good from the whole group. I'm disappointed with the red at the end for Niall as he's coming back from injury. It was minimal what was going on, holding hurleys and the hurley went back. Niall probably needed another game next week to keep him on the right trajectory, but we will get that into him at training."