Happy visions of a much loved son 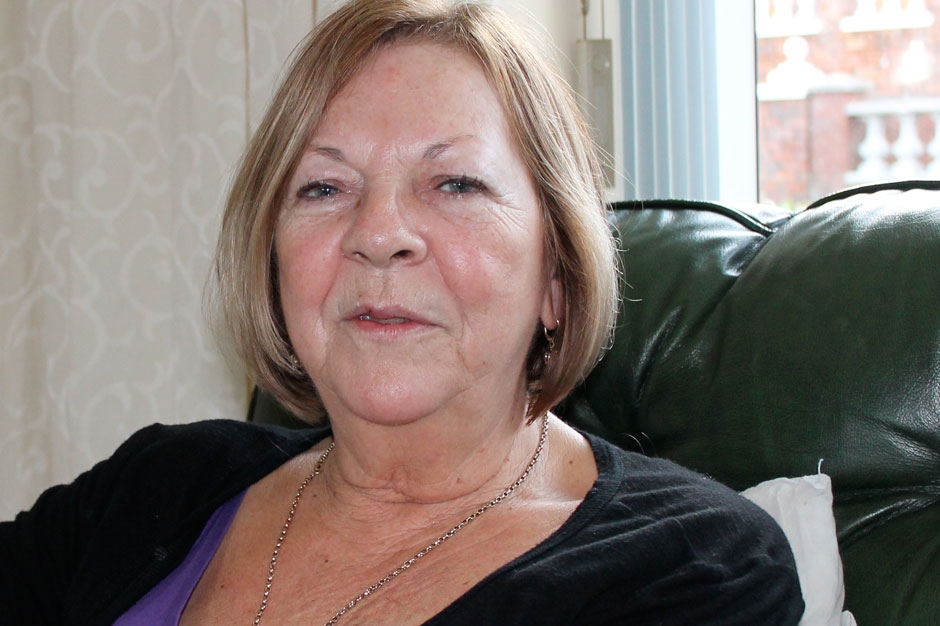 Mary Enright and her husband Terry are cheerful people. When I visit them, Mary chats about the weather, Terry has a little laugh at how different my head looks when I take my cap off.  Then he leaves and I sit down with Mary. It’s 12 January 2012: the day before,  11 January,  was the anniversary of  their son Terry, who was shot dead by the LVF in 1997. Mary tells me how she heard the news.

“One of our neighbours said ‘Your Terry’s been shot, they have him at the Mater’. It never entered my head he was dead, even though I knew he was shot. Sure nobody could shoot our Terry – our Terry’s a big strong fellah!  I remember going into the hospital and saying ‘Can we see him now?’  I just took it for granted he was alive and I was going to see him. They said ‘We’re just waiting for his wife coming down’. So we waited until Deirdre came down and that’s when the doctor brought us into a  room and told us. We should have known when they brought us into the room. I remember standing outside afterwards – I had to go out and get a bit of air, I thought I was going to faint – and this cop came over to me. I don’t know who he was,  but he came over and he said ‘If it’s any consolation, he didn’t suffer’. I suppose it was nice of him to say it. But officially no one had contacted us to tell us it had happened.”

Her son was twenty-eight when he was shot dead. What kind of person was he?

“Terry was funny – he liked the style, that kind of thing. This time he’d been to the barber’s, they must have been keeping him going, saying he had a bald spot.  He said to me ‘I think I’m going a bit bald’. Here’s me: ‘No you’re not!’ Then he said ‘I’m near thirty’. I said ‘How are you near thirty?’ He says ‘I’m twenty-eight’. I says ‘You’re not near thirty until the day before you’re thirty!” He was funny, and you have those things to think about.”

What about his killers – how does she feel towards them?

“We don’t know who killed him. But we had a phone call years ago to say that some man had rung and said that he was in some pub in East Belfast, and these people were boasting about doing it.  I don’t even think about the people who did it – to me they’re nothing. They’re more to be pitied. What had they to offer anyone?”

So now, fourteen years after his murder, when she closes her eyes and thinks of Terry, what does she see?

“There are times you see him as a kid.  You see him doing the dancing -  he did Irish dancing and he loved it.  And there are times I see him with a hurl in his hand - he was very sporty. And he never forgave me for taking him away from the boxing! They had started to talk about brain damage, and I said to him “You know, Terry, you could end up getting damaged, you’re not going back to the boxing!’ But he loved it. So I see him looking at me with the wee boxing vest on him – because he was quite a skinny kid. Then he sprouted up big, in a matter of months it seemed.”

Does she visit his grave very often?

“I’d be down at his grave every week. I would go down and sometimes I say a prayer and sometimes I don’t. Sometimes I talk to him, and then I say ‘What am I talking to him for, sure he’s not there!’

“I remember speaking to a woman in Ardmonagh who’d lost a son. I think  it was the first year  after his death and it was the winter time. She says to me ‘How’re you doing?’ I said ‘It’s crazy. I remember going down to the cemetery and saying ‘He shouldn’t be lying here, with the snow and all’ . She said ‘I know , it happened to me too. I remember going down to the graveyard with a blanket, and then saying ‘What am I doing?’”

Even when she’s sleeping, her dead son can be in her thoughts.

“I’ve had several dreams about him. They were all nice dreams - he was totally alive and was as happy as Larry in them. I remember waking up with the tears tripping me, because I was convinced he was alive, that he was here. And I said to my husband Terry ‘It was so real!’.

“At the same time it just leaves…an awful emptiness. No one knows the pain.

“But I’m also a strong person, and I was determined they weren’t going to destroy my family. I said  to my three boys ‘We need to be strong. It’s unfair, Terry had so much to offer, it’s unfair that we let anyone destroy us. We need to work together and help each other.’ And they did, and they have to be congratulated. Great lads”.