Julie-Ann: I want to be MP for North Belfast 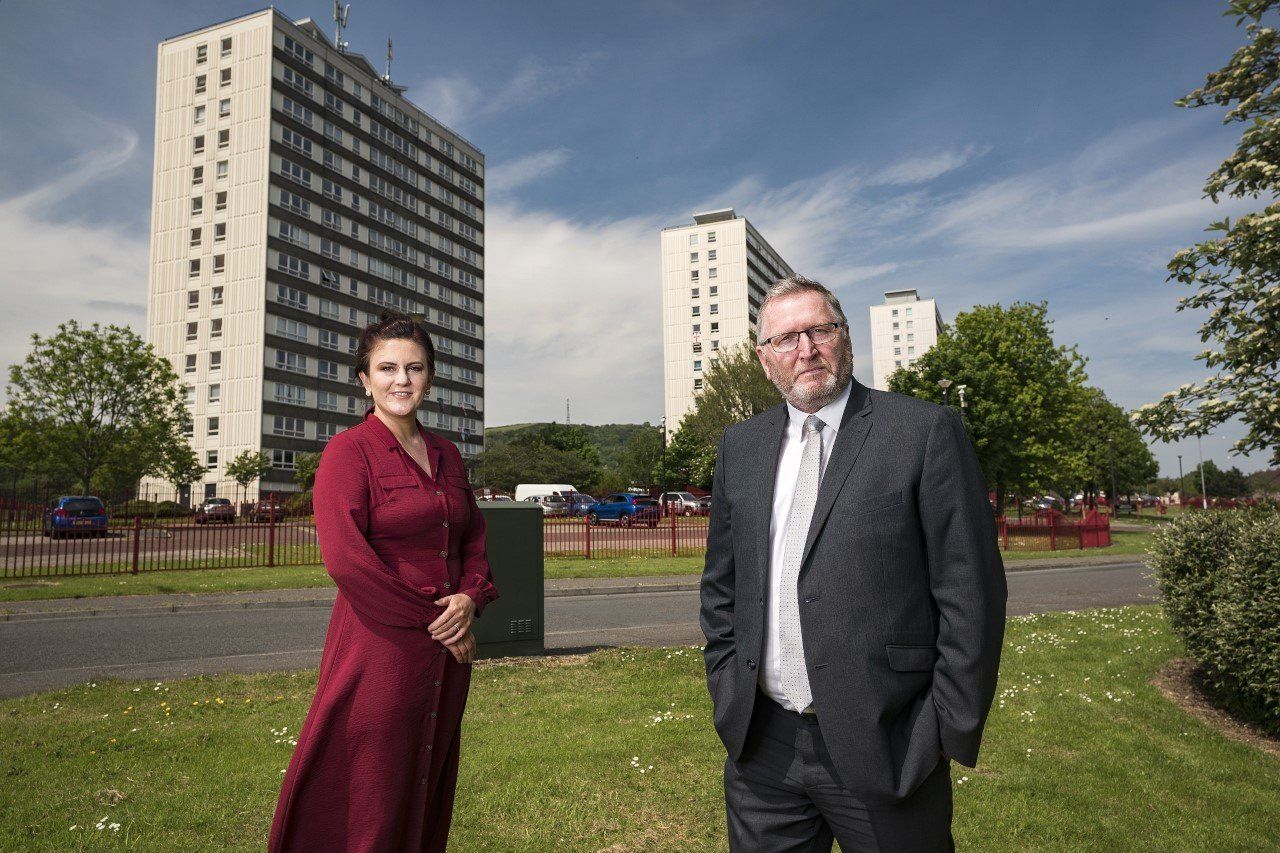 NEW Ulster Unionist Party representative for North Belfast, Julie-Ann Corr-Johnston says her ambition is to represent the constituency at Westminster.

The 33-year-old was a member of the PUP for eight years before leaving politics in 2019 after failing to retain her Belfast City Council seat.

Last week the UUP, under new leader Doug Beattie, announced that Ms Corr-Johnston would be the party’s representative for North Belfast.

In an interview with the North Belfast News this week, she spoke openly about her switch to the UUP, the protocol, issues facing North Belfast, as well as her political ambitions in her new party.

“I was a member of the PUP for eight years and my time there was well spent,” she explained.

“There was no big drama or story why I left. The spark died and I could see those on the ground were moving towards a more aggressive unionism.

“I felt really disillusioned after the council election. I just fell out of love with it. I have two small children and got that precious time with them that I didn’t have previously.

“Doug Beattie had always joked with me in a way about joining the Ulster Unionist Party. Over a few months, we had been talking and the conversations got serious when he was announced as leader.

“The second I met with him, I just knew it. He starting selling his vision to me and he really gets that Northern Ireland’s place in the Union cannot be measured by the strength of its parties but on the social and economic measures of the people that live here.

If you haven’t already heard - I have some news.

“He also gets that unionism is not an identity. It is an ideology that can be shared across different identities.

“I identify as a loyalist but my ideology is unionism.

“In a long story short, he reignited that fire in my belly. His enthusiasm is so infectious and here I am.”

As for the major unionist issue at the moment – the Northern Ireland protocol – Julie-Ann recognises the problems associated with it but says she wants to seek solutions rather than getting involved in a blame game.

“I largely support the party’s position which is that we recognise there are problems with the protocol but rather than just pointing at them and placing blame, there needs to be solutions and alternatives proposed.

“The protocol is not going to be addressed at the Assembly but at Westminster, Europe and the Irish government.

“The biggest issue for me right now is our health crisis and the fact there are 300,000 people on waiting lists.

“I recognise the volume of conversation for a United Ireland is turning up. I am not one of these unionists who denies that is happening. People are looking for something different.

“The education system is also broke in that it is segregated and a vast majority of children on school meals leave school with no meaningful qualification for employability.

“People say the welfare system is great with the benefits and pension but we have a cruel system and the worst pension rates in Europe.

“Rather than trying to sell the Union, we need to fix it. We need to achieve our shared aspirations – civil and religious freedoms, equal citizenship and material wellbeing.

“For too long, there has been a politics of division here. I want to bring about sustainable change for everyone in Northern Ireland.

“We have SDLP and Sinn Féin talking about a United Ireland and the DUP talking about the Union being under threat, but who is holding up the Good Friday Agreement?

“That document belongs to me and my kids. Why am I supposed to believe it is going to work if the parties are looking elsewhere?

“Parties need to deliver on their promises to make this place work.

“The DUP have discriminated against LGBT people for years but at the same time, wore that badge of honour which is the Union.”

As for North Belfast, Julie-Ann admits she has really missed the ‘bread and butter’ politics of helping local people out in the constituency.

“I am the party’s representative in North Belfast but I have every intention of putting my name forward in the future.

“I live and breathe North Belfast. I was born there, still live there and I'm bringing my kids up there.

“There are so many issues out there and I can’t wait to get my teeth stuck into them.

"One thing I have really missed was bread and butter politics with people contacting you needing your support and ultimately finding a solution.

“When I walk down the road, I see multiple vacant sites while our housing waiting lists grow and grow.

“There are also economic prospects with small businesses and people who are self-employed struggling to keep their heads above water.

“There are still a huge number of people living below the bread line and we need to improve the opportunities that exist.”

She added: “Northern Ireland is working. It is a hub for creativity and innovation. We are the number one investment city for US cyber crime firms and 30 per cent of world airline seats are made here.

“We have a growing television and filming industry due to our landscape, our skills and our assets. There is a lot to be proud of.

“We just need good governance which at the moment, I don’t believe we have. There is not shared power here as such, all the major departments are assigned to different parties and managed in whatever ideology you believe in. The reality is that we are not sharing anything.”

If selected as the UUP’s candidate for upcoming elections, Julie-Ann has high ambitions, including a seat in the House of Commons.

“The end goal for me, with party support, is Westminster and to represent North Belfast in the House of Commons.

“I think we are on the tipping point of some significant change in Northern Ireland which I think is long overdue. The idea of keeping ‘themuns’ out has never registered with me.

“If selected, it will be my job to win the hearts and minds of the North Belfast electorate and convince them through me that we can bring about sustainable change.”