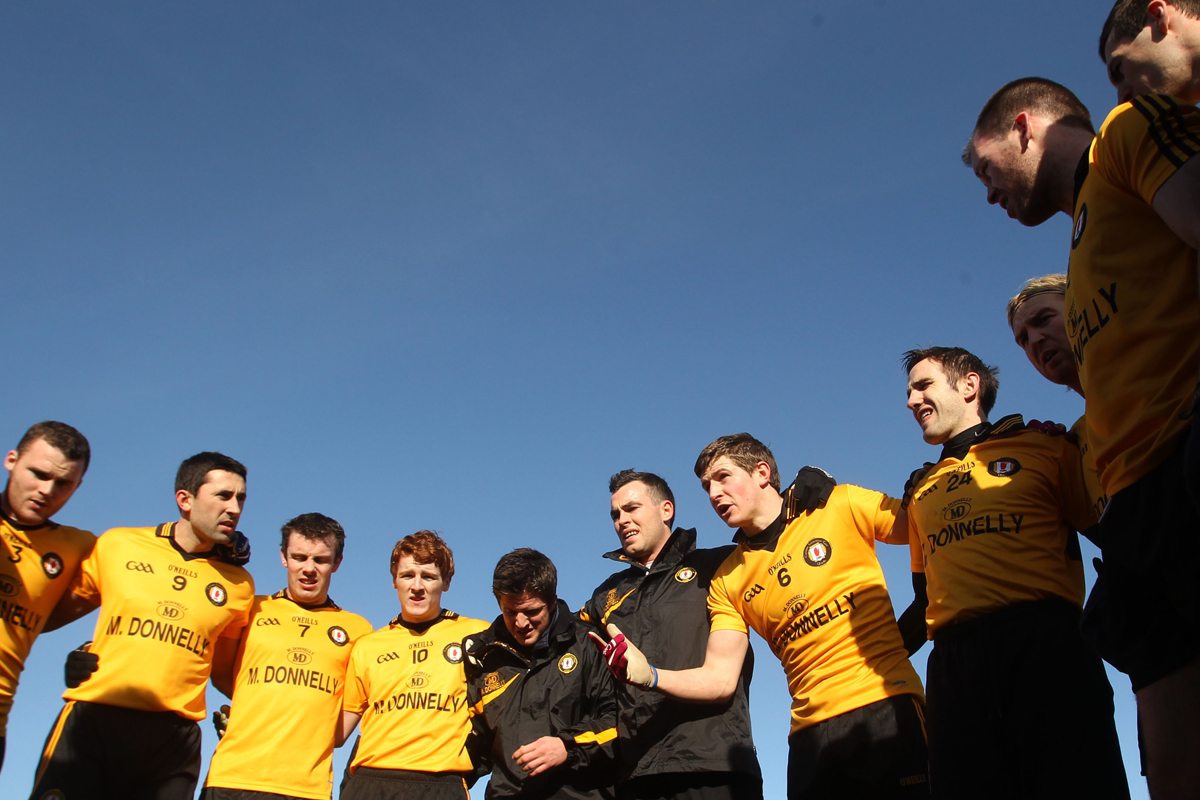 ULSTER inter-provincial manager Joe Kernan was quick to sing the praises of James Loughrey who played a key role in helping the northern province into this Sunday’s inter-provincial final in Armagh.

Loughrey had a fine game and even chipped in with a point as Ulster overcame Connacht 3-16 to 0-11 during last weekend’s semi-final in Sligo.

His appearance in his familiar wing-back role was the first time a player from St Brigid’s has represented Ulster but the former All-Ireland winning manager insisted both Loughrey and his Antrim team mate, Tomás McCann, were there on merit.

Indeed, the Crossmaglen man said the presence of players from eight counties is the reason why the competition is so special.

“James did very well for us at the weekend. I spoke to Liam Bradley and he couldn’t praise him enough,” he said.

“Tomás is playing really well too, so it’s great to have them in. I keep saying that the beauty of the competition is that you have all these great players in the same team and there were even some northern people who made the long trek to Sligo at the weekend.

“It was great for them that they were able to go and watch players from their own counties and clubs.

“Every county was represented from Ulster except Fermanagh who had a league game over in London or else we would have had some of their players.”

Ulster put in a stunning performance at the weekend to put themselves in position to retain the title they won in 2009 (the last year the inter-pros were played).

Goals from Peter Harte, Mark Poland and Martin Penrose ensured the men from the west were brushed aside with relative ease.

However, Kernan is expecting a tougher test this week against a Munster side that had three points to spare over Leinster.

With Cork and Kerry, two of the giants of the modern game, perhaps it was surprising to note that Munster’s full-forward line of David Tubridy (Clare), Gary Hunrey (Waterford) and Ian Ryan (Limerick) were the stars of the show, chipping in with 1-10 between them.

“I was delighted that we won and how we played, but it is great to now be in the final,” added Kernan.

“The boys put in a very good performance, played some lovely football and it was a pleasure to watch.

“Munster will be better. It is surprising that they had a full-forward line of players from Limerick, Waterford and Clare that were the stars of the show but that is the beauty of the competition.”

The attendances at last weekend’s semi-finals in hurling and football drew disappointing crowds and yet again, GAA President Christy Cooney has suggested this as a reason why the series should be ended despite it being against the wishes of the players.

Kernan has urged the Ulster football public to come out in force to show there is still interest in the competition and is confident the quality on show will be worth the trip.

“I know there are some people who are happy there are low attendances,” slammed the Ulster boss.

“They took the game last week to Sligo, which isn’t a GAA town, and they are wrong to do that.

“We would be hoping this week the GAA do something like let parents in free if they bring their kids or something.

“If every county goes along and supports it then I would be hoping for five or six thousand in Armagh this weekend.

“The quality of football and players is unbelievable.

“We are always complaining the quality of football is poor but if you saw these boys last week the football just flowed out of them and it was a joy to behold.”