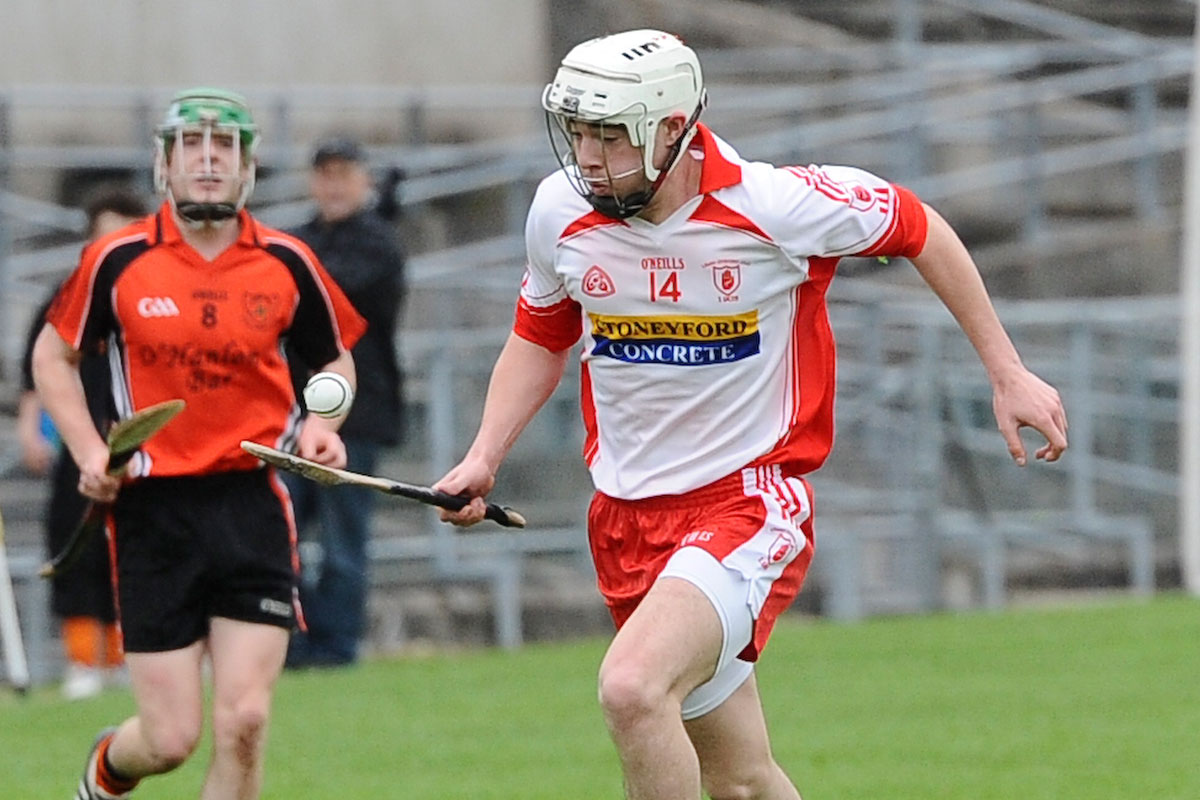 LÁMH Dhearg hurling manager Damien McConville admitted that Sunday’s victory in the Intermediate Championship final was the realisation of their 2011 ambitions.

The Hannahstown men had to battle back to claim victory at a blustery Casement Park on Sunday but did so with aplomb to edge out a fine Cloughmills challenge by three points.

Having suffered heartache two years ago when they were edged out by St Gall’s after a replay, the Lámh Dhearg boss admits the extra effort from the players has ensured they finally achieved their goals.

“We are over the moon because that was our main priority this year – winning the Championship,” he said.

“It all started back in November/December when we put our plan in place for the start of pre-season.

“Usually we would start training in February or March but this time it was the first week of the New Year and that was our main priority.

“Everybody has bought into our hurling structure this year. It has been complete player buy in and everybody is 100 percent focussed on it now.”

On a horrible day for hurling, the Red Hands appeared nervous in the opening stages and despite a wonder score by Brendan Herron when he split the posts from the tightest of angles, they found themselves 0-6 to 0-2 in arrears.

Playing with a gale at their backs in the opening period, a four point deficit would not have been an ideal scenario at the break but Lámh Dhearg were thrown a lifeline in first half injury time when Brendan Herron blasted a twenty metre free into the net.

The West Belfast men still had a mountain to climb in the second half as they were playing into the wind but they seemed totally rejuvenated and took total control of proceedings.

The introduction of Paddy Cunningham also provided an added spark as they found their form and began to keep the scoreboard ticking over.

Cloughmills had completely folded although a late goal did close the gap to three but this was too little too late as Lámh Dhearg were crowned champions for 2011.

A relieved Damien McConville said that nerves had possibly contributed to their slow start but praised his more experienced players who stepped up when it counted.

He believes that with the Antrim title now in the bag, the players can relax a bit more as they enter into the Ulster Championship.

“I think we were maybe a bit jittery in the first half because we lost it two years ago against St Gall’s,” admitted McConville.

“Maybe we were thinking that this was our time and we didn’t get started the way we hoped to.

“When Brendan Herron stepped up and put the ball into the net five minutes before half time that settled us down a bit.

“The introduction of Paddy Cunningham at the start of the second half made a big difference to us as well.

“The monkey is off our back now. We can maybe enjoy our hurling a bit more and throw the shackles off a bit so we can play as well as we can.”