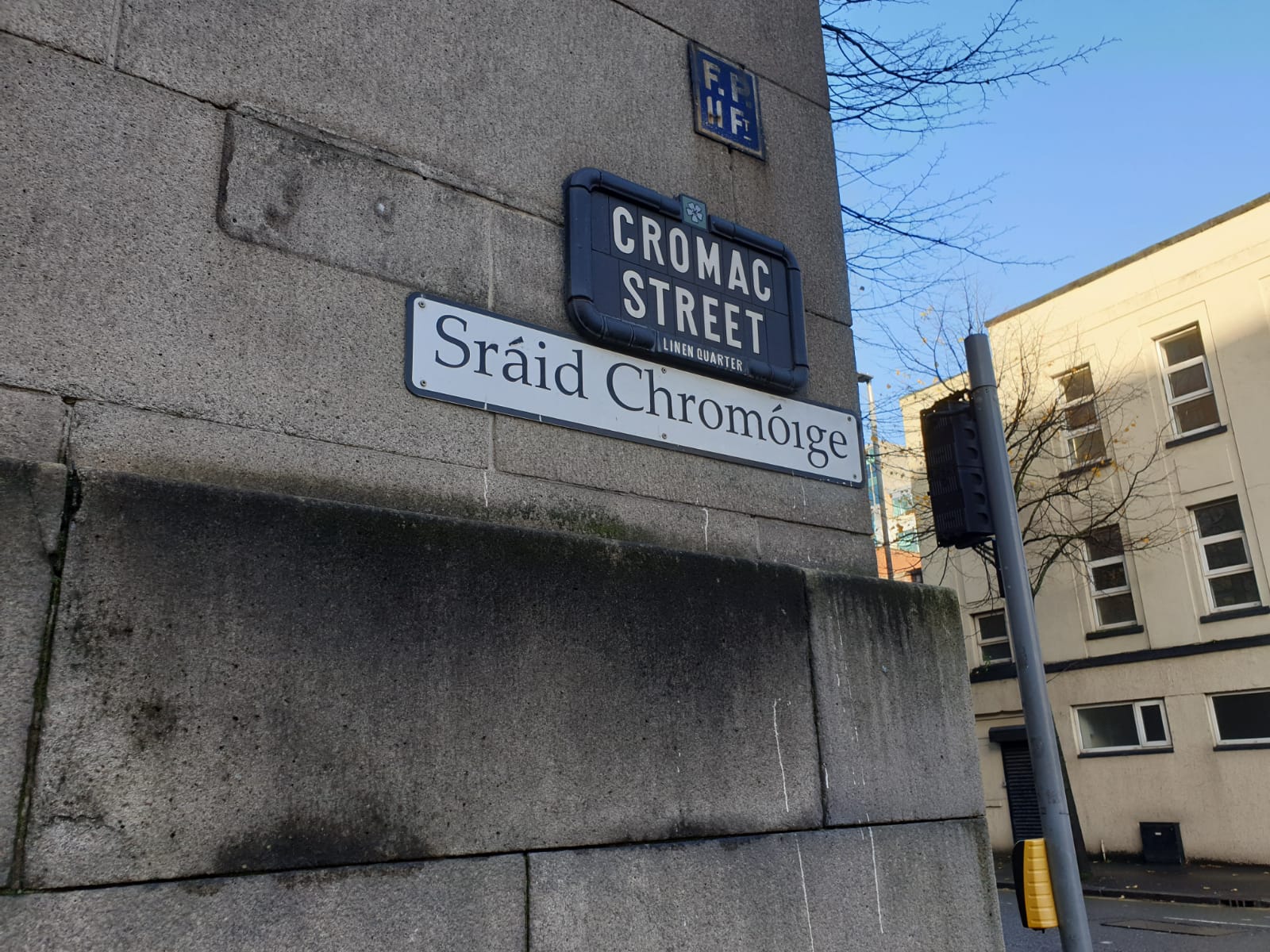 CHANGE IN THE AIR: 30 years-plus since the DUP introduced a restrictive policy on Irish street names, residents are being asked for their views on a new policy

The new policy, which councillors voted for last year, would allow the process for erection of bilingual signage in any given street to begin following an expression of interest by resident(s) or councillor, with a percentage of 15 per cent of residents required to carry the change.

If implemented it will formally overturn current policy — introduced by the then DUP-controlled Council in the late eighties — which requires 33 per cent of the eligible electorate in a Belfast street to sign a petition to begin the process.

The current policy requires a two-thirds majority for a bilingual street sign to be erected, whereas non-returned letters and  ‘Don’t Care’ responses are considered as votes against.

Council's consultation on the new policy will last for 14 weeks and finish on Monday 28 February 2022 and everyone interested in this issue is encouraged to provide feedback.

A Belfast City Council spokesperson said: "The aim of the revised policy is to promote regional and minority language rights, and to benefit and enhance the diverse linguistic communities within the city, through the adoption of dual language street signs as and where appropriate. The Dual Language Street Signs Policy applies to all languages."

Commenting on the opening of the consultation, Ionad Uíbh Eachach Irish Language Development Officer, Brian Mac An tSionnaigh said: "It's essential that the language is visible on public buildings and streets, because if we're not able to see the language how are we meant to promote it?

"How can we inspire people to speak it if they can't see it? The priority is to make the language visible."

He continued: "The majority of street signs in the city derive from the Irish language, and it tells the story of the area.

"It gives people a sense of recognition of where they come from. It's important for people to understand where the name comes from, and what it actually means. That all comes from being able to see the language."

He added: "We know that the demand is out there for the street signs to be erected bilingually, so what we need now is people to put their views forward on this.

"We need people to take part in this consultation to show that the demand is there."

The consultation is available to access and view on the Council’s engagement platform Your Say.

Information on how to register for these sessions can be found here. https://plannd.co.uk/bcc-consultations/