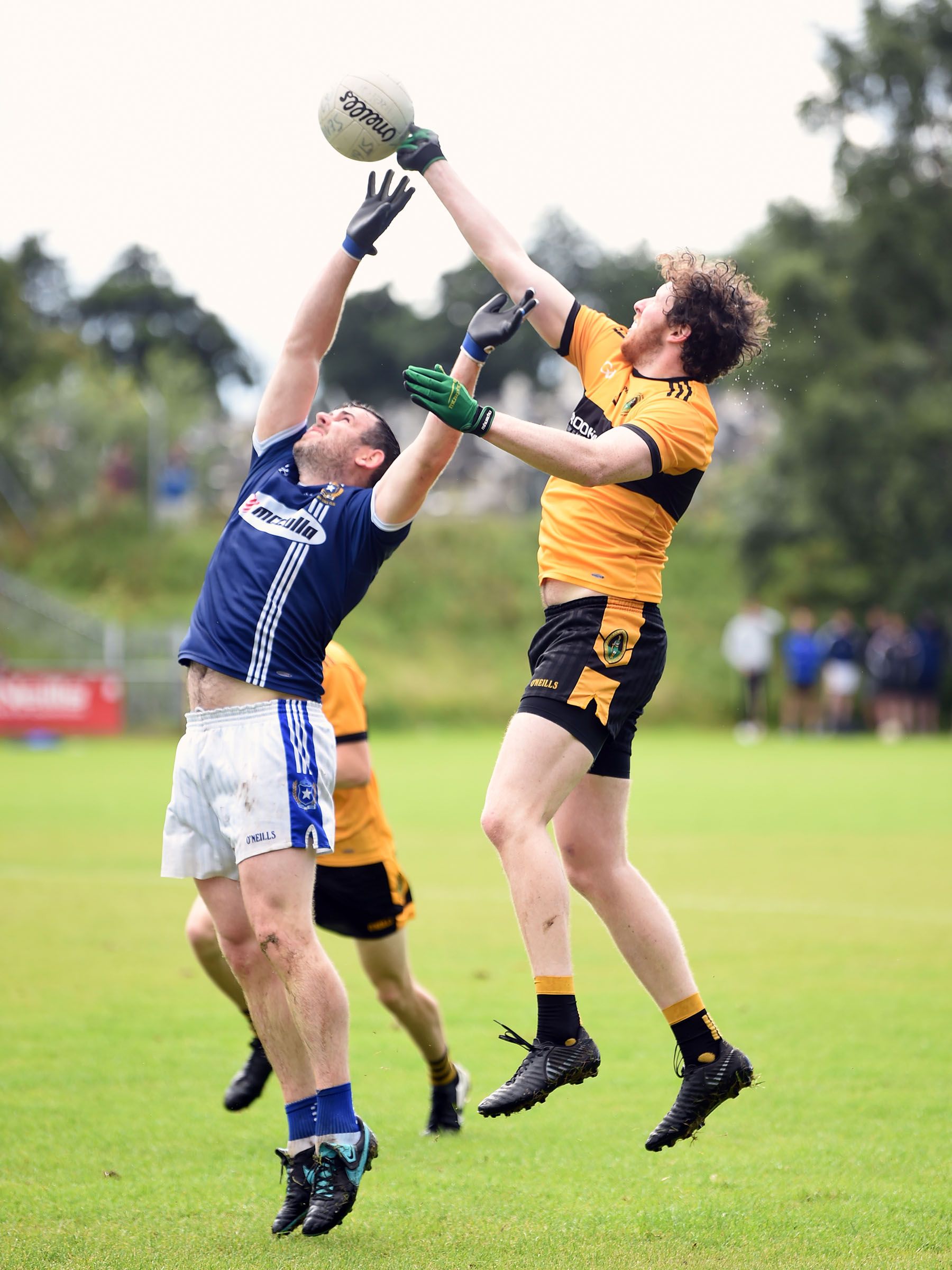 THE final round of round robin games in the Northern Switchgear Antrim Senior Football Championship are down for decision tomorrow evening (Wednesday, 7pm) with some matters still to be resolved.

Some of the quarter-final pairings are already knows, but others are far from settled and they will be confirmed by 9pm tomorrow night.

In Group One, Ahoghill host Creggan with the hosts requiring a nine-point win to not only make the last eight, but top the group in the process given their -11 scoring difference making it so.

The visitors failed to seal their qualification at home to Portglenone last week who look likely to advance regardless of what happens tomorrow night, but Creggan - finalists two years ago - will be determined to get back on the winning track and secure top spot.

Ahoghill never make it a comfortable night for any opposition and they will certainly be competitive, but it is a huge ask to overturn the scoring difference
Group Two will see Lámh Dhearg host Rossa with he visitors needing to simply avoid a nine-point defeat to secure a place in the quarters.

Last week's draw against St John's - the second in this series of games - left the Jeremiah's in a strong position heading to Hannahstown to face a Red Hands' team that already know they have topped the group and will face Ahagallon on Sunday.

However, having won all three of their games, Máirtín Lynch's side will not be keen on having that momentum halted and this is what will give St John's hope who will be watching on from the sidelines hoping the result goes their way.

Rossa have been competitive in each of their games, but did lose out to Lámh Dhearg on home turf three weeks' ago and will know they will get nothing easy tomorrow.
Whether the hosts opt to rest some players ahead of the weekend's quarter-final remains to be seen, but that could afford fringe players the opportunity to put their hand up for a starting berth going forward.

It ought to be a close game, and that will suit Rossa who will hope to emerge to a meeting with Cargin.
The defending champions are already secure on top of Group Three having won five from five and will travel to Musgrave Park to take on the already-eliminated St Brigid's.

The corresponding fixture in Toome was a close affair with Cargin finishing strong to record a three-point win and this game may see a similar pattern given the Erin's Own men have a quarter-final to look forward to on Sunday.

The Biddies will be a little disappointed they aren't still in the hunt for second place, but a pair of defeats to Aghagallon - who are already assured of second place when they visit Aldergrove tomorrow - put paid to their hopes. Still, this is a game when their young, emerging side can gain some valuable experience against the defending champions and finish on a high.

Gort na Móna's enforced withdrawal from Group Four due to a senior player testing positive for Covid-19 means that both Naomh Éanna and St Gall's know they are into the last eight when they clash for top spot in Group for at Hightown.

The Glengormley outfit won the reverse fixture at De La Salle Park to put themselves in pole position to finish top of the pile and Frank Fitzsimons' men will be keen to maintain their 100 per cent run to date against a St Gall's team who are in something of a rebuilding phase, but who also have a number of injury concerns due to dual commitments.