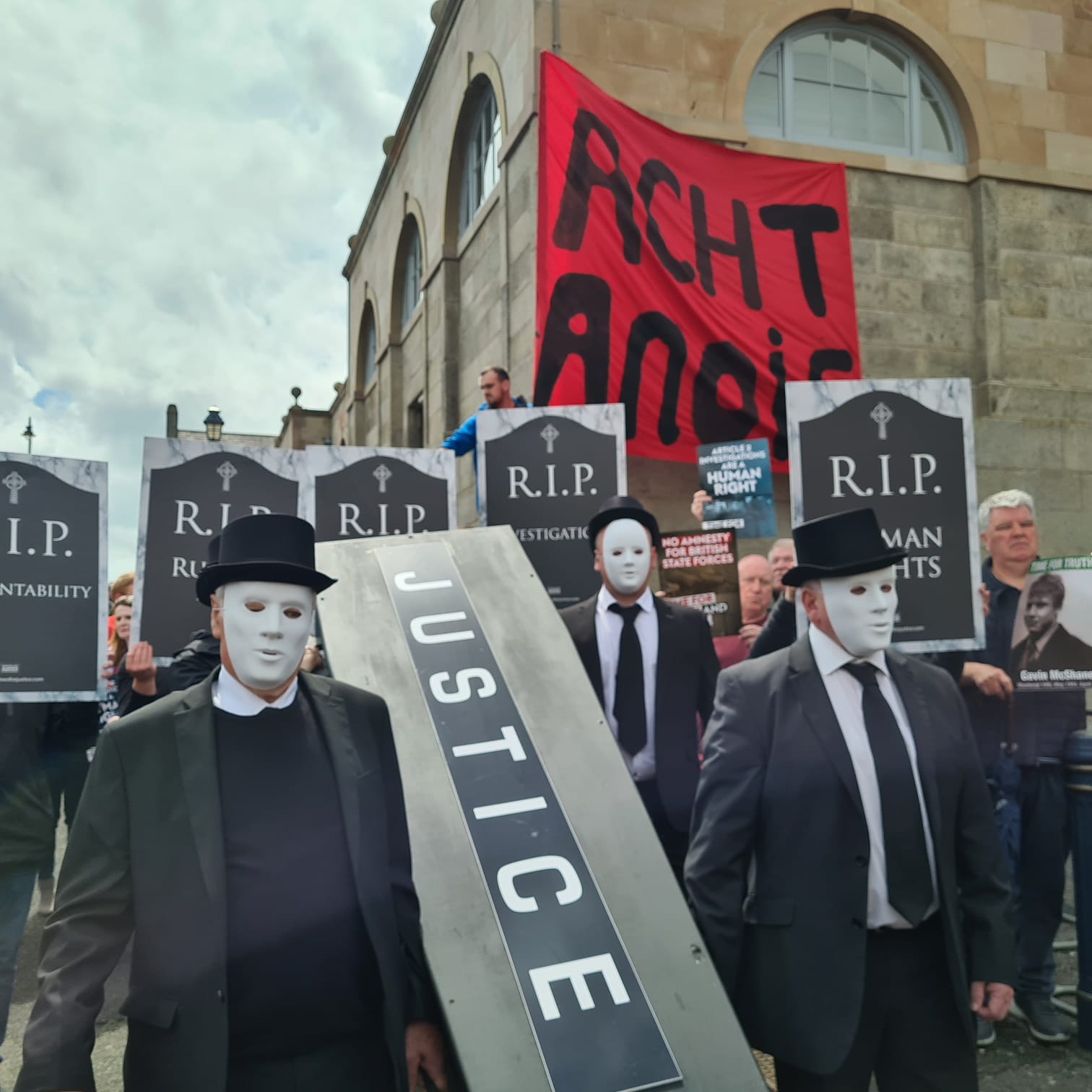 RELATIVES for Justice CEO Mark Thompson has described the introduction of a Bill on Legacy in the House of Commons as "perpetrator-led and perpetrator-centred".

He said there are no investigations in the Bill despite the word being used in media briefings by the NIO.

"This is disingenuous and a ruse by the British government to placate concerns and criticisms," he said.

“Under international law there must be full criminal investigations where accountability is delivered. This Bill does the very opposite.

“We need to remember that this is the very same Tory government that fought families in the courts to prevent disclosure and discovery of information including locking down files for 100 years in some cases.

“And now they are locking down the courts and have the audacity to tell victims the process they propose will deliver and is in society’s best interest. The only interests served are those of the British establishment.

“This is a unilateral move away from the Stormont House Agreement and all legal obligations. It ignores the role of the Irish government and the executive parties.

“No matter what way this Bill is dressed up it still equates to a blanket amnesty.

The proposals brought forward by Secretary of State, Brandon Lewis includes the creation of an Independent Commission for Reconciliation and Information Recovery (ICRIR) which will include process supported by full state disclosure and with the power to compel witnesses.

The government have said that the ICRIR will grant immunity from prosecution, based on an individual’s cooperation with the body’s inquiries. Those who do not cooperate with the independent body will not be granted immunity, and will remain liable to prosecution should sufficient evidence exist, or come to light.

Alongside producing reports on cases it has investigated, the body will also produce a historical record of what is known in relation to all other deaths that occurred during the Troubles.

Included within the proposals is a clause which prevents anyone who has previously been convicted for a Troubles related crime from being granted immunity from prosecution if they were to give evidence to the new Information Recovery commission.

Describing this as a "Bill of shame" Mark Thompson added that the proposal is "a wreckers charter in which the State self-amnesty whilst retaining ability to punish who ever they chose.

"The very antithesis of reconciliation- this is the uk on a war footing through the prism of legacy and victims."

SDLP leader Colm Eastwood MP said that it is incredible that the government would move to publish legislation which will deny victims and survivors their right to judicial process in relation to the murder of their loved ones without first speaking to representatives in the North.

“This British Government has abandoned the concept of partnership when it comes to the sensitive politics of Northern Ireland," he said.

"What they’re about to do regarding the Protocol is unacceptable but to take unilateral action on an issue as sensitive as legacy investigations over the heads of victims and survivors, political parties and the Irish Government is unbelievable.

“In their rush to protect former soldiers they will shut down routes to justice through inquests and civil cases, shield paramilitary killers and fundamentally alter the rights of those who have lost loved ones. All without a serious conversation with those most affected.

“Boris Johnson is preparing to tear up yet another agreement that the British Government entered into willingly. The people who will lose the most from this new process are those who have already paid the worst price for the failure to deal with the legacy of our past. This is no way to treat victims and the SDLP will oppose it.”

Unilateral action by the British government in presenting their Legacy Bill seeks to pull down the shutters on hundreds of family campaigns for truth and justice.

Prioritising the demands of their state forces over families is unjust and cruel. I stand with the families.

Meanwhile, in a post on social media, Sinn Féin's First Minister-elect, Michelle O'Neill has described the proposals as "unjust and cruel."

These proposals come a day after Time for Truth campaigners staged a demonstration outside Hillsborough Castle where Prime Minister, Boris Johnson was meeting party leaders.