ANDRÉE MURPHY: Letter to Brussels is a welcome act of pragmatism 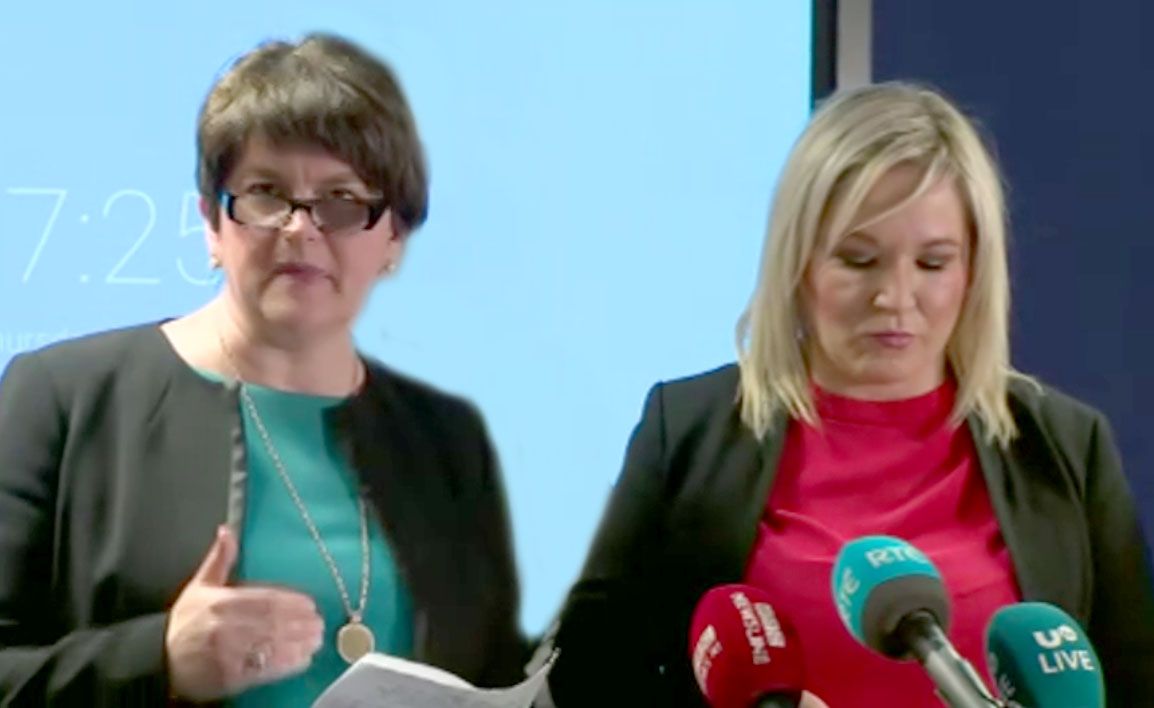 SMART MOVE: The letter to Brussels from Arlene Foster and Michelle O’Neill was worth writing

MICHELLE O’Neill’s and Arlene Foster’s extraordinary joint letter to Brussels on the application of the Withdrawal Agreement’s joint protocol to trade between Ireland and Britain should have stopped the political lights this week.

The last time Brussels received such a letter it was co-signed by the late Martin McGuinness just after the 2016 Brexit vote. Since then, such has been the division between the parties that joint letters were impossible. However, circumstances are so severe that the two parties have now jointly expressed significant concern to Brussels.

The letter, written under the terms of the joint protocol, addresses its current application and raises the real prospect that after Christmas trade between Britain and Ireland will be so severely impacted that basic day-to-day groceries will become unavailable and major supermarkets may pull out of the north altogether.

This is a credible fear as Britain becomes a third country in international trade terms and food goods arriving on the island of Ireland, which will remain under EU regulations, from Britain will need complex and significant paperwork to ensure regulations are being met. That will cost those transporting the food so much that it may become cost ineffective and they will cease trade altogether. That is such a real prospect that it’s already being planned for by major supermarkets. Quite simply, the shelves may well become empty of goods and food we have become accustomed to.

There are some who are very worried that the joint letter lets London off the hook in the trade negotiations. Right now, we know that London has been typically misbehaving in the negotiations and that substantive progress remains elusive. And right now, all blame for the madness is put squarely at the doors of Westminster and the DUP-Tory axis. So, the worry is that the joint ministers writing to Brussels eases the diplomatic pressure on Britain. That is fair analysis, but there are other factors to consider.  London doesn’t care if English suppliers can or cannot trade to the north of Ireland, so that may not be a significant bargaining chip in the first place. The Tories don’t care if Marksies or Tesco continue in the north of Ireland.

Britain could well be playing the long game. They intend to lay the blame for our shelves no longer stocking everyday goods on the EU. The EU protocol means a hard border down the Irish Sea, and that sea border is the price for no border on the island of Ireland. If the British government pull that off, then the protocol will be far less popular in 2024 when our Assembly has to vote for its continuation or to end it. So, in 2024 the protocol, associated empty shelves and our internal border could become the issue, rather than Britain’s bad faith. This has negative implications for the outcome of any border poll. Nice trick.

That the joint First Ministers have put together a politically pragmatic joint letter cuts through much of the complex fine dinery of international trade talks and also outflanks that long term threat to an open border on the island of Ireland, while simultaneously ensuring a lack of disruption to our grocery shopping. All of that ultimately protects the Good Friday Agreement, secures our open border, and pre-empts any interference with the constitutional debate.

Clever, and a letter well worth writing.